The best Perk Package to run in Call of Duty: Modern Warfare 2 beta

Run the best perks in the game

The Perk Package feature is one of the brand new additions to Call of Duty: Modern Warfare 2 multiplayer. During the beta, the feature has been heavily scrutinized and criticized by the community. Fans have even been developing their own way of how they’d handle the new perk system. The main complaint that fans have with the new system is how long it takes to charge up the Bonus and Ultimate Perks.

Regardless of how players feel about the Perk Package system, though, it’s likely going to remain in the game in some capacity. With that in mind, we thought players could benefit from seeing what the absolute best perks to run in their packages are. There’s a wide-ranging amount of options that players have to choose from, but there are a select few that we think stand out from the rest.

Below, we’ll separate the perks into the category they fall into within MW2. 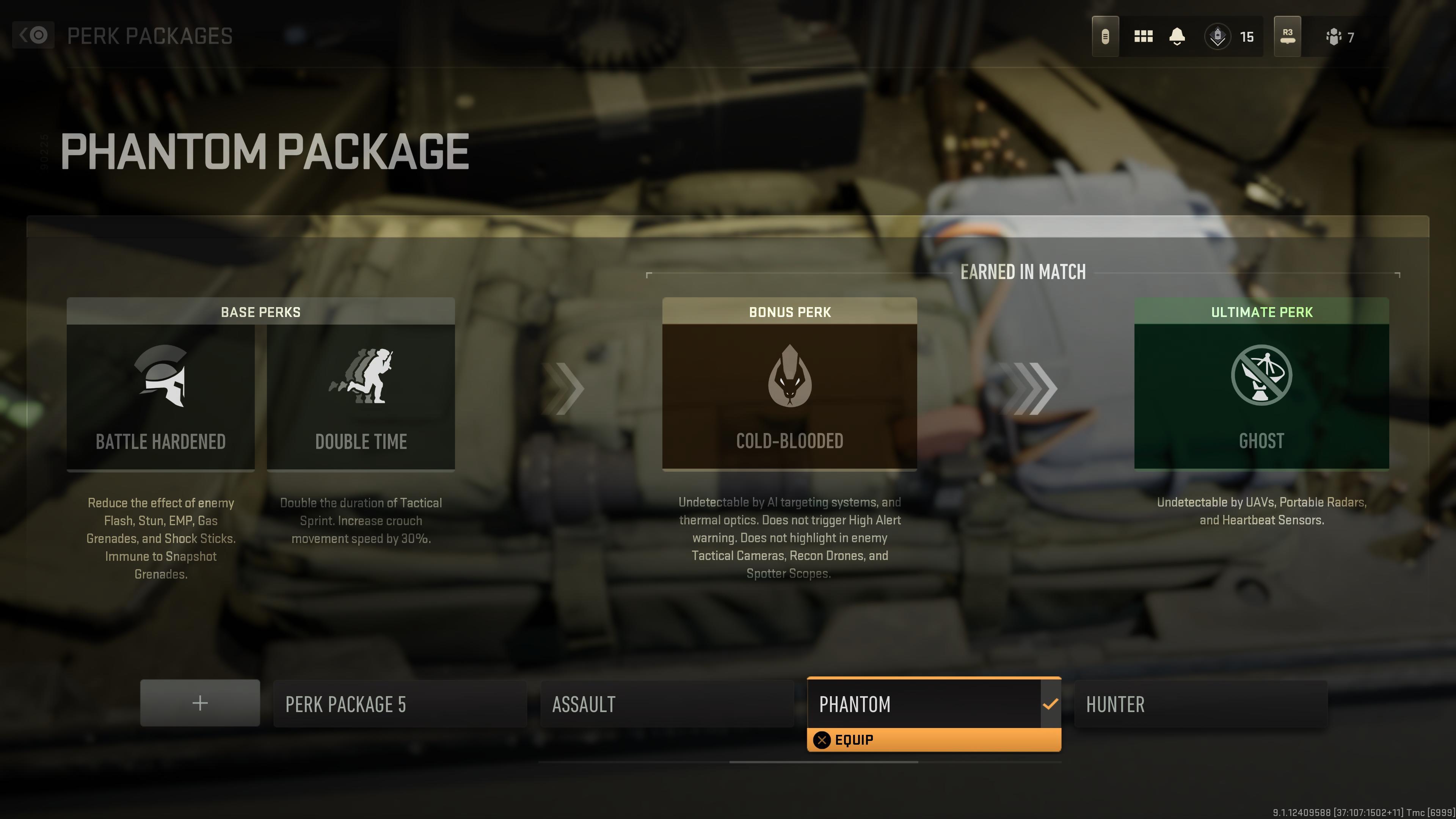 Starting out, we have our Base Perks, which players equip in the first slot of their Perk Package. Players have these perks the entire game and don’t have to unlock them.

Our picks for the best Base Perks are E.O.D. and Double Time. For starters, players might be wondering why Battle Hardened is not included. As of the beta, Battle Hardened is extremely weak as a perk and doesn’t do enough when players are hit with a tactical grenade. If it’s buffed, then we can definitely see it becoming a top perk. For now, though, we have E.O.D. and Double Time. E.O.D. protects players from non-killstreak explosives, which comes in handy given how powerful the lethal equipment is in MW2. Next, we have Double Time, giving players a long tactical sprint, which is vital in MW2 since players move so slowly. However, since footsteps are so loud as well, players don’t want to use their tactical sprint near enemies.

As we see it, there are two viable perks in the Bonus slot: High Alert and Fast Hands. We’re opting for High Alert since the mini-map in MW2 doesn’t work like normal. Players can’t see enemies firing on the map unless they have a UAV up, which means they won’t see where enemies are. With High Alert, players are notified when an enemy is looking at them, which acts as a replacement of sorts for the traditional mini-map. Fast Hands is great for rushers, but we feel its benefits aren’t as useful as High Alert.

There’s really no other legitimate option than Ghost in the Ultimate Perk category. While Blind’s Eye is great for those who want a traditional mini-map, Ghost is far more useful. As always, Ghost keeps players off of the radar when a UAV is up or when they’re near an enemy Portable Radar. Ghost in MW2 works even if players are standing still, making it an even stronger perk. With how many UAVs are called in, Ghost can be considered a crutch perk in MW2 multiplayer thus far.

That does it for our picks on the best Perk Package to run in Modern Warfare 2. This could very well change when the game fully launches in October depending on what changes the developers make.