The community wants to see a change with the perks

One of the largest complaints the Call of Duty: Modern Warfare 2 community has voiced with multiplayer thus far addresses the new perk system. The PlayStation beta was the first time players got to use this new system, and suffice it to say, players aren’t too thrilled with the change.

If you have yet to see how the perks work in MW2, allow us to quickly explain. In the Gunsmith, players can equip two Base Perks that they will immediately have when a match begins. Players can also select a Bonus and Ultimate Perk, both of which are unlocked throughout the course of a match. Each perk has a timer associated with it that can be sped up depending on how players are performing. So, theoretically, by the end of a match, players will have four active perks.

However, therein lies the issue that many players have with this new system. Essentially, players only have two perks for the first half of a match. The Base Perks players can equip are also not as strong as the Bonus or Ultimate ones. This means for the first half of a match, players are working toward unlocking the more powerful perks that truly allow them to play a match how they want. 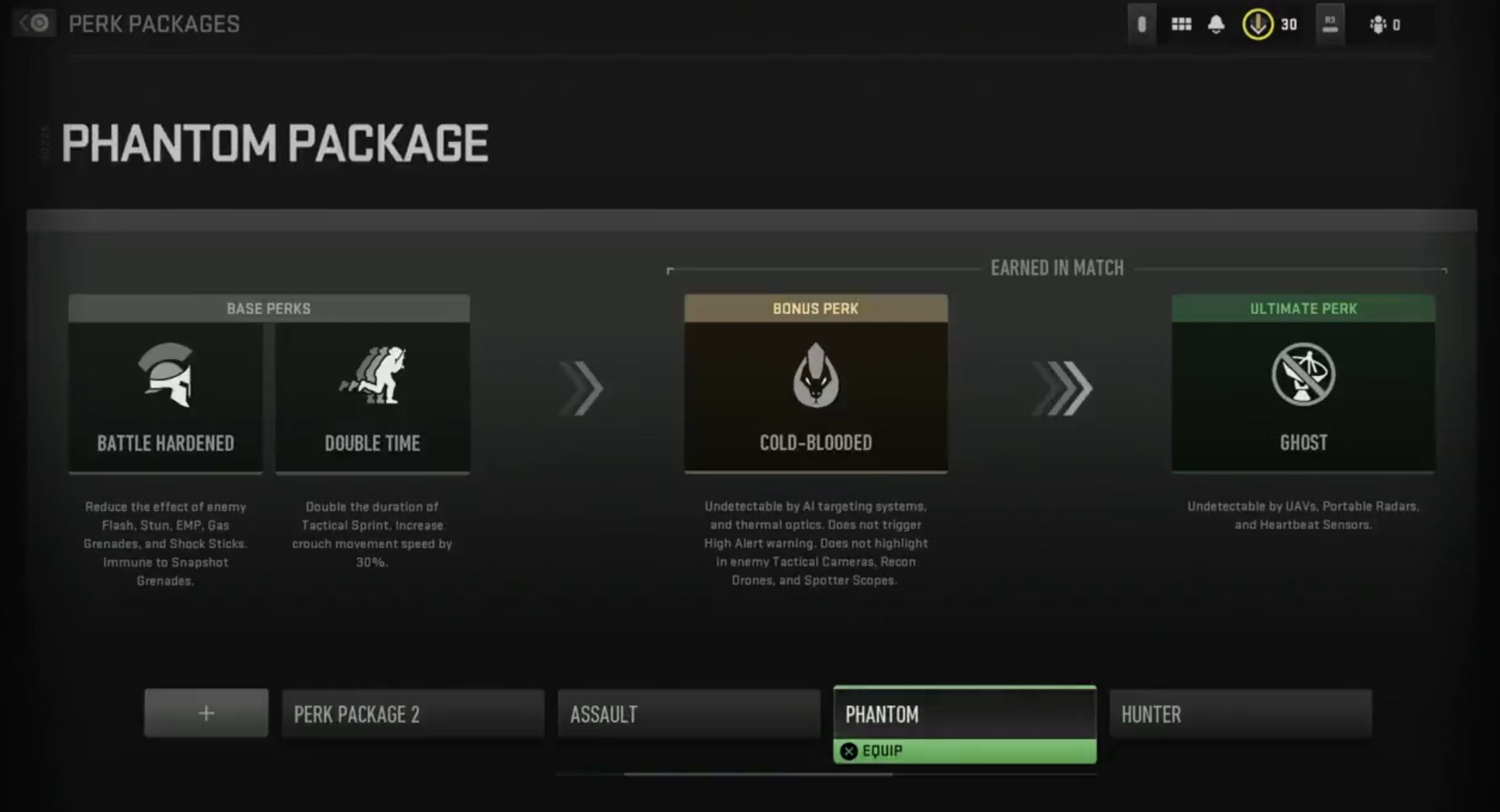 For example, the Ghost perk is in the Ultimate category, which means players won’t unlock it for several minutes. This is a problem due to the fact that if an enemy team calls in a UAV, players have no way to counter it. They are forced to show up on the mini-map unless they or a teammate call in a Counter-UAV killstreak. The same goes for a perk like Blind’s Eye, which allows players to see enemies ping on the mini-map when they fire. This perk is great, but players can only use it for a couple of minutes each match.

Another issue players have with the timed perks is that sometimes, they can’t get them at all. Let’s say a player joins a match in progress and it’s already half over. With the new perk system in Modern Warfare 2, players likely won’t be able to earn their Bonus or Ultimate perks by the time the match ends. They simply don’t have enough time to unlock them due to the progress of the current match they joined. This essentially renders the Bonus and Ultimate perks pointless, and players are forced to only have two active perks.

Players across the community have let Infinity Ward know how they would change the perk system. Most are calling for the developers to remove the timer on the Bonus and Ultimate perks altogether, and instead reorganize the perks in each category. COD insider @TheGhostOfHope shared how they would do this in a tweet thread from earlier this week. Other players have said the devs should simply go back to the old perk system, where players had three perks on each class.

My dream perk system with MWII is keep 4 perks but remove time/score based system tied to it. Here is how I’d balance each column. 👇🏻

Infinity Ward has yet to comment on anything relating to these complaints regarding the perk system in Modern Warfare 2. However, with the game launching in just over a month, players shouldn’t expect too many major design changes.