The ﻿Shanghai Dragons﻿ ended Stage 1 with a 3-4 record, a solid 13th place. This may not sound like the most outstanding record to ever hit the Overwatch League standings, but for the Dragons it’s just a preview of what’s to come in Stage 2. In fact, the new-and-improved Dragons squad have their eyes on victory, and nothing less.

That confidence is something brand new to the Dragons, who spent the first OWL season with no wins, and multiple negative rumors. Going into Season 2, Shanghai Dragons appeared to be continuing their record-breaking losing streak, despite new additions to the team like former Boston Uprising tank Young-Jin “﻿Gamsu﻿” Noh.

But as the team’s confidence grew, so did their potential. They secured their first win thanks to synergized teamwork, unexpected meta picks, and 200IQ strategies.

And then they defeated London Spitfire, last year’s Overwatch League champion. While their fans have been with them through it all, it’s been inspiring and exciting to watch the team gain that confidence.

Upcomer reached out to the star tank player to find out what it took to turn the Shanghai Dragons around and learn more about what the players are doing in anticipation of Stage 2.

How did it feel beating the London Spitfire? Did you have any fears or strategies going into the match?

Gamsu: Despite defeating the champion team, I actually feel even stronger about winning it 3-2 on the edge. Because of our back-to-back losses to Dallas, the team’s vibe was a little bit down during that time. We didn’t specifically prepare for the London match. We just tried to pull off what we had been practicing every day.

You guys are known for having some fun non-GOATS comps during a lot of your matches. What are some heroes you hope to see more of in the competitive scene?

To be honest, our team doesn’t like GOATS that much. I really hope to see more DPS heroes in the matches, especially Pharah and Widowmaker, which are the two heroes that Jin-hyeok "DDing" Yang and Min-seong "diem" Bae are really good at.

Even though the Dragons are an entirely new roster, people still associate the team with the 0-42 Season One losing streak. How were you feeling going into Season Two?

For the players, we didn’t feel much pressure, but I think [that record] did influence our team. We, as players, can only try to perform better to keep the team from worrying.

During your first match of the season, it seemed like you guys were a bit off. What was going through your mind?

I had only been staying at the Dragons team house for one day at that time, so we weren’t familiar with each other’s play style at all.

As the in-game leader, what were your strategies to help improve the Dragons performance and morale?

There is not a specific thing I have done as the in-game leader, but I just want to make everyone enjoy the game and the time we spend together.

When you were first traded to the Dragons, you admitted you were not too pleased. What were your initial concerns?

I had been playing with a western team for a long time and personally I like the western team style a little bit more. I suddenly had to adapt to an eastern team environment.

Once you got to know the team, what did you feel their strengths were? Did anything about the Dragons surprise you?

I think the team really cares about the players. And they even make appointments for a massage therapist come to help us relax.

Last year, there were rumors that the Dragons were practicing too hard. What are your schedules like now? What does the team do to help the team perform at your best?

I’ve also heard of some people saying that the Dragons were practicing too hard. But right now we have a very regular schedule. It’s very balanced between practice and personal time. The team always tries their best to help us whenever we feel uncomfortable about anything.

What are some activities you guys do as a team?

We haven’t been a team for a long time, but we eat our meals together every day. We just went out to bowl and play billiards recently.

What do you enjoy doing in Los Angeles?

I enjoy hiking in the US in general. 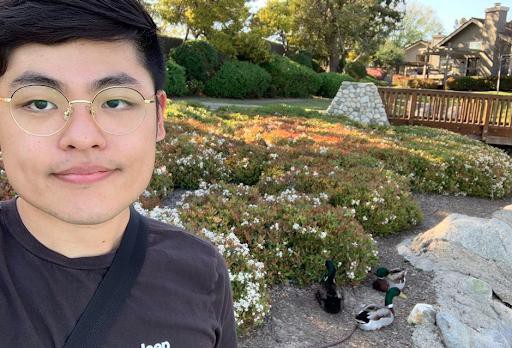 Throughout the Dragons’ journey, the fans have always been supportive. Is there anything you would like to say to them?

Thank you. And we will try to deliver a win streak that can cover the shadow of the losing streak from before.

What are your goals going into Stage 2?

Our goal is to win Stage 2. And again, I just want to help the team have a great time together.