The Melee tournament is heating up.

Provided by Kotaku Melee is always played on CRT TVs in major tournaments.

The first day of Super Smash Con 2022 was a success. The super major’s triumphant post-COVID return was full of competitive action, friendlies, arcade games, Nintendo-themed vendors, and even a live performance by the The Kyle Athayde Dance Party. But not everything went completely as planned.

As the venue was starting to die down after the Combo Contest, one attendee — coach and Bowser main Leon — noticed a ton of commotion outside the Dulles Expo Center. Fire trucks with flashing lights were blocking the entrance and the event had turned to total chaos. According to Leon, a CRT had caught on fire at the same time that a nearby Walmart also caught on fire.

So a CRT at Smash con caught fire and now the wal mart is on fire? Apocalypse vibes rn

But they do come with their downsides, of course, like being old, or the fact that decent CRT TVs are pretty hard to come by in this day and age.

Photos of an overheating CRT were shared in the Super Smash Con 2022 staff Discord, possibly the one that started the fire within the venue. It’s currently unclear if this is the exact TV that led to a fire. It’s also currently unknown how large the fire became. 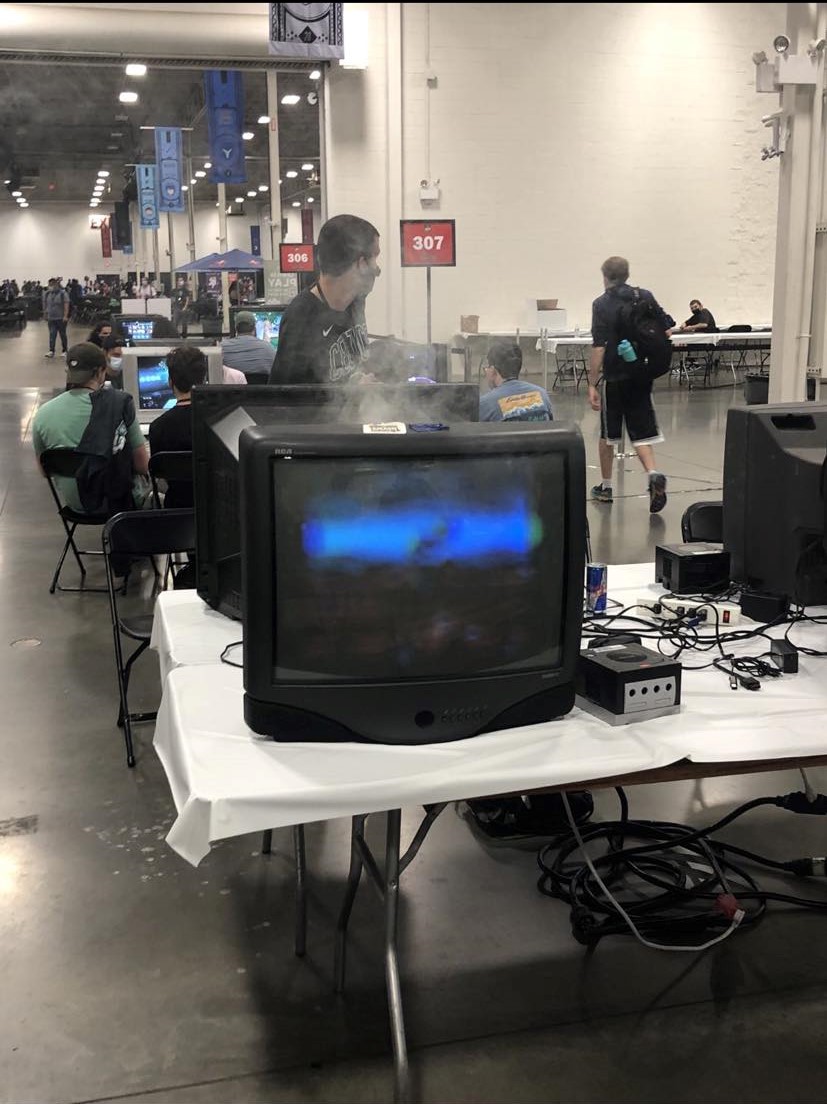 Either way, this is most definitely an explosive way to end the first night of Super Smash Con 2022. Check out the full schedule here to see what other exciting tournaments are taking place today, Saturday, and Sunday. Hopefully no more retro TVs cause any issues as the Melee tournaments continue to heat up.