The Combo Contest was incredibly hype at Super Smash Con.

Provided by Olivia Richman Prince won the Combo Contest for the fourth time.

Super Smash Con made its triumphant return on August 11, starting off with a bang: the Smash 64 Combo Contest. The classic competition has some of the most creative minds in the Smash 64 community compete to come up with the most exciting and innovative combos using items, map hazards, and more in training mode. The results are endlessly entertaining, making it one of the most anticipated events of Smash Con year after year.

This year was no different. The five competitors came from all around the world, including JaimeHR from Mexico, Tacos from Texas, Raz, Afro from Chile, and Combo Contest icon Prince all the way from Japan. All of them showed up in a major way, each having their own shining moment in the three-round knockout-style competition.

In round one, Raz confidently sauntered onto the stage with two Nintendo 64 controllers draped around his neck. Fans soon found out why — his combo had him controlling two Donkey Kongs at the same time! After the shocking combo, Juan “Hungrybox” DeBiedma held up a 10 almost instantly, blown away by the ingenuity.

In round two, JaimeHR pulled off the longest combo in the tournament’s history, hitting the CPU 59 times without using a single item. Raz came into the second round with only one controller but this time started with 390 damage to himself. The combo he tried to pull off was ingenious but unfortunately it never connected. Both ended up eliminated, leaving just Prince and Tacos in the final showdown.

Tacos was the first to fight for the giant trophy. Using Donkey Kong, he pulled off an impressive combo that got him an 8, 8, 9, 9, and 8. It was a tough score to beat — but Prince wasn’t afraid. 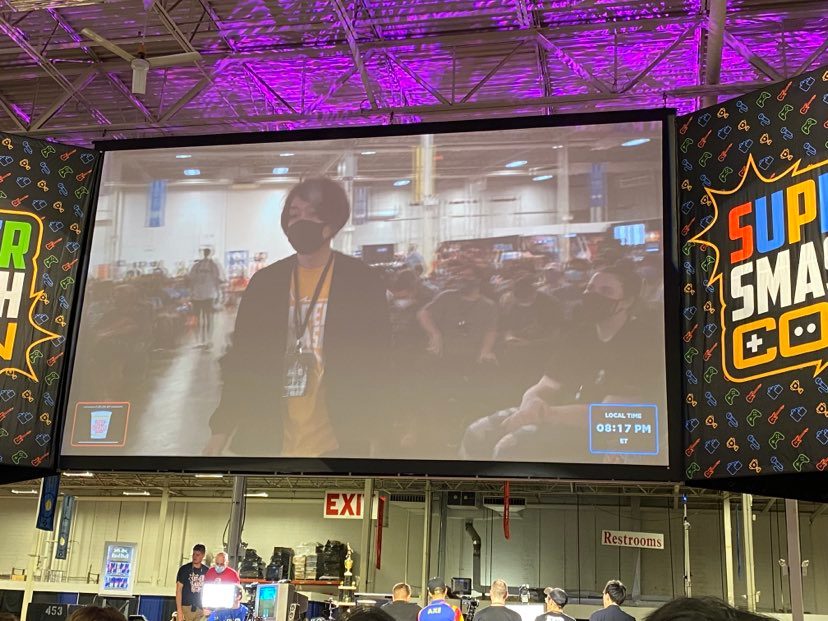 Prince has been the Combo Contest winner three times already, including 2016, 2017, and 2018. Would this be his fourth win? This was one of the most innovative combos yet. To pull it off, Prince had to die as Samus by running offstage while releasing a fully charged Charge Beam that would connect with the opponent. The incredible combo had the judges popping off. It was so insane that the announcer proclaimed Prince the winner without even checking with the judges! Of course, all of them gave him a perfect 10.

The moment was one of the most hype in Combo Contest history and a great way to start off the four-day festivities and tournaments at Super Smash Con. Prince proudly held up the gigantic trophy for the fourth time on stage, then took some funny snapshots with the larger-than-life award with fans.

got a fourth penis pic.twitter.com/qMNpxIYWXU

Prince and most of the other Combo Contest competitors will be competing in the Smash 64 1v1s starting Friday, August 12.