Provided by Riot Games An adventure theme runs through TFT set 7. Twitch and Talon are two of the new Guild members (sorry Taric).

Teamfight Tactics’ set 7, TFT Dragonlands, brings a ton of new, impactful traits to the game. They introduce new compositions to take down opposing teams, and many of them are not just stat buffs.

More than that, TFT set 7 traits like Astral, Guild and Trainer open up the game in ways never before seen. Here is an in-depth look at those three traits. 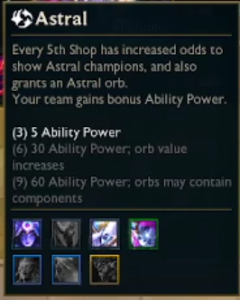 One of the playstyles players love most in TFT is making three-star champions. The easiest way to do this is by picking a few low-cost champions and hitting the D key to reroll their hard-earned gold in hopes of hitting their desired champions nine times. In TFT Set 7, Riot Games is leaning into the arms of those players with the introduction of Astral.

Astral is a seven champion synergy that gives every unit other bonus ability power when active. But its real draw the special shop players get on every fifth refresh that acts like a pseudo-loaded dice just for Astral champions.

Yordles in TFT Gizmos and Gadgets functioned fill a similar fashion for reroll addicts. But now, instead of receiving free champions every round, the shop odds make it way easier to hit the Astral dream board. Plus, at higher levels, fifth shop also grants a special Astral orb that can contain gold, champions and even components.

As if the trait couldn’t get any better, using an Astral emblem on a champion means they can show up in the special shops, too, making it easier to three-star any champion game. Oh, and the comp even has a super late game carry with the new 10-cost Aurelion Sol as the Astral dragon. 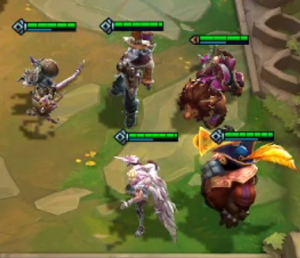 It wouldn’t be a high-fantasy set based around dragons if Riot Games didn’t pair them with the crew that roams around dungeons. The Rift Quest skin line from League of Legends is here in TFT Dragonlands as part of the Guild trait.

This trait may be one of the coolest traits to ever exist in TFT. There are five Guild champions and the trait can be activated with any number of them. That’s because each Guild member grants a unique bonus to the entire team when they are on the board — and Guild members get double the bonus.

This means that when it comes to playing “strongest board,” players will always have an option to make their team stronger whenever they want by just adding in a single Guild member. Need some extra attack speed? Add in Twitch. Need more health? Add in Sejuani. Think of the Guild champions as their own mini traits.

Now, the payoff for having a bunch of these champions on the same team is that the team bonus is amplified more and more for each Guild member on a team. So, players can adventure solo or bring the entire party with them.

Trainer: And that’s on Gromp — no crab 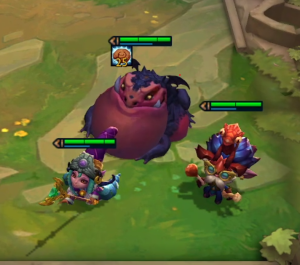 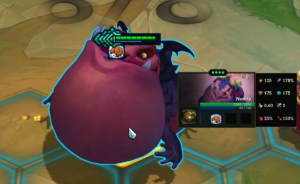 No crab, the Trainer trait in TFT Dragonlands is a cool way to add a pseudo-frontline to any team composition for low cost. And that is on Gromp, literally.

Although not quite the dragon players picture in their head, the Trainer trait is a three champion trait with the gimmick of summoning a Gromp named Nomsy onto the board as long as two trainers are present.

This “dragon” acts as an extra unit on the board. While it can’t be equipped with items, it can be fed Snax. In fact, that is how Nomsy levels up.

Nomsy also has an ability like champions: Fireball! Nomsey launch a projectile toward its target, dealing magic damage and burning them for a percentage of maximum health over a long duration. If a player has all three Trainer champions active, this Fireball does even more damage.

If players love free units on board then on Gromp they need to play the Trainer trait in TFT Dragonlands.