Last night, the winners of the Supercars Eseries were crowned. As predicted, Brodie Kostecki took home the All Stars title, and Dayne Warren became the Pro Champion.

In the All Stars Eseries, professional real world drivers tested their skills in the digital world. Raced on the popular iRacing platform, the All Stars battled it out each week, claiming points towards the championship. The first two rounds saw Richie Stanaway claim back-to-back victories. However, Stanaway experienced internet connectivity troubles in round three of the season, resulting in a DNF. Even after claiming no points in that round, he still sat in second place overall, on 678 points.

Kostecki really came into his own during round three. He came in initially as one of the favorites, and stepped up in the last few rounds of the season. He claimed victory in rounds three and four. Last night, during the final round, he came home in third, behind Anton De Pasquale and Matthew Payne.

Kostecki’s third place finish gave him enough points to claim the season championship, on 807. That’s a 129 point lead over second place. De Pasquale finished in seventh overall, and Matthew Payne finished the season in sixth. Cam Waters, who proved himself in the 2020 Eseries, finished in fourth place, with James Golding taking third on the podium.

Here’s how the season finished on the All Stars side:

Now the Eseries is over, these drivers will be shifting their focus back to real world racing. The Supercars will recommence in Sydney Australia at Motorsport Park on Oct. 29-31. We’re sure plenty of these drivers have some scores to settle in the physical world.

The Pro Eseries has been almost set from the very beginning. Dayne Warren finished the season almost undefeated. The only race he lost was last week’s round four endurance race. This round sees two drivers competing in the same car, taking turns at the wheel. His partner Chaz Mostert has plenty of experience in the sim, and the duo finished less than a second behind the Kostecki and Jarrad Filsell pairing. Nevertheless, Warren has always been in a comfortable position to take the crown.

His wins have not been easy, however. In almost every round, he was mere hundredths of a second in front of second place. In the final round, as long as Warren didn’t crash out, he was set to take the overall victory. He took pole position, running another pole to victory race. Warren ended the season on 846 points, with a comfortable 99 point lead over Jake Burton. Warren takes home $10,000 AUD in cash, the majority of the $26,500 AUD prize pool. He is now the back-to-back Supercars Eseries Champion, so let’s see if someone can challenge his winners medal next year. 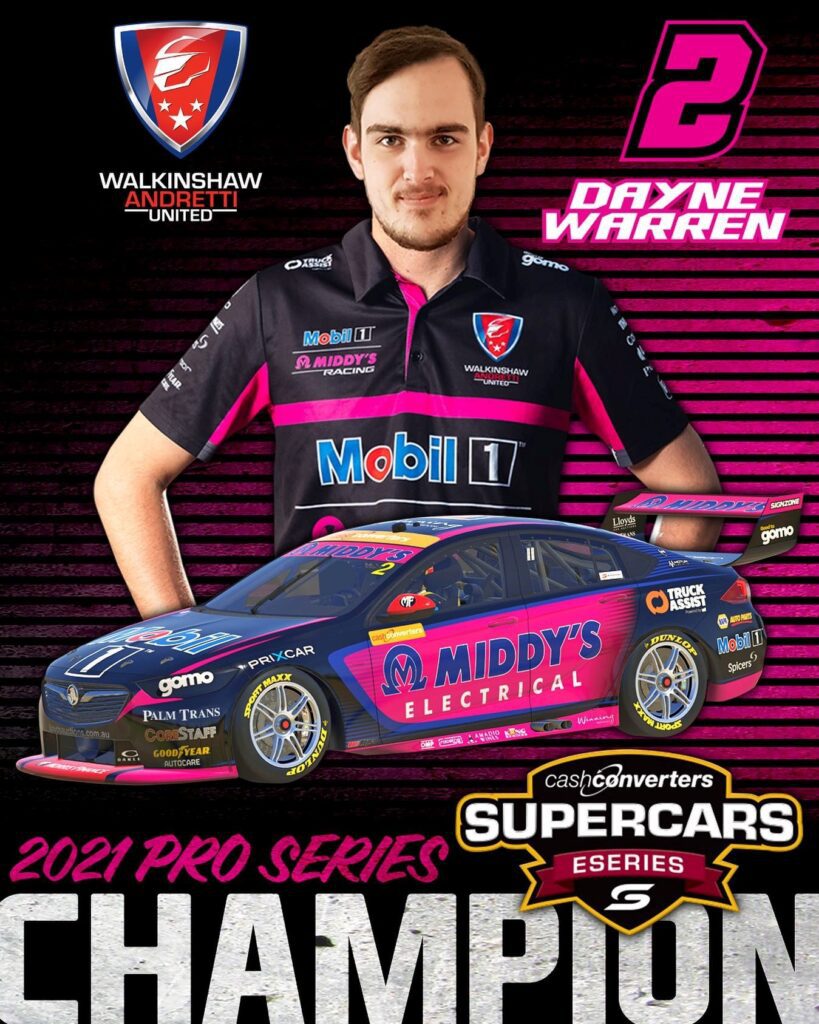 Here’s how the season ended for the pros: