Provided by Chia Chia has been competing in Brawl and P+ for quite some time, placing in Top 8 in both games at Super Smash Con 2022

While Super Smash Bros. Melee and Ultimate were streamed from Super Smash Con 2022, there were still other competitions going on. One game — Project P+ — had theirs in a hotel room; across the parking lot, away from the vendors, tournament setups and crowds..

In case you’re not familiar with Project P+, it’s a modification of Project M, a Super Smash Bros. Brawl mod. You might not have even heard of this game; that’s because Nintendo clearly doesn’t want you to hear about it. But that hasn’t stopped the Smash community from continuing to grind the game and grow a passionate community.

One of those competitors was Christina “Chia” Korsak, who ended up placing in the Top 8 at the shadow major. Her main is King Dedede; she also uses Samus and R.O.B. depending on the matchup. Chia got into Project+ through her background in game design and passion for the modding scene; she stayed for the passionate community and the strong gameplay.

My goal at @SuperSmashCon was to get Top 8 in Brawl Singles. I'd need to make a couple upsets being seed 9, but I practiced for weeks leading up to it.

Proud that I achieved not only that, but kept the momentum and also got Top 8 in Project Plus! Amazing weekend ✨#TLWIN pic.twitter.com/CNiABOcYUZ

Why was Brawl modded to begin with?

It’s not that people are focused on modding Brawl per say, but modding video games in general. It’s a fun topic, because you take a platform of a game you appreciate and build derivations off of it to show different visions or ideas and build communities off of it. The same way games like Team Fortress and Dota were all originally mods of other games.

The reason why Brawl took off in modding comes from two main reasons. One, that Brawl was a huge difference from Melee that people didn’t expect. And also because the Wii in particular was a very hackable system compared to a lot of previous Nintendo consoles. There was modding for Wii games before Brawl even came out due to having a full size DVD drive, which the Game Cube didn’t, and an SD card slot, and USB ports. One of the first systems to offer a much more feasible way to transfer files from a computer.

What are the key differences between P+ and Brawl?

As an avid fan of both Melee and Brawl, it provides a completely different visualization of what a Smash game could be. It offers different character archetypes, gameplay, unique stages that pay homage to other franchises, and a whole new set of technical abilities that I find very fun to play.

What are the key changes they made to Dedede?

Two of the biggest changes with Dedede are due to how air dodging changed in the game and shifting your momentum in the air; Dedede can rethrow his Waddle Dee and Gordo like he could in Brawl. In P+, he can air dash at the same time with them, opening up huge movement options. The other biggest change would be, for the type of character he is, they gave him much greater range than he had in any other game in Smash. In Brawl, he holds his hammer very close to him and it feels limited. In P+ you can see in his animations and playing him, he holds out the hammer longer and has further range which is pretty unique for a heavy character.

What has made you so passionate about competing in P+ tournaments?

I’ve always found that, in order to keep a passion for competing in a game, I need at least one of two different things. One is truly enjoying the game and one is truly enjoying the support of the community behind the game. If the title has both then it gives me an even greater drive to support and compete in the game myself. I feel Project + has a great balance of  both things.

How do you feel about the P+ tournaments being “shadow” tournaments, kept sort of away from the rest of the competition?

I think that the concept of a shadow major right now is a necessary evil. It’s better than nothing. But I think that it’s really quite sad that we kind of have to be shunned to other venues in the first place. I understand in many situations that tournaments kind of can’t have us involved in the main venue especially after Riptide 2021 had to cancel their Project+ tournaments and Low Tide City as well due to requests from Nintendo.

How do you feel about Nintendo’s lack of support for the competitive scene?

The problem is that Nintendo could not support it and that’s completely fine but they go out of their way to harm it rather than turn a blind eye. I think it feels very petty. There are times I could imagine they want to distance themselves due to a new game coming out. But now we are multiple console generations away from the Wii, from Brawl, so there’s no way, no matter how big P+ could get, that it would impact the sales of a future Smash game. It just feels like… Why, at this point? It feels like they stand to gain so little, if anything, while pushing down the passion of hundreds if not thousands of fans across the world.

Why is there still so much support for P+?

Other games were able to thrive just as much before we had this much support or resources. If those games can survive then, there’s no reason P+ can’t survive now. While it’s unfortunate we can’t thrive in the same way nowadays, it’s better than nothing. The game is fun enough and with enough passionate community members that it will always continue to live on.

How did it feel to place so high in a big major?

While the skill at the event there wasn’t as high as other shadow majors, when I went into the tournament I was excited but I hadn’t practiced too much. I was focused on the Brawl event at Smash Con. It just clicked for me. I was playing very well that day. When I realized how I did in my pool before moving to singles bracket, I found myself in winners quarters without even realizing it. It was not something I had expected to do. It was a pleasant surprise. 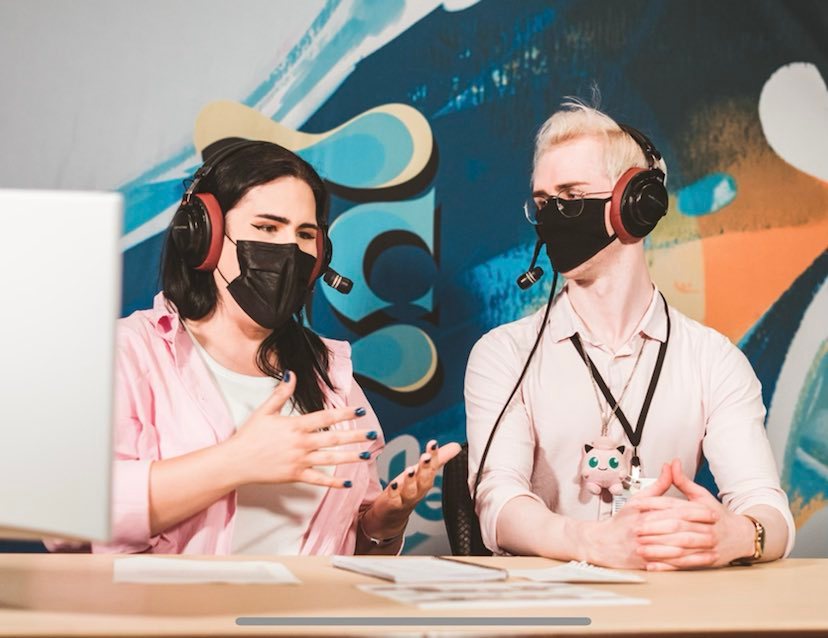 How do you practice P+?

With P+ it can be hard to get in person practice. I’ll usually do an in person tournament at least once a month. There’s an active enough netplay community that I can find a good amount of competitors within a few states of me with minimal lag when I want to practice for a specific event.

You also competed in Brawl at Smash Con. Is it hard going between Brawl and P+?

It’s incredibly hard, but some games are easier to move between than others. Back in the day I used to juggle Melee and Brawl simultaneously and didn’t have too much issue with it. But sometimes, I find that switching between Ultimate and older games is a little harder because of input delay difference or how the controller is kind of read. I feel that Brawl and P+ feel a little similar in terms of how your inputs are read and considered; [especially] compared to other Smash games since they both are built on the same base engine.

How did you enjoy Super Smash Con?

Annually, it’s one of my favorite tournaments. The first Smash Con came up at a time when we were at grassroots feel of events; yet [the convention] has continued to grow larger and larger while keeping that passion. It will always have every Smash title available when it can. It’s a celebration of all the titles together. It’s one of the few events every year that I really get to see the passion from 64, Melee, Brawl, Smash 4, Ultimate and Project+, whether it’s in the same center or not.

Sometimes it can be hard to find shadow majors, due to their advertising being low key on purpose… It’s a shame because even as I was posting about playing there, many people didn’t realize it was happening at all that weekend. I wish there was a way to advertise it a little stronger or let people know that it is happening.

I would encourage anyone that enjoys P+, whether they’ve played it before or want to try for the first time; if you’re at a large tournament, ask online and see if there is going to be a shadow tournament or a friendlies set up. There probably will be — and there’s a full community of people that would love to have them, teach them, and welcome another person into the community while also supporting other Smash games they enjoy as well.