Dragonite's dominance has come to a close

Provided by TiMi Studio Group Dragonite is among the losers after heavy nerfs this patch.

In all, the patch affected 10 Pokémon and introduced a new one. While it’ll take a few weeks for the meta of the game to stabilize again after so many changes, some trends are already emerging among the highest ranked players in the Unite.

The data below was collected on Jan. 22 from the “Rankings Tab” in Pokémon Unite. After examining the last 15 ranked matches played by the Top 100 players and attributing whichever Pokémon they played in a plurality of those matches as their “main” Pokémon, here’s what the spread looks like (in the event of a tie the appropriate fraction was used.

Other Pokémon that saw play include:

Tsareena (-9), Ninetails (-2), Cramorant (-1), Absol, Crustle, Gengar, Mamoswine, Sylveon, and Zeraora all saw no consistent play among the Top 100 Players, leaving them outside any tier.

With that big picture clear, here’s a deeper look at the winners and losers of the newest balance patch. 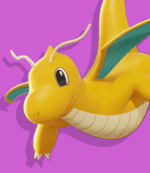 We all knew this was coming. Dragonite has uniquely dominated the meta, claiming the jungle for itself and sometimes functioning as a bot lane attacker. Dragonite’s attack radius reduction is a large nerf that makes it harder to maintain Dragon Dance stacks for optimized Hyper Beam damage.

While Hyper Beam’s damage went down, the scaling based off of opponent’s health did not — meaning it’s still a fantastic option for stealing objectives assuming you can maintain the necessary stacks. Dragonite’s Unite energy cost also increased drastically, which will allow it to maintain the scaling of its Unite move to travel distance without being as exploitable. 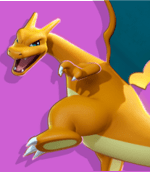 Charizard’s buffs primarily focused on mobility. While using basic attacks, Charizard previously experience a noticeable slowing of its movement speed. That penalty has been greatly reduced.

In addition, players can now cast Flamethrower and Fire Blast while moving instead of requiring Charizard to stop first. When you couple these mobility buffs with a Pokémon that has one of the most fun and potentially devastating Unite moves, you suddenly have a top tier contender. 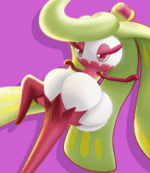 Tsareena was incredibly potent when introduced, operating at times as a bot lane attacker, jungler or even a replacement for Lucario in the top lane. When introduced, Tsareena was a monster who could 1 v 5 unsuspecting teams with it’s high damage output and sustain.

While this isn’t the first time Tsareena received a nerf, the decrease in damage and sustain in Triple Axel coupled with the loss in speed reduction for opponents in Grassy Glide could be the nail in the coffin for Tsareena’s high-level viability. 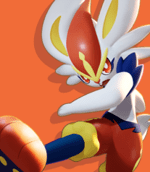 Cinderace did not experience any changes this patch but has come out ahead regardless. The jungle is a turbulent place that is prone to a single Pokémon dominating it — a role Cinderace filled during Unite’s early days.

While Cinderace received a buff that briefly increased its play rate around Dragonite’s release, its numbers dropped as the new addition tightened its grip on the meta. With Dragonite receiving a pretty massive nerf, that leaves the jungle ripe for the picking again, and Cinderace is hoping to return to its initial position of king. 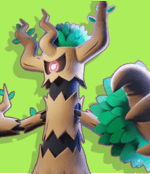 Calling a new Pokémon a loser is a bit of a stretch, but the community had a mixed reaction to Trevenant. Now, I love playing defenders. And despite my immense disappointment that we didn’t get the superior tree-based Pokémon, Sudowoodo, I instantly purchased Trevenant.

It’s sustain is similar to Greedent and Slowbro, but that seems to be Trevenant’s only dimension. Slowbro can also lock down enemies with Telekinesis and Greedent can move around the map with Covet. Trevenant can’t do those things, and without that type of control or mobility that defenders are known for in this game, we can’t be sure if Trevenant has a role that isn’t already done better by someone else. 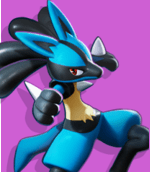 Lucario didn’t escape this patch unscathed, as it continues to face a (much overstated) death by a thousand nerfs. This time Lucario’s saw a nerf to its early game, while some of its other moves saw some minor balance changes.

While this doesn’t scream, “winner,” Lucario returned to the top of the heap in high level play. Tsareena was the Pokémon who most threatened Lucario’s meta position, but those nerfs have left Tsareena out of the conversation entirely.

While some people have been experimenting with Blastoise as a competitor for Lucario in top lane, that’s still a niche pick. For now, Lucario has again returned to its position as the dominant force in the meta after briefly being ousted by Dragonite.