The Chiefs quarterback comes to Fortnite

Epic Games has added to the Icon Series in Fortnite today by announcing the release of NFL MVP and Kansas City Chiefs quarterback Patrick Mahomes as a playable skin. The Icon Series is meant to enshrine celebrities in the world of Fortnite, and Mahomes is the latest athlete to arrive with the series. Previously, athletes such as Neymar Jr., LeBron James, and Naomi Osaka, among others, have arrived as skins in Fortnite. Patrick Mahomes is the NFL’s first foray into the Icon Series.

Mahomes has had quite the NFL career so far despite only being in the league for a handful of years. He’s amassed an NFL MVP, Super Bowl victory, and several other awards since arriving in the NFL in 2017. He can now add his very own Fortnite skin to his list of accolades. Mahomes told Epic Games: “It was awesome to be involved every step of the way on the creative and design of my Outfit. The creative team at Epic Games crushed our vision.”

Won’t go down for anything but history.

It’s time for Patrick Mahomes to step foot in Fortnite!

Patrick Mahomes is the latest athlete coming to Fortnite

Starting on Aug. 24, Patrick Mahomes’ skin bundle will be available in the Fortnite Item Shop. Mahomes’ bundle comes with two different styles, the Gladiator Mindset and Gameday Gladiator Styles. There are also a number of other cosmetics in the bundle, including:

In addition to that bundle, another Mahomes skin is coming to the Item Shop. In reference to the quarterback’s famous commercial where he put ketchup on steak, Epic Games is releasing the Mahomes Saucy Style Outfit as well as The Good Stuff Back Bling in the Item Shop. The skin and back bling are seen below. 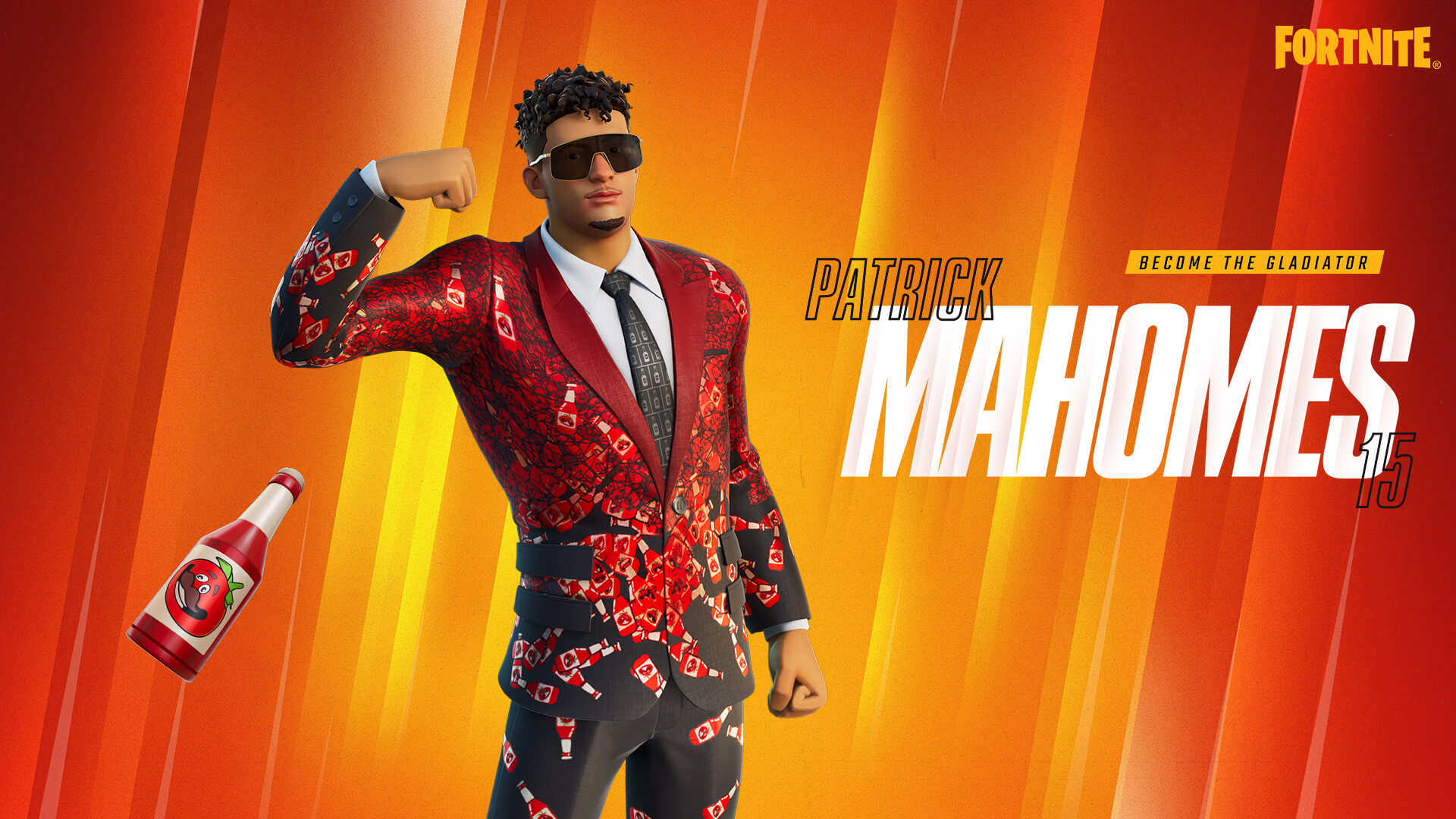 Finally, if players don’t want to purchase any of the skins themselves, they can win the cosmetics through the Patrick Mahomes Cup in Fortnite. This tournament begins on Aug. 23 and will center around Zero Build Squads. If players and their team score enough points, they will earn the Patrick Mahomes outfit early. For players who collect at least eight points, they will earn the Secret Sauce Emoticon for free.

Players can play up to 10 matches in their region during a three-hour period on Aug. 23. If they score enough points in their region, they’ll be awarded the skin. Players can see how the scoring system works in Epic Game’s new blog post.