In a recent blog post, the Overwatch 2 balancing team has revealed upcoming patch notes, including Genji, Zarya, and Sombra nerfs.

Despite Sojourn’s success at high ranks, the notes don’t include any changes to her at all, leading to fan outcry. Plus, this patch won’t hit live servers until Nov. 15, two weeks from the announcement of the patch notes. However, the post also confirms that these balance changes will be implemented in the Overwatch League 2022 season playoffs.

The Overwatch Team are making some tactical adjustments meant to bring current standouts like DVa, Zarya, Genji, and Sombra more in line with the rest of the roster.

Genji and Zarya getting the largest nerfs in November

Starting with the list of upcoming changes, we have Genji. According to the developers, his strengths only increased in the change to 5v5. He could flank alongside other heroes like Tracer, Sombra, or Reaper but was clearly the best choice. So the team is changing his maximum ammo (his shurikens) from 30 to 24. Alongside that, each shuriken does less damage, reduced from 29 to 27.

Next up in powerful heroes that need balancing, Zarya was clearly the best tank in recent weeks. The team stated how, while originally weak in 5v5, the changes meant that Zarya has a small time where she is vulnerable. To make that a bit more fair for others to kill her, her barrier is now shorter, from 2.5 to 2 seconds. Along with that, her cooldown for the barrier is now one-second longer, from 10 to 11 seconds long.

As for Sombra, her changes for Overwatch 2 made her arguably even more oppressive for tank and support players, despite the hack not lasting as long. Currently, Sombra’s hack is quicker but no longer does as much damage to hacked targets. The lockout duration for hacks went down from 1.75 to 1.5 seconds, but the damage increase is now 25% instead of 40%. Another big change revolves around hacking the same target in a short time. Now, there is a four-second cooldown that prevents you from hacking the same target multiple times in a row.

Other adjustments come to D.Va and Kiriko 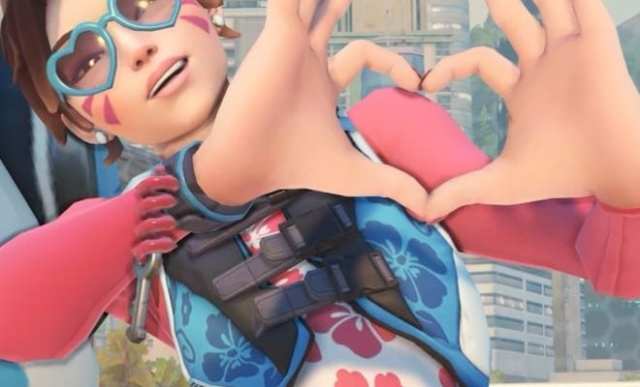 As for other changes, D.Va was a target for some. She ends up getting a nerf, albeit not nearly as big of one as Zarya will. Her Fusion Cannon, her left click, its spread is now a little wider, from 3.5 to 3.75. Alongside that, her boosters’ damage when hitting enemies is slightly lower, from 25 to 15 damage. According to the team, D.Va was a bit too deadly combined with her Defense Matrix keeping her and her team alive. So, this change aims to balance the tank out a little with her contemporaries.

Kiriko also gets a slight nerf, but also a minor one in comparison to Genji and Zarya. Her Swift Step teleport ability allows Kiriko to not only cut distance through walls, but also makes her invulnerable for a very short time. However, that time was a bit too long and is getting cut down from 0.4 seconds to 0.25 seconds.

No Sojourn nerfs surprises the community

While all the changes came through with approval, the community was more surprised by the lack of nerfs to popular hitscan Sojourn.

Widely considered one of the best heroes in Season 1, Sojourn’s ability to gain charge, one-shot opponents and escape quickly is very strong in the current meta. Yet, due to her kit entirely focusing on aim and lower ranked players’ low win rate with her, she wasn’t mentioned on this blog. Many fans were annoyed with this, most notably the Houston Outlaws’ flex player Dante “Danteh” Cruz.

SOJOURN UNTOUCHED.???!! proof that hitscan players are spoiled and flex dps players are oppressed. ANY FLEX DPS IS PLAYABLE FOR 2 WEEKS AND BANG THEY ARE HARD NERFED. (but also good ty for sombra nerf fk that hero) https://t.co/CZFF4MlvOy

His argument basically came down to the fact that the Overwatch 2 team has had a track record of quick nerfs for flex DPS heroes like Genji, but not other roles like hitscan. At the top ranks of the game, where aim is crucial to success, Sojourn is clearly the best hero. Yet, her mixed success in low ranks was a reason why the team didn’t address her.

Depending on the team’s response to this, there is potential that we could see some changes to Sojourn, but it might not be until the overall larger changes in Season 2.

To watch this patch live before Nov. 15, make sure to tune into the Overwatch League 2022 season playoffs, starting on Oct. 30.