"Thinking it Over” is a short opinion piece to encourage debate around a specific topic.

An extremely unpredictable week is behind us. It started with the Defiant beating the Dragons, continued with the Mayhem beating the Spitfire, the Vancouver Titans getting clean swept by the Justice and ended in the NYXL receiving their first clean sweep at the hands of the Chengdu Hunters. Like an hourglass, the league has been turned upside down as we wait for the grains to fall in place. The naturally established hierarchy has been artificially tampered with by the 2-2-2 role lock. Wins are earned by educated gambles, nothing is certain, but everything is on the line. What if the dust settles and the Washington Justice are the best 2-2-2 team?

The more severely the game changes, the more volatile we can expect the first couple of weeks of any competition to be. With no established meta, teams are in freefall, grasping at anything to slow down their descent. The inherent skillsets of a team will determine much of who gets to climb and who continues falling in the first couple of weeks as refinement does take its time.

And yet, we can assume that a new patch is on the horizon, bringing Sigma as well as a reworked Brigitte among other notable changes. Once more the dice is rolled, but this time directly before the season playoffs.

Let’s assume for the sake of the argument that the Washington Justice will be the best team in the world in this current meta, as well as the playoff patch that they won’t even be able to compete on as they’ve already been eliminated from playoff contention. While it’s of course too early to predict this with any confidence, the victory against the Vancouver Titans at least provided a foundation to speculate. If this hypothetical is too outrageous for you, take any of the bottom teams in Justice stead and apply the same ideas. 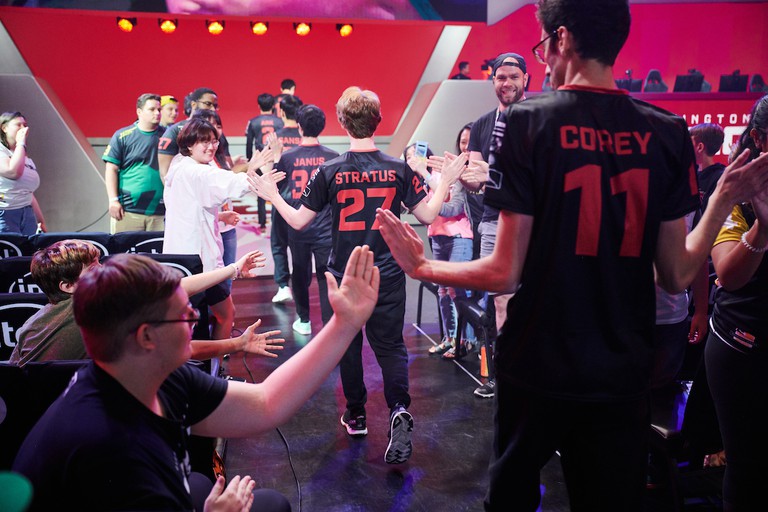 For over a year, Overwatch selected players and coaches based on their ability to compete in the GOATs meta. The Overwatch League had been under this meta spell for three stages until the Shanghai Dragons found at least a temporary counter to 3-3. Whether or not the top teams could’ve adapted to the Dragon’s style we’ll never find out. Be that as it may, the best GOATs teams have clinched season playoffs and nothing that happens in stage 4 will keep us from seeing them in September.

Time and time again, big meta changes provide evidence for patterns regarding Overwatch. The most important for our case is that inherent talents of a team determine their performance in a major way, but are exceedingly hard to emulate and if those skills can be learned, it does take a significant amount of time to adapt. Inherent talents are player or team qualities that stand out among the crowd. It will take players a significant amount of time to catch up to Dding or Jinmu on Pharah and it will take longer for teams to show the same amount of coherence that Titans showed during the GOATs meta.

I’d argue that the reasons for these observed outcomes and following conclusions are likely to be found in the wide range of skillsets that one may have in Overwatch and that they are required at seemingly unpredictable times. If you aren’t a team that falls into a position where its inherent qualities are benefiting you in a major way (like having a Widowmaker and Hanzo like Corey on your team) you will need time to either develop players into these niches or you will have to incorporate new players into your line-up, which (as we’ve come to know) takes a significant amount of time in order to become the best in the world.

It is therefore a naive view to believe that the best teams should be able to remain the best in every meta you could possibly throw at them unless you give them adequate time to adapt. We’ve enough evidence - like OWL Season 1 Stage 4 San Francisco Shock and Boston Uprising and many more in the history of Overwatch - to say with confidence that the span of a stage is not enough to catch up to inherent talent that hits their meta.

Granted, teams had some way to prepare for meta eventualities by running a larger and more flexible line-up. It therefore didn’t seem random that teams that invested in infrastructural support in roster size, player and coaching flexibility at high quality like the San Francisco Shock dominated the first half of the season, in which the meta by and large was not expected to be what it ended up being. 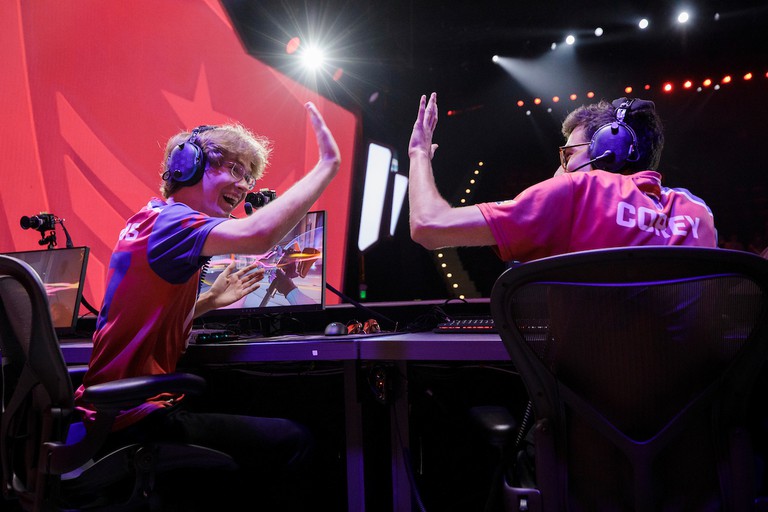 What if it’s playoffs and everyone sucks?

With these premises established, we come back to our thought experiment of the Washington Justice being the hypothetically best team in the world at the end of stage 4.

Already last year, the popular podcast Oversight with Overwatch League color commentator Christopher “MonteCristo” Mykles pointed out the obvious flaws in the way the Overwatch League operates in terms of its league format as well as its patch cycles. “What I don’t like is that a match in stage 1 is weighted the same as winning a match in stage 4,” MonteCristo explained back then, elaborating that “you don’t want a team that was super hot in stage 1 and stage 2 to make the playoffs when they have a horrible stage 4 and are entering the Overwatch League playoffs in a massive slump.”

Co-host Duncan “Thorin” Shields was quick to add the reverse example that isn’t unlike the one we choose: “Let’s imagine for some reason that the Shanghai Dragons had changed everything and at the very end, they became actually the best team in Overwatch.” In the statement, he was of course referring to the underwhelming Shanghai Dragons of season 1, who hadn’t managed to win a single match the entire season.

While the case for the Justice isn’t quite as severe as the one for the Dragons would’ve been, the scenarios are nonetheless comparable.

What would it mean for the Overwatch League and competitive integrity if the best teams in an artificially enforced meta were sitting outside the season playoffs? What would the playoff matches be like if the teams who cruised into the playoffs on the back of their GOATs record were delivering mediocre performances throughout stage 4 and the season playoffs? 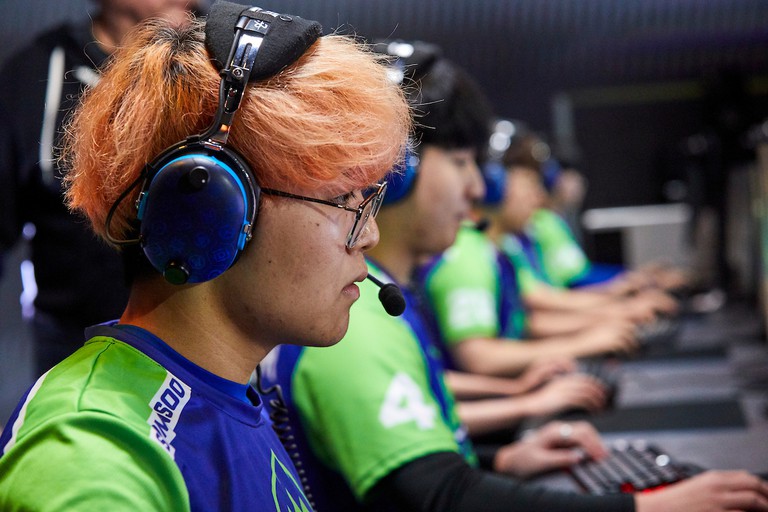 Particularly in audiences already familiar with playoff leagues, the idea of not having the best teams within the playoffs seems to be quietly accepted as an undesirable, yet bearable byproduct of the system. What we can say without the shadow of a doubt is that leagues without match weighting for recency bias are significantly less likely to produce high quality playoff matches.

Perhaps the crux of the disagreement you may have with me here is that you highly value the idea of earning a playoff slot over a larger sample size of games and that a true champion would have to deliver over the entire season. I respect that stance and share it to a degree myself.

However, I’d argue that it’s a fundamental difference when the rise or decline of those teams was so obviously brought about by unnatural causes such as a severe meta changes the likes of which we've seen with the 2-2-2 role lock. I’d be much more accepting of this stance if either the meta changed more frequently (say once a stage) or never changed over the entire season. In those cases, we’d select teams based on their ability to adapt or their ability to refine. Even mixing those aspects isn’t necessarily my problem. The share of playing three-fourths of a season and requesting refinement, while asking for high adaptability when it most counts in the playoffs is where the argument of “deserving” a playoff spot breaks for me.

The biggest counterargument against me here may be the introduction of the play-ins, a tournament between the 7th to 12th ranked team in the regular season. The format introduced a considerable amount of the previously argued-for recency bias, in that it benefits teams who got into the play-ins by peaking late into the season. A team that is on a roll in stage 4 is much more likely to make it through the play-ins after all. Perhaps you are of the opinion that you require a bare minimum of performance from your season champion during the regular season, which you may define as managing to get within the top 12 under all circumstances the system could throw at you.

However, I think this stance still underestimates the importance of inherent talent and time to a team’s performance by a decent amount. Ideally, we wouldn’t find ourselves in this position as meta changes would either happen much more regularly or not at all during the season.

It is possible that the worst-case scenario would first have to be demonstrated in order to illustrate the shortcomings of the current system, though I don’t hope for it to happen. With still three weeks left in the season, we’ll have to find out if the Florida Mayhems, Washington Justices and the Toronto Defiants of this world are top tier teams and if our playoff teams can really not bounce back. However unlikely it would be, I know that this world would be unbearable nightmare.