Is Overwatch League's 2-2-2 role lock a blow to the Path to Pro?

Avast and ioStux debate how the 2-2-2 role lock will impact both OWL and Contenders.

With Upcomer breaking the news of the 2-2-2 role lock coming to the Overwatch League in stage 4, discussions have centered around the necessity of the lock, its competitive integrity, and how individual teams may be impacted. However, the immense structural change could have major implications for players on the Path to Pro, especially those competing in Contenders.

Ridouan "ioStux" Bouzrou, former head coach of Contenders academy teams Uprising Academy and XL2 and author of an extensive 70-page thesis on the GOATS meta, has mixed feelings on the Overwatch League's decision. While he notes that the 2-2-2 role lock allows players to specialize on their favored roles and makes the game more exciting for viewers due to the lack of GOATS, ioStux is skeptical on whether or not the League’s goals will be achieved.

“I would have preferred it if they introduced a role lock to Contenders first to test it before implementing it into OWL. It seems like a very risky move. It's too early to say whether this change will improve OWL or make it worse. I find it odd that they would implement such a drastic change without any prior testing.”

“That said there is still a chance that we will end up with 1 comp being played 90% of the time, which wouldn't be a huge improvement over GOATS, especially with the current stage already showing a lot of meta diversity without the 2-2-2 lock implemented.”

It is likely that the once-dominant Dive comp could be one of the most-used compositions returning in the 2-2-2 role lock. Countering Dive was one of the main intents behind the design of support hero Brigitte, according to Overwatch’s lead designer Geoff Goodman in his interview with PCGamesN in 2018. “Brigitte should certainly help against dive and hopefully help diversify the metagame. She is particularly good against Tracer and Winston.”

The intent to diversify meta has failed before, as Brigitte’s introduction led to the GOATS meta. ioStux seems to have little faith that the League will learn from Overwatch’s mistakes. However, Connor "Avast" Prince has more hope.

Avast, a caster for North American and Korean Contenders and former support player for the Boston Uprising, has educated and entertained viewers on his concurrent Overwatch League streams. When asked his opinion on the role lock, Avast defended the decision for the league, stating that arguments focusing on the impact of competitive integrity to other meta shifts.

However, when considering the impact outside of OWL, Avast is more hesitant. “My first impression is extremely positive yet a little apprehensive to see how it is functionally implemented not just at the OWL level but its cascading impacts, if any, upon the rest of the game and its ecosystem.”

“Contenders not having a role lock would mean the players are essentially playing a different version and meta of the game that is completely divorced from the OWL. That would be extremely harmful to being able to prove their readiness at all and would make scouting a lot harder to achieve accurately and efficiently.”

Scouting and recruitment has been enabled by the Overwatch League in their attempt to incentivise OWL teams to have academy teams, stabilizing the Path to Pro. Success stories include the Toronto Defiant’s Gods, sharyk, and Logix being promoted from the Montreal Rebellion this season. 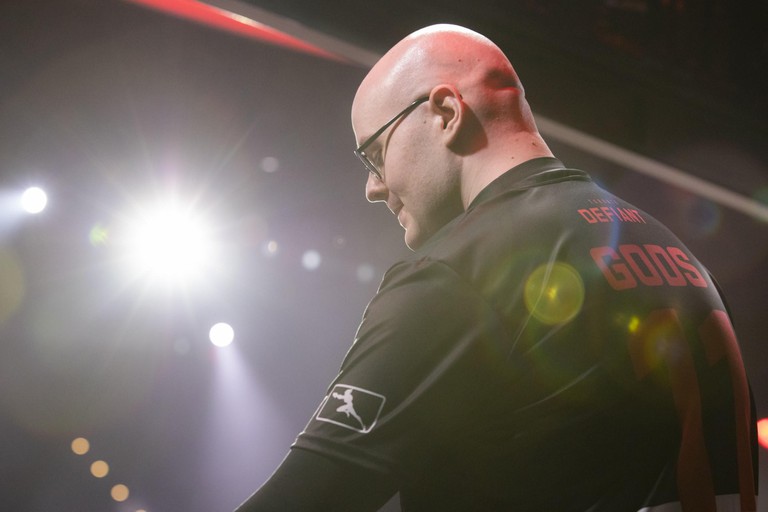 But with Mayhem Academy, Eternal Academy, and NRG Esports all releasing their rosters and staff, the link between academy teams and their parent organizations is weakening. ioStux’s worries that OWL’s 2-2-2 role lock will once again, destabilize many academy team players’ Path to Pro.

“If 2-2-2 was exclusive to OWL there would be [scouting] changes, since academy teams would have to scout players for the OWL format, which might put them at a disadvantage for the Contenders format,“ ioStux reveals.

“Playing Brigitte in Contenders won't help a player prepare for OWL at all if OWL had a 2-2-2 lock, so they would have to choose between prioritizing Contenders or OWL, and I think the choice is obvious for most teams. The worst case is that winning Contenders will become even less of a priority for managements with their academy team.”

While ioStux believes that academy teams may have the least to gain from a 2-2-2 role lock, Avast’s experience casting various Contenders regions has lead him to believe that certain regions may benefit from OWL’s decision.

“I think this change potentially allows for regions that haven’t really adopted wholesale the 3-3 meta and stuck with other composition variations to be a little less rusty in once the meta shifts. However, most players in most regions haven’t altogether stopped practicing those heroes in a ranked or even scrim environment so I doubt it has that much of an impact in terms of regional development. It also validates pickups like Colourhex in OWL or Water in NA Contenders in that they are much better and more impactful on DPS heroes.”

A potential benefactor is the non-academy team Clockwork Vendetta, who has become known for their iconic, 2-2-2 eligible composition - Orisa, Roadhog, Mei, Torbjorn, Ana, and Zenyatta. The European Contenders team dominated this past season of Open Division and have since defeated last season’s top 2 competitors, Angry Titans and the London Spitfire’s academy team, British Hurricane. Since their rapid rise, the Clockwork Vendetta composition has even been seen in the Overwatch League, used by the Toronto Defiant.

Avast’s experience as a professional player leads him to believe that many players will not need to change their play or hero pool during the 2-2-2 role lock to increase their chances of breaking into the Overwatch League.

“If anything, adaptations will become less necessary due to a role lock as it ensures you will always be playing the role that you were scouted for and wanted to play rather than having to learn outside your hero pool, i.e. GOATS. This consistency is overall a much better things for players,” Avast argues.

ioStux agrees, but only if 2-2-2 is permeated throughout the lower tiers on the path to pro. “The more widespread its implementation -OWL, Contenders, OD, Ranked- the less change there will be. It will be better for players overall because they won't be forced off their main role anymore, which allows them to specialize more and not be forced onto characters like Brig or Zarya who could hurt their career prospects.” 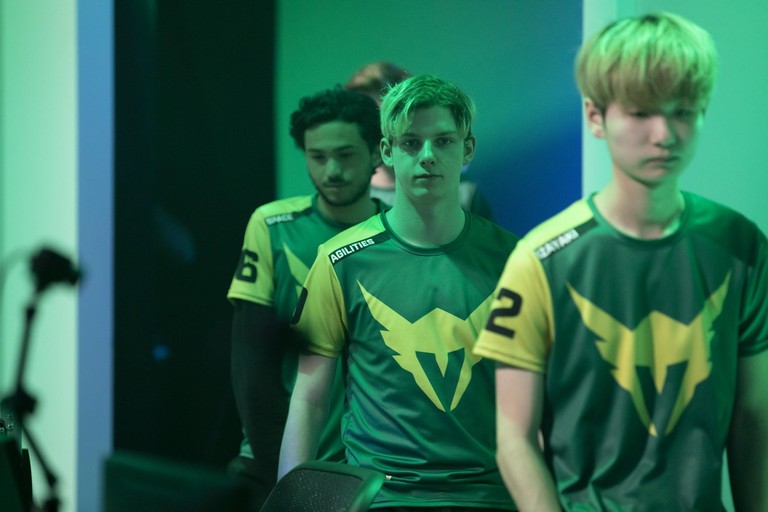 So what will happen if 2-2-2 is not implemented at lower levels? Although ioStux believes that this shift will be inevitably coming to Contenders, he notes that coaches will have to make decisions that could directly impact their players’ potential to rise to the next level.

“If Contenders had no role lock while OWL had one, then coaches could no longer simply copy what OWL teams are running because the meta might be completely different,” ioStux notes.

“Contenders teams would be put in an awkward situation, play the comp that is strongest, or play the comps that OWL teams play to give their players the best chances of getting scouted and practice on relevant heroes? “

Whether or not Contenders or Open Division eventually see a 2-2-2 role lock, Avast and ioStux are among the many who have considered whether or not the league’s decision will be the best way to steer the meta away from GOATS. Avast contextualizes the impact of GOATS on the league’s longevity.

“Is it better to find solutions in the frame of what the game was designed to be, or what the best/most practical solution is? In my opinion there are theoretically good solutions within the context of the current vision for the game, but a 2-2-2 lock is far more pragmatic and helps create a consistency within a game looking to establish a long term league and ecosystem on top of steering the meta away from GOATS.”

ioStux remains cautious. “I still believe that a ban system was a system worth exploring at least, to conclude whether it is viable or not. I believe that 2-2-2 lock is a band aid fix that was easy to implement.”

“This isn't inherently a bad thing, but it's definitely a bold move and I hope we won't regret 2-2-2 in OWL one day.”

We hope so too.