Overwatch League playoffs bracket breakdown: All you need to know

Following the end of the Overwatch League regular season at the Los Angeles Kit Kat homestand on Sunday, teams have begun preparing for the OWL playoffs. But who are the final 12? How exactly will they be whittled down to the final two? We break down the details. 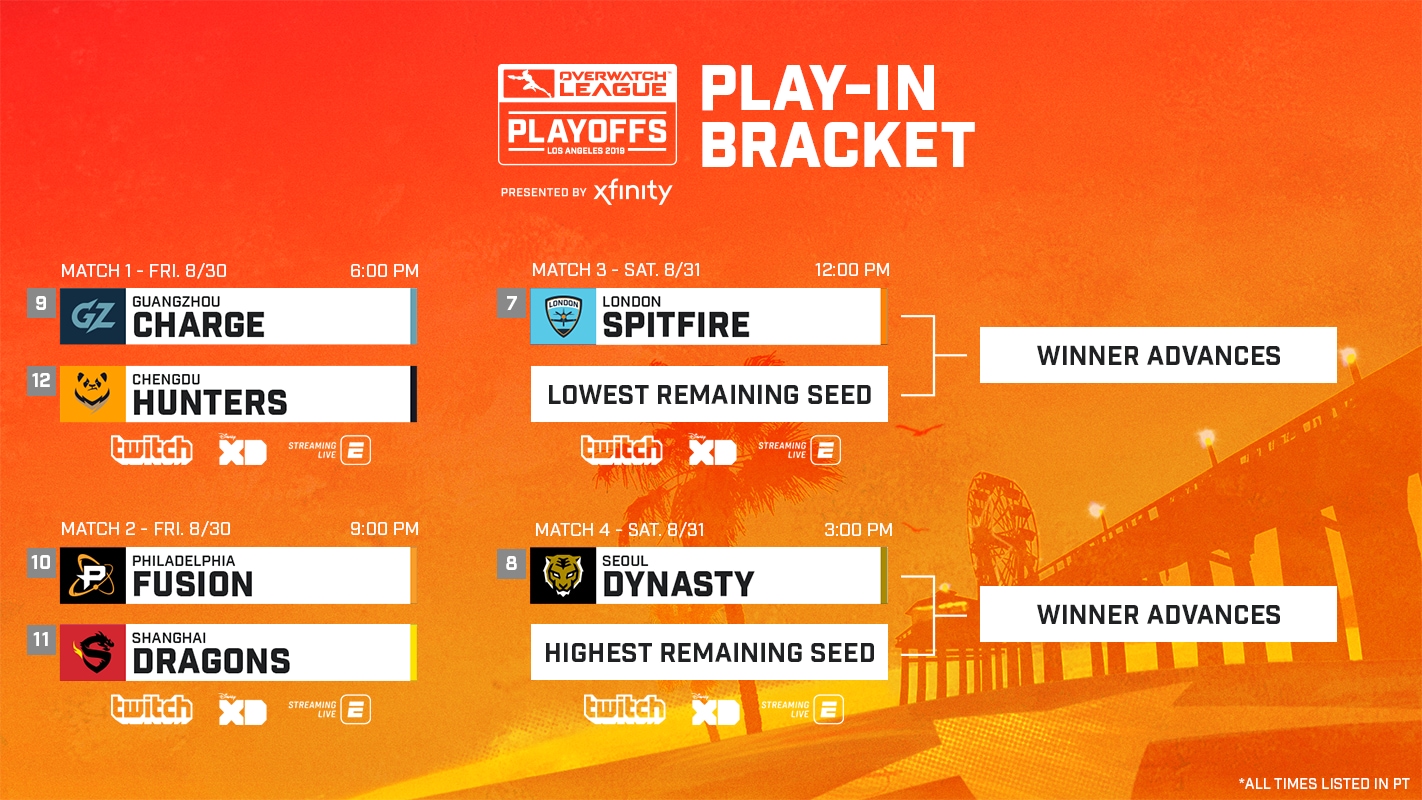 The 8th – 12th seeded teams will fight this coming weekend for a chance at one of two playoff spots. The 9th through 12th teams have all shown a great deal of promise the past seasons, and whichever rise to challenge the Dynasty and Spitfire certainly won’t give them an easy match. Dynasty and Spitfire for their parts looked inconsistent in Stage 4. That said, Spitfire are known for pulling something special out the bag for playoff matches, leading to speculation of a possible finals run reminiscent of last year. 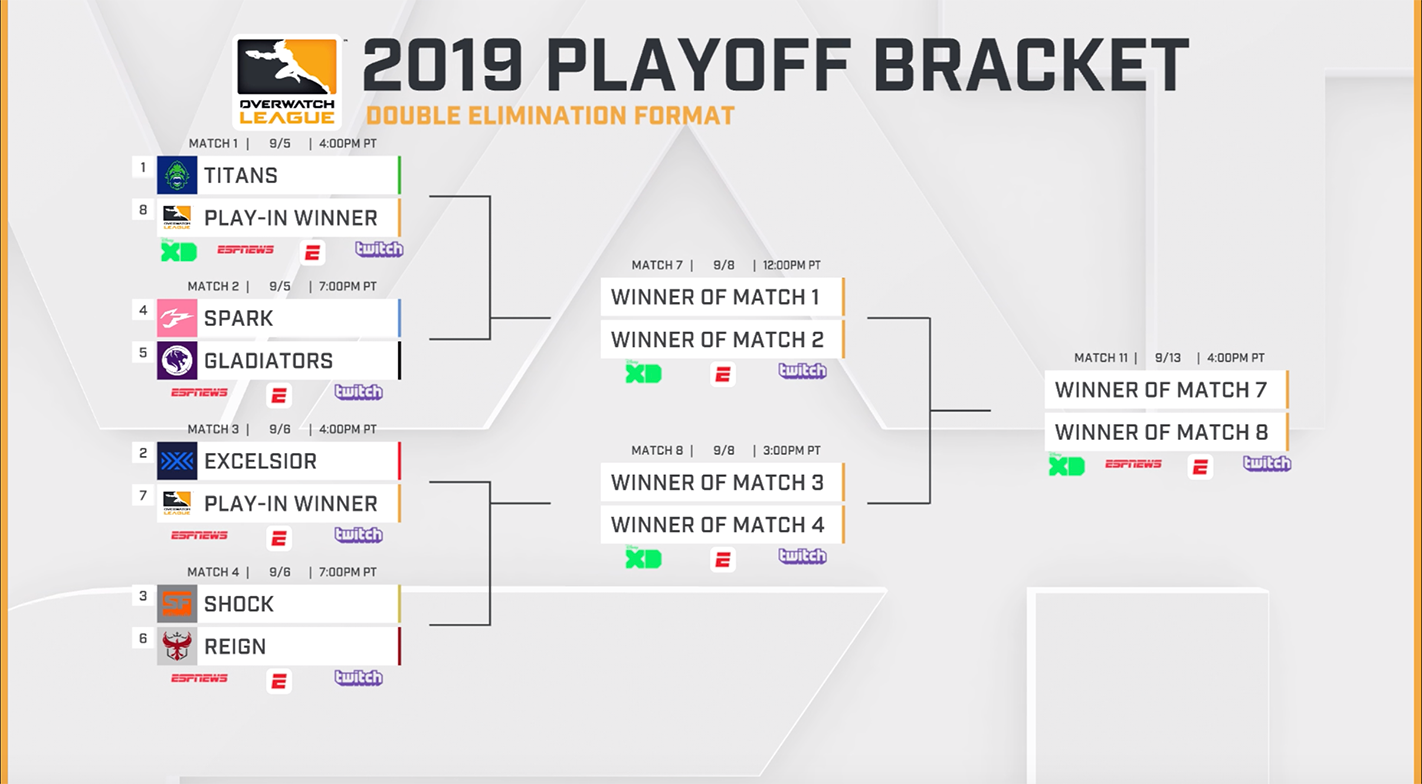 The top six teams are guaranteed a spot in the playoffs the week after next. The two Play-In winners will face off against the division leaders, Vancouver Titans and New York Excelsior.  The Titans and Excelsior played an incredibly close game on Sunday that went to the third round of a fifth map, but Vancouver prevailed. Note that while Excelsior is the second seed as Atlantic Division leader, the San Francisco Shock as third seed actually have more wins and a much higher map differential. See a summary of playoff contender records here:

Blizzard has confirmed that Sigma will be available to teams at the playoffs. This likely means that a plethora of other changes such as the Brigitte rework will also be active. While the devs envisioned Sigma as a main-tank, pros and ladder players alike have found far greater utility in him as an off-tank, and the hero will likely see playtime. Symmetra has also seen major uptake in play following a massive buff and could see extensive and widespread use for the first time in Overwatch’s esports history. OWL also revealed the official map pool along with some statistics:

No matter who you support, these playoffs are sure to be a great watch. With long-time rivals and new upstarts all vying for the top spot, it really is anyone’s game. The Grand Finals will be played at the Wells Fargo Center on Sunday, Sept. 29. For more Overwatch League content, check out our coverage of Tizi’s signing by the Titans. Or visit the Overwatch League to watch replays of all regular-season and stage playoff matches.