Provided by Upcomer Seraphine seems to be a popular pick among Upcomer's experts when it comes to one of the pickems questions.

The famous tradition is back again but newly improved. With multiple changes, the official Pick’Em for Worlds 2022 includes many new categories for fans and spectators to engage in with hopes of beating their friends and other people around the world for a shot at some pretty cool prizes. But when it comes to picking the right answers for all the new categories, it may be tough to pin down the right choices.

Upcomer’s panel of League experts are here to give the fans a look at their choices in order to make more informed decisions. Here is a look at Upcomer’s picks for the champion category of the Worlds 2022 Crsytal Ball Pick’ Em?

Which champion will be picked the most at Worlds 2022?

Warren Younger: One thing that is odd about Worlds 2022 is that the patch they are playing on is a full two patches newer than what almost every single region played in their playoffs — meaning that the entire meta has shifted over the course of the last month so going off of old meta to make these picks may not be the best bet. However, I’m going with Aatrox here. Aatrox has historically been one of the most picked top laners in pro play and according to solo queue stats at U.GG, he still demands a high playrate.

E.G Kant: Right, I’m usually really bad at these but I think it will be either a jungler or marksmen, depending on which one teams think are bigger ban priorities. If it’s marksmen, I think it could be Miss Fortune or Kai’Sa, which I hear is coming back into the meta. If it’s a jungler, I’d say Lee Sin due to his buffs and how ubiquitous he is to Worlds. I’d probably lean towards a marksmen champions being the most picked though.

Kenny Utama: My pick here is going to be Maokai. It was a toss up for me which pick would be the “Tank Top” of the tournament between Ornn and Maokai. I chose to go with Maokai due to the slew of buffs he received in patch 12.17. In addition to his general tankiness, his ult now provides him movement speed as it hits targets, and his Bramble Smash now does maximum health damage. Incredibly strong buffs for a forgotten top that will probably be blind picked and early rotated in drafts.

Rashidat: I would have gone with Ornn but I think Caitlyn may take the title if she is not banned often. There is no shortage of Caitlyn  players at Worlds and Riot already buffed many of her abilities in Patch 12.17. Moreover, a Caitlyn that is far ahead in-game will be scary to deal with and a major advantage for any team. 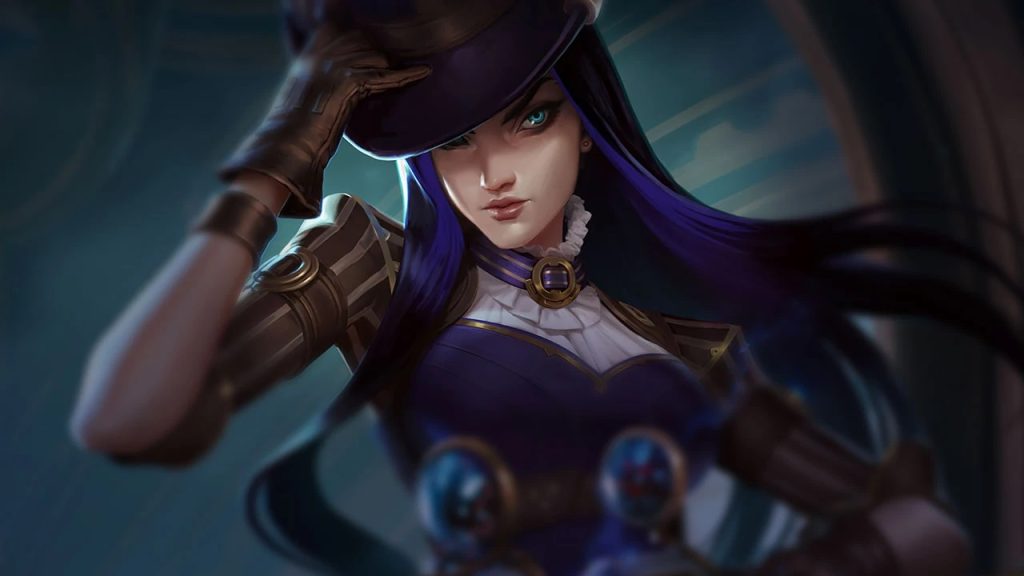 Who will be banned the most during champion select?

Younger: Hecarim received some absurd changes recently that makes him one of the most powerful junglers in the meta game. Jungle priority will most likely be important this year at Worlds 2022 and if Hecarim is as oppressive as people believe he is, I don’t think teams will take chances leaving him up. U.GG has his ban rate at something absurd like 69% in solo queue but with a poor win rate, it might not be warranted but this one atelast makes logical sense.

E.G: I think it might be Hecarim but I’m not sure here as opinion seem divided on his nerfs on 12.18. It could be…Aatrox? It feels like he’s really strong right now but has not been nerfed and maybe people might ban him a ton. If not, it might be a marksmen depending on their relative strength since 12.16. If it’s a marksmen, maybe Caitlyn or Miss Fortune? I don’t think it’ll be Kai’Sa but I could be wrong. It’s either Aatrox or Miss Fortune for me on this.

Utama: I’m going to bet that a consistent trend for bans is that they are going to be focused on the top side. With that in mind, I’m going to go with Ornn. Personally I think this category is difficult to choose, but Ornn just provides too much of a safety net for many teams. Aggressive comps will most likely opt to get rid of the champion than ever dealing with it in the late game.

Rashidat: I’m going with Maokai here because he is a very viable champion due to the mobility and tankiness he will offer. Moreover, his win rate has significantly increased since the buffs and he has over a 50% win rate across almost all elos for top lane in ranked.

Who will have the highest winrate at Worlds 2022? (Minimum five games played)

Younger: Caitlyn is my pick for superstar of Worlds 2022 as I think she is well positioned to make an impact. I think over the course of the tournament teams will catch on to her power and will be the surprise pick of the tourney. It’s been a while since we have seen Caitlyn in pro play but it may be the time. Her play rate in solo queue is up there according to U.GG. She has a near 20% pick rate leading me to think she might be more than a solo queue only pick.

E.G: This one is really tricky hmmm… I actually think the highest ones will be pocket picks or just overwhelmingly strong picks. I don’t know what will be overwhelming OP or all the player’s pocket picks, so I’m just going to load the gun and shoot a very random and weird pick here: Kennen. Why? LPL teams love Kennen, LPL teams are strong so you get the picture.

Utama: The highest winrate champs will be the ones that are used as a counter pick, but not played too much so that the high win rate can be preserved. My guess here is going to be Fiora. With it being a top centric meta, and with so many talented eastern Fiora players, I think the top lane dominator is going to have a field day in the hands of the correct players.

Rashidat: I think this will be between Caitlyn and Miss Fortune. Both of these bot lane champions will be prioritized during Worlds and it will be hard to constantly ban both every game. Moreover it will be hard to see the buffed Caitlyn in the hands of some of the best bot lanes in the world losing. 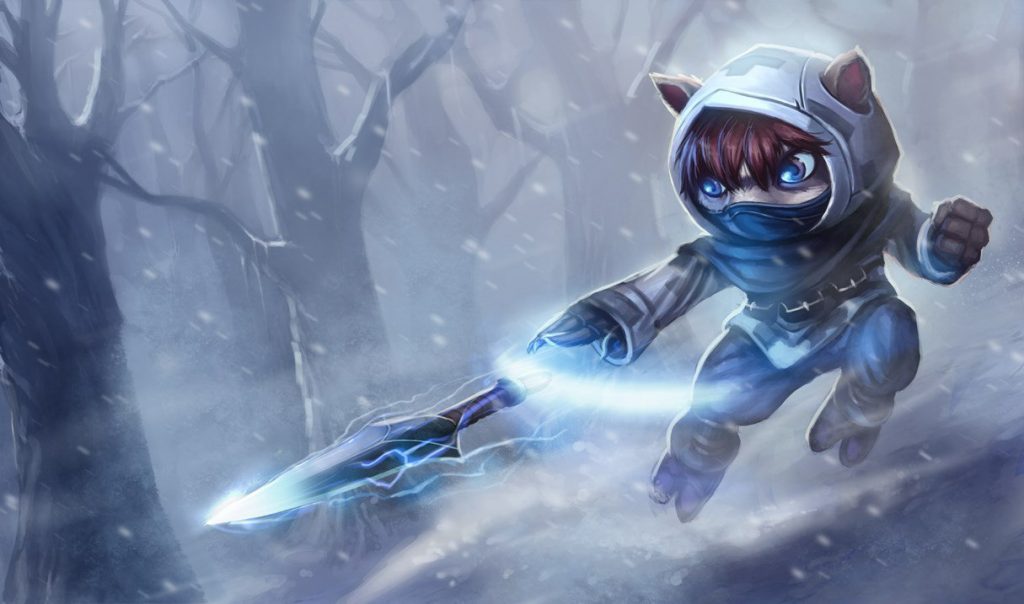 Who will be played in the most different roles at Worlds 2022?

Warren: Seraphine is my pick here. As a versatile pick in the Mid Lane, Bot Lane and support, I think Seraphine is the most likely champion to see play in multiple roles. Just in the summer split alone, she was played a near equal split in mid and bot lane according to Gol.gg. Although meta has shifted since summer, many teams had success with Seraphine picks even when she was out of meta.

E.G: Aside from Seraphine, as Warren mentioned, I don’t recall too many flex picks recently. I’m going to take another stab in the dark and be different because that’s why I’m invited to these, and go with either Swain or Renekton. Mid and bot for the former, top and mid for the latter. Or, I could go with the really crazy pick of Morgana who some have played mid, jungle and support! Swain/Renekton as my main picks and Morgana as my super outside, spicy pick.

Utama: I would say Seraphine too, but with such a wide range of games I’m going to go beyond the way and mention Yasuo. Several teams have pulled off Yasuo bot lane matches and it is not out of the question to see the champion in top or mid lane. A spicy pick, but I’m taking my chances with this one.

Which champion will have the most total deaths at Worlds?

Younger: Supports are always the unsung hero in League and especially so in pro play. When looking at numbers, the players with the most deaths are typically support players especially when they are on engage champions with no way out. And there hasn’t been a more played engage champion in modern times than Nautilus. This is probably the safest pick of the bunch as last year Nautilus was among the leaders in deaths per game.

E.G: This is usually jungle or support, I think? Well, if Karthus is in the meta then Karthus 100%! Amumu has been played recently as another option for engagers so maybe Amumu or Nautilus since they tend to punch one-way tickets. Or maybe Thresh since he’s apparently coming back into the meta too. I’m doubtful it’ll be an Enchater support winning this.

Utama: My personal pick for this will have to be a support champion with a lot of engage, whose job is to die at the start of the fight. No better champion fits this mold than Nautilus. In a sea of Yuumis and Lulus, players still opted for Nautilus from time to time when they lacked engage and wanted to push forward. Would not be surprised to see Nautilus and Kallista as an aggressive early game combo.

Rashidat: This will likely be a battle between support champions as they end up being the sacrificial lamb for the team. While we seem to be in an enchanter support meta, an engage champion like Nautilus with the most deaths has remained a go to pick for several players.