Provided by Riot Games The stage is set for Beyond Gaming to take on Hanwha Life Esports and for PEACE to take on Cloud9 on Day 5.

After going the full 10 games, the first day of the 2021 League of Legends World Championship play-in knockout stage finally wrapped up with Beyond Gaming and PEACE advancing to the next round. The two teams will face Hanwha Life Esports and Cloud9 respectively, for a chance to qualify for the Worlds 2021 group stage.

Following the last match of the day, some of Upcomer’s League of Legends staff gave their initial thoughts on the play-in stage so far as well as the matches ahead.

Who comes out on top between BYG and HLE?

Tom Matthiesen: Both of these teams have a clear leader on Summoner’s Rift. Hanwha Life Esports relies on Jeong “Chovy” Ji-hoon to ascend to divinity, whereas Beyond Gaming puts all of their faith into Taiwanese bot lane god Chiu “Doggo” Tzu-chan. Neither of these teams play clean League of Legends, but Hanwha Life edge it out to me.

For all of their flaws, they simply have a higher skill ceiling and have displayed more consistency at Worlds so far. Beyond Gaming should have won all of their five games against Galatasaray Esports but repeatedly threw away big leads. I’d love to see it go the distance, though, so I’m predicting a 3-2 for Hanwha Life.

Nick Ray: I had a blast watching Beyond Gaming put on one of the most entertaining series I’ve ever seen at Worlds. I had a blast watching Doggo put on one of the most impressive, individual, best-of-five performances in the tournament’s history. Hell, while I’m at it, I also simply wanted them to pull it off — and they did. Despite all of that, I’ve got to go with Hanwha Life Esports.

Neither team has looked very impressive at all in terms of coordinated plays and overall teamwork, but superior individual skill has been rewarded pretty consistently at Worlds 2021, and I believe that HLE (you know, Chovy’s team) probably has the better hands overall. I’m going to call a humble 3-1 for HLE tomorrow.

Parkes Ousley: As much as I’d love to vote for the underdog and hype up a fan-favorite in Doggo, there’s almost no chance that BYG take out HLE unless they have some secret strategy against them.

As good as Doggo is, Kim “Deft” Hyuk-kyu likely won’t allow for him to get the same leads that he’s needed to carry his team, and the strong early games they had versus Galatasaray won’t come against the South Korean fourth seed. Chovy is too strong, and the rest aren’t shaky enough to fall. But boy, it would be so fun, wouldn’t it? Facts don’t care about feelings, though, and the fact is, it’s going to be a 3-0 for HLE.

Warren Younger: Although Beyond Gaming did have leads in all five games and should have won their series against Galatasaray in a three-game sweep, this team has too many consistency issues to put up a reasonable fight against Hanwha Life Esports. Even if BYG could play at their peak, HLE aren’t Unicorns of Love or GS. Doggo is a fantastic player and has shown what he is capable of, but HLE can match him in the bot lane with Deft. HLE wins this series easily, 3-1, and that’s being generous. But I would love to be proven wrong as I’m always down for chaos.

E.G Kant: Despite how nervy some of Hanwha Life Esports’ wins have looked, they should be the favorites to win this series. But yet, in a best-of-five, there is that unpredictable element that could see the ‘under-Doggo’ usurp the perceived Korean iron fist.

Both teams have had very worrying pieces in their tool kits, and Beyond Gaming showed that in their series against Galatasaray, be it Liang or Kino being caught in places they’re not supposed to be or just being unable to close games.

I want to believe in the Pacific Championship Series. I really do. But I find it hard to believe they can surmount the twin guardians of Hanwha in Chovy and Deft. I think it might be Hanwha Life 3-1, but if Beyond Gaming can capitalize on their momentum, especially from their goodest boy Doggo, it could swing 3-2 in favor of Beyond.

Who will win PEACE vs. Cloud9?

Matthiesen: While my EU soul would not be able to handle the hilarity of NA being eliminated by OCE, a region it can freely drain of its talent, Cloud9 are the favorites. Yes, they completely messed up when they had to win just one game to make it to the group stage, but on the days prior, Cloud9 looked incredibly strong. I fully expect them to take advantage of the best-of-five format and tackle the strategies of PEACE.

The Oceanic team admittedly has improved throughout the tournament, but they showed some incredibly messy plays against RED Canids. By all means, Cloud9 should punish that.

Ray: As an NA native, I can’t bring myself to root against Cloud9, especially not in play-ins. And as a writer with a vested interest in my own job security and credibility, I don’t think I can say in good faith that PEACE have a chance.

But look, they’re going to make it fun, for sure. I actually believe the raw skill ceiling of PEACE’s individual players is pretty high, but C9 aren’t going to lose the series. That’s not to say they won’t drop a game or two, but there’s no way they’re dropping three games against the OCE squad.

Actually, you know what? Knock on wood, just to be safe.

Ousley: This is just the second one-sided series we’ll see on Saturday. Cloud9 pulled their signature move in collapsing at an awkward time, but they had a day’s rest to soak in all the hate memes and armchair analysts, and I can promise Luka “Perkz” Perković won’t want to hear any more of those.

In their Mid-Season Invitational collapse, Robert “Blaber” Huang was the team’s biggest weakness, but he’s played to much higher standards this Worlds. PEACE are a joy, and it’s always fun to root for such a lovable region, but unlike the first day of knockouts, it’ll be a quick one on Day 2. Cloud9 won’t falter and it’s another 3-0.

Younger: Just like in the first series of the day, PEACE definitely looked like the better team, but it took them five games to put their lesser competition out of their way. Against Cloud9, a team that is significantly better than RED Canids, PCE cannot afford to slip up.

Unfortunately, PCE don’t look capable of doing that. C9 should easily be able to send PCE back home (but then again, they did drop back-to-back games against the winless Unicorns of Love and then to DetonatioN FocusMe to be put in this situation in the first place). Assuming both teams show up, C9 wins this series 3-0.

Kant: HAHAHA what did I say before??? PEACE PEACE PE— OK, enough gloating. This match to me is more straightforward: Cloud9 should win. Actually, scratch that, Cloud9 must win.

Compared to Oceania, a region that died, rose from the ashes like a phoenix and then had its talent shipped off to NA, Cloud9 are living the life of luxury. Not to mention, other than their two losses, Cloud9 haven’t looked terrible at all.

Like I said in my spicy predictions, I believe PEACE will make sure Oceania is not silenced. They will go down kicking and screaming, and heck, they might even take a game off Cloud9, but Cloud9 will eventually win this best-of-five. My heart wants Oceania to progress, so for once, I hope to be dead wrong.

If you had to vote right now, who’s your pick for Worlds 2021 play-ins MVP?

Matthiesen: One may be inclined to pick a player from a major region. LNG’s icon, perhaps, or Hanwha Life’s superstar Chovy. Doggo is another good candidate. But no, my vote goes to DetonatioN FocusMe’s bot laner Yuta “Yutapon” Sugiura.

Yutapon is the definition of an OG. He joined DetonatioN FocusMe eight years ago and has stuck with the organization since, going from its promising talent to the backbone, the veteran. While his various teammates had pop-off games, Yutapon was the consistent carry for the team.

This DetonatioN FocusMe lineup is the first-ever Japanese team to reach the group stage of a world championship and Yutapon played a pivotal role in the achievement.

Younger: Although it’s easy to pick any player on the undefeated LNG squad, their group was a relative cakewalk compared to Group B. So the award should go to the best player on the best team from Group B, which was DetonatioN FocusMe. Every member of DFM stepped up but the best overall performer had to be Yuta “Yutapon” Sugiura. Across the five games DFM played, Yutapon had an unreal K/D/A line of 25/4/32. Even in their lone loss, Yutapon held his own and still ended the game with a spotless K/D/A with zero deaths. What makes this feat even more impressive is that he did it while playing four different champions in those five games.

Ousley: Nobody here has chosen Hu “Ale” Jia-Le, which feels like a mistake. The other best answer is Doggo, who put on a remarkable show in his reverse sweep, but who also got an extra five games to play with in terms of vying for an MVP vote.

Ale has some incredible stats, with the fourth highest Kill/Death/Assist ratio of all players at the Worlds 2021 play-ins, the best gold difference at 15 minutes and the third highest damage per minute, only sitting behind Deft and Doggo. Finally, in LNG’s most important match — the first match of Worlds 2021 where they faced HLE — it was Ale’s 6/0/8 Jax that truly hammered home the victory. Otherwise, we might have been asking about BYG vs. LNG at the beginning of this article instead.

Kant: It feels fitting to pick someone from LNG Esports or DetonatioN FocusMe since they are the teams who played the cards they were dealt and made it to the main event via automatic qualification. LNG were just a class above all the play-in teams, but I’ll go with the underdogs.

My pick is top laner Shunsuke “Evi” Murase from the Japanese champions, DFM. You might think “huh?” but to me, Evi was truly crucial as to why his teammates could flourish. His Urgot was such a menace that Cloud9 had to ban it, and it still wasn’t enough to prevent Evi doing what he does best. It might not be enough once they reach the main event, but that’s a story for another time.

Ray: My colleagues have great opinions, but I’m not afraid of riding the hype wave. I had some other worthy candidates floating around my head before today, but it’s got to be Doggo for me.

Beyond Gaming struggled in the first half of play-ins, but Doggo was frequently looking good regardless of results. Watching this man pop off and haul his team over the finish line to reverse sweep Galatasaray Esports with a 39/10/44 total KDA, there’s just not much more to say. We witnessed an incredible individual performance across five days from a player who very clearly refuses to lose.

On Oct. 9, Beyond Gaming will play Hanwha Life Esports at 7 a.m. ET for a chance to advance to the group stage. PEACE vs. Cloud9 will kick off shortly after, at approx. 12 p.m. ET. 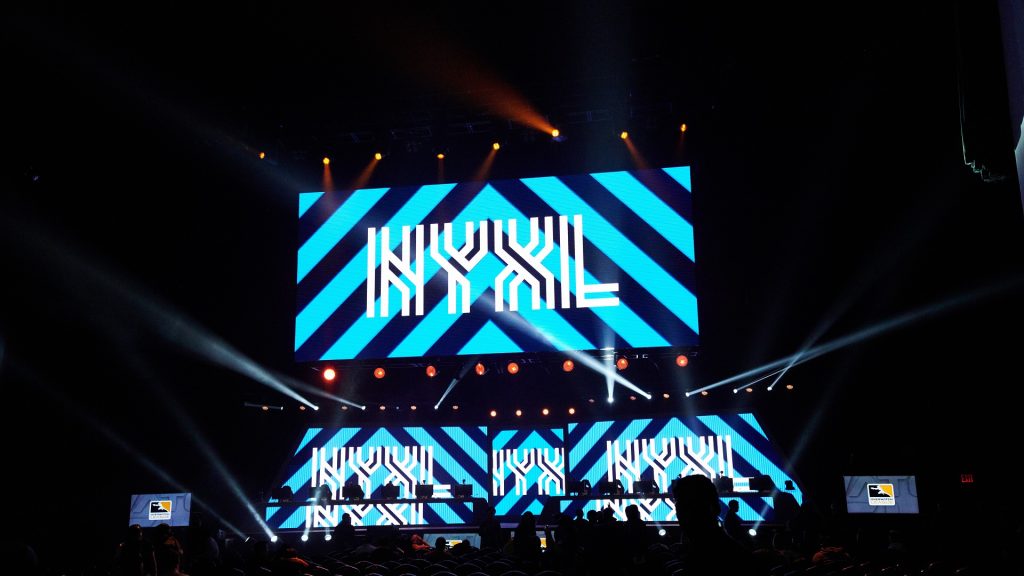