Everything coming in League's next patch.

League of Legends Patch 9.11 goes live this week, according to the official patch notes, which were revealed by Riot today.

There are a number of very major changes, including a reversal for Zac to his pre-2017 update and a significant rework for many of Wukong's abilities, including new mechanics on his passive and a couple abilities. Here are all the details. 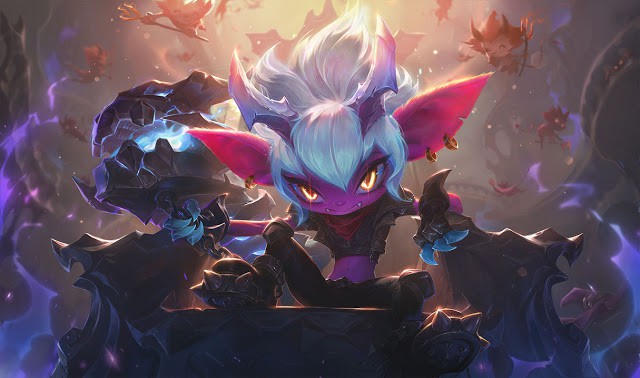 Akali is back with more nerfs, this time to her passive, Assassin’s Mark. It will now restore less energy at higher levels, now scaling from 10 energy to 20 energy, down from 30 energy. The AD and AP ratios on its damage are also dropping, to 60 percent from 90 percent and to 50 percent from 70 percent, respectively.

The world’s saddest mummy Amumu has more to be sad about, with a nerf to his passive. His passive now causes Cursed targets to only take 10 percent bonus true damage, down from 13 percent.

Ekko is receiving a small quality of life change. His E, Phase Dive, no longer locks him out of basic attacking due to the animation.

Demacia’s stony protector Galio is also receiving a set of nerfs to his damage. His W, Idol of Durand, is having its minimum damage lowered by 10 at all ranks, now dealing 10 damage at rank one and scaling up to 50 damage, but its AP ratio is being bumped up to 30 percent from 20 percent. Its maximum damage is being lowered by 30 at all ranks, now scaling from 30 damage to 150 damage, but to compensate its AP ratio is being boosted to a whopping 90 percent, up from 60 percent.

His E, Justice Punch, is having its damage lowered early, now starting at 80 damage instead of 100 damage but still scaling up to 240 damage at max rank.

Permanent drunkard Gragas is receiving a buff to his base stats to make it easier for him to succeed on Con saves whenever he gets too sloshed. His base health is increasing to 600 from 583.52, his health per level gain is going up to 95 from 89, and his base AD is increasing to 64 from 61.38.

Autofill supports everywhere, rejoice! Janna is receiving some changes to both her W and her E, which should result in her being stronger overall. The cooldown on her W, Zephyr, is decreasing late, now scaling down to six seconds at max rank from eight seconds at rank one instead of being a flat eight seconds. Its damage is also going down to compensate, now scaling from 55 damage at rank one to 195 damage at max rank, down from 235 damage.

Her E, Eye of the Storm, is having its shield value increased by 10 at all ranks, now starting at 80 health and scaling up to 220. Its cooldown is dropping early and increasing late, now starting at 16 seconds and scaling down to 12 seconds at max rank. Finally, Eye of the Storm will have its cooldown reduced by 20 percent whenever one of Janna’s other abilities slows or knocks an enemy airborne.

Top laners will have less to worry about with nerfs to Jayce and his Shockblast damage. It now scales up to 250 damage at max rank, down from 270 damage, and has only a 100 percent AD ratio, down from 120 percent.

Sing with joy, as Karthus is finally receiving a nerf to his most hated ability, Requiem. His ultimate will now deal 50 less damage at all ranks, now starting at 2000 damage and scaling up to 500, and its AP ratio is dropping to 65 percent from 75 percent.

Low elo players will need to ban Master Yi slightly less often due to nerfs to his damage output. His attack speed is dropping to 0.679 from 0.733, and his Q will now strike for for 15 percent damage on repeated hits to the same target, down from 25 percent.

Rammus will be feeling less okay, with massive damage nerfs to his ultimate. Now, Tremors will deal 30 damage at rank one and scale up to 90 damage at max rank, down from starting at 40 damage and increasing to 120 damage. In addition, his passive will deal a flat 10 damage at all levels, instead of scaling up to 20 damage and starting at eight damage.

Junglers howl with joy (or frustration), as Warwick will be healing for much more whenever he takes a bite out of an enemy in later stages of the game. His Q, Jaws of the Beast, will now heal for up to 90 percent of damage dealt at max rank, up from 70 percent. The initial healing remains at 30 percent.

Yuumi is receiving quite a few quality of life changes. Her W now grants assists whenever she first attaches to a champion, her Q has a brighter range indicator when first cast, and her E movement speed decay is now flattened and scales on ability power.

Everyone’s favorite blobman Zac is also receiving a mini-rework, though this one is more of a revert.

The cooldown on his Q, Stretching Strikes, is increasing at early ranks, now starting at 15 seconds and scaling down to nine seconds at max rank instead of beginning at 13 seconds.

His W, Unstable Matter, now deals two percent of the target’s maximum health per 100 AP Zac has, meaning AP builds on the champion will be stronger.

His ultimate, Let’s Bounce, is being reverted to its pre-rework version. Now, Zac bounces four times, dealing 140 damage at rank one and scaling up to 280 at max rank, scaling with 40 percent of his AP. Enemies hit by multiple bounces take 50 percent reduced damage. The first bounce knocks targets back for one second, and each bounce slows the target by 20 percent.

The Scorn of the Moon, Diana, is undergoing lage gameplay changes with tweaks to her passive. Her base mana is going down to 335 from 372, but she’ll now gain 45 mana per level, up from 20. Her attack speed is going up to 0.725 from 0.625, and she’ll now be gaining 2.30 attack speed per level, up from 2.25. The damage ratio on her passive, Moonsilver Blade, is dropping to 0.6 from 0.8 and the ability now no longer grants bonus attack speed after casting a spell or restores mana after proccing. In return, it will now grant her 20 percent attack speed after proccing. The tip of her Q, Crescent Strike, will now reveal Fog of War, and her E, Moonfall, is having its cooldown dropped by six seconds at all ranks, now starting at 20 seconds and dropping to 12 seconds.

His passive, Granite Shield, will make Malphite glow when it’s charged, allowing players to see it better, and Malphite’s size will increase with bonus armor, with size capping around 700 armor.

His bread-and-butter ability, Seismic Shard, is having its range increased to 700 from 625 and now has a speed of 1,400, up from 1,200, and spawns closer to the target. Instead of stealing enemy movement speed, the ability now speeds up Malphite and slows the target by a flat percentage, starting at 20 percent at rank one and scaling up to 40 percent at max rank.

His E, Ground Slam, is having its mana cost dropped by 10 at all ranks, now starting at 40 mana and scaling up to 60 mana.

The Teemo changes from the 9.6 PBE cycle are back for even more testing. Read up on them in our official breakdown here.

Monkey king Wukong is also receiving a pretty hefty update, though these changes are unlikely to ship this patch.

His passive is being redone, now called Strength of Stone. Wukong now applies the first part of his new passive, Crushing Blows, whenever he or one of his clones deal damage to an enemy. For each stack of Crushing Blows, the target will take four percent increased damage from Wukong and his clones. The second part, Stone Skin, gives Wukong bonus armor and magic resistance when three or more enemy champions are visible and within 1400 units. Bonuses last for six seconds and will refresh if enemies remain in the area.

His new Q is called Magical Golden Staff and passively grants Wukong 125 extra attack range after casting any spell. The ability now deals magic damage that scales from 20 damage at rank one to 100 at max rank and no longer scales with bonus AD. While it no longer reduces armor on the target, it will heal Wukong for 20 health at rank one, scaling up to 60 health at max rank and scaling with 25 percent of his AD. This healing is halved against minions.

Wukong’s W is being renamed to Warrior Trickster and now creates a clone that will attack nearby enemies, dealing half of Wukong’s basic attack damage instead of exploding for magic damage. The clone’s duration is increasing to 2.5 seconds at rank one and scales up to 4.5 seconds at max rank, instead of lasting for a flat 1.5 seconds, though Wukong’s own invisibility will last the same amount of time. Wukong will now dash for 200 units instead of 100 units when casting the ability, which is having its cooldown reduced by two seconds at all ranks, now starting at 16 seconds at rank one and scaling down to eight seconds. This new cooldown now begins when the clones dies, not upon spawn.

His E, Nimbus Strike, now spawns interactable clones that can block skillshots, but its AD ratio is dropping to 0.5 from 0.8. His ultimate, Cyclone, no longer prevents him from casting other spells; instead, casting other abilities will cancel Cyclone.

Everyone’s favorite blobman Zac is also receiving a mini-rework, though this one is more of a revert.

The cooldown on his Q, Stretching Strikes, is increasing at early ranks, now starting at 15 seconds and scaling down to nine seconds at max rank instead of beginning at 13 seconds.

His W, Unstable Matter, now deals two percent of the target’s maximum health per 100 AP Zac has, meaning AP builds on the champion will be stronger.

His ultimate, Let’s Bounce, is being reverted to its pre-rework version. Now, Zac bounces four times, dealing 140 damage at rank one and scaling up to 280 at max rank, scaling with 40 percent of his AP. Enemies hit by multiple bounces take 50 percent reduced damage. The first bounce knocks targets back for one second, and each bounce slows the target by 20 percent. 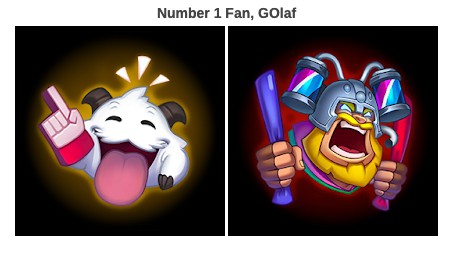 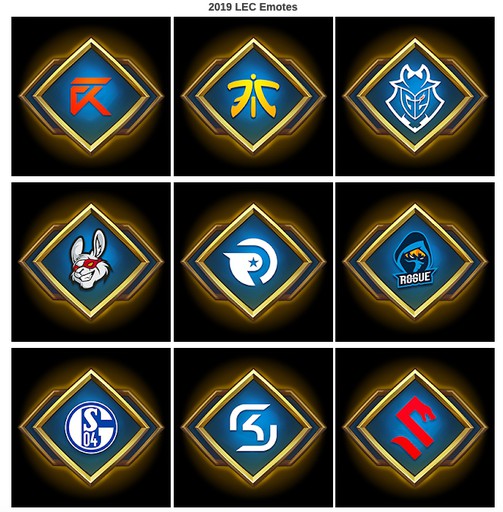 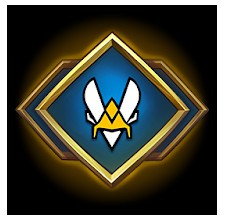