Let's stop pretending they're anything else.

Each event was fun to watch in the moment, but once the lights turned off, I was left with a feeling of dissatisfaction akin to eating fast food. The tournaments are fast, convenient, filled with empty calories, and entirely unmemorable.

The junk food of CS:GO events

The root of this dissatisfaction comes from the format of the tournament itself. BLAST Pro Series events are six-team tournaments run across two days. All six teams are invited, aside from the occasional play-in.

The teams play in a best-of-one (bo1) round robin format, with three games streamed at a time. The event then ends with a Pro-Standoff exhibition match and a best-of-three (bo3) grand final.

Contrasting BLAST tournaments with a typical, tier one LAN event in CS:GO makes them seem barebones.

Tier one tournaments usually have 16 teams. Eight are invited based on world rankings, and the remaining eight qualify through regional qualifiers. The group stage can be bo3 double-elimination, bo3 Swiss, or bo3 GSL groups. Six to eight teams survive the group stage and then play in a bo3, single elimination playoff bracket. Finally, these events usually last a week.

With so much gameplay, a tier one LAN event is like a full-course meal for the CS:GO connoisseur.

The regional qualifiers are the Hors d'oeuvres. The group stages are the appetizer. The quarter finals and semifinals act as the first course.

The finals is the main course as it becomes the culminating act. All of the games up to that point have built up toward the climactic moment, as spectators get to watch the final two teams battle for the trophy.

The dessert is the post-tournament content: Articles, interviews, photos, frag movies, or podcasts.

In a tier one event, viewers can see anywhere between 51-73 games. In a DreamHack Masters, the winning team would have to play one bo1 and somewhere between four to five bo3s. In the IEM double-elimination format, they play one bo1, three to five bo3s, and one bo5 finals. In a StarLadder i-League Swiss format, they play five to seven bo3s and one bo5 finals.

By having this many games, spectators get a satisfactory narrative and the competitors get a challenge. These are the events that create a history and legacy that people will remember.

In comparison, the BLAST events have 17-18 total games. The winning team will play five bo1s and one bo3 finals. That’s like a happy meal from McDonalds. You get some fries and a soda from the group stage games, a toy you can play with in the Pro-Stand off exhibition matches, and a small burger for the finals.

This isn’t a completely fair comparison. After all, the the raw ingredients of this McDonald’s happy meal are fantastic. You often get many of the best teams participating at BLAST, so instead of being a burger made with cheap ingredients, you’re getting a burger made out of Kobe beef.

On the other hand, I’m also underselling the cheapness of these events. If you buy a McDonald’s Happy Meal, at least you know you’ll get to finish eating your fries. The BLAST group stage, on the other hand, does not allow for overtime.

So, if you’re in the midst of a fantastic battle, it can get cut abruptly if the teams go 15-15. The biggest example of this was at BLAST São Paulo. In the final matches of the round robin group stage, ENCE played against Liquid to decide which of them was going to qualify for the finals.

It made for a fantastic storyline. Liquid were considered the second best team in the world, but ENCE upset them at the IEM Katowice 2019 Major. This was their first rematch since then, and everyone wanted to see how these two teams matched up.

In the final rounds of that map, the game teetered on a knife’s edge as the two teams traded body blows. At the very last moment, Liquid dug deep and tied the map 15-15. At any other tournament, the game would have headed to overtime, but not at BLAST. Instead, the game ended there, and the community was left reeling. It was as if the tournament organizers took my fries while I was still eating them and threw them in the trash.

Expanding the fast food chain across the world 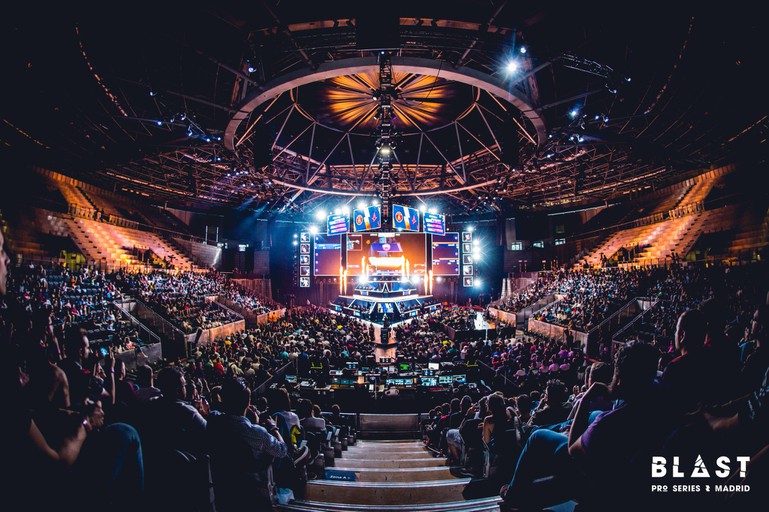 Like every American I’ve ever met, I like eating junk food once in a while. There are times when you don’t want to cook a meal or go to a good restaurant. Sometimes you just want to eat some Chick-fil-A at home in your sweatpants. I get it, and if BLAST had only a few events a year, I wouldn’t complain.

However, like every fast food chain, they’ve started to expand their operations. In 2017, BLAST had one event at the end of the year. In 2018, BLAST had three events. In 2019, they have seven events. Matthew “Sadokist” Trivett tweeted that there are a rumored 9 or 12 events scheduled for next year.

Junk food is not meant to be eaten all of the time, but that is what the CS:GO community is being served.

Tier one events are already starting to feel the pinch of this expansion. Astralis skipped out on StarLadder i-League Season 7 and IEM Sydney, as the dates were too close to BLAST events. Na`Vi did not attend IEM Sydney and will be skipping DreamHack Masters Dallas.

Duncan “Thorin” Shields tweeted that Liquid may be skipping out on ESL Cologne for a BLAST event. Jarek “DeKay” Lewis reported on Dexerto that RFRESH, the parent company of BLAST, are at odds with ESL over event dates.

BLAST’s expansion in the CS:GO calendar has been met with community backlash, and rightly so. At the end of the day, BLAST is trying to replace our full-course meals with junk food.

In some ways, I can respect what BLAST has accomplished. They’ve run successful events around the world that are focused on the fan experience. But in order to appeal to the lowest common denominator, they have stripped their tournaments of critical factors that make Counter-Strike a compelling game to watch.

They have diminished the narrative and competitive value out of their tournaments, and all we're left with are empty calories.