K/DA is a K-pop group in the League of Legends universe consisting of the characters Ahri, Akali, Evelynn, and Kai'Sa. The band name stands for Kill, Death, Assist - the most commonly used metric in the game, and it was made to promote a new set of skins by the same name for the female champions.

The concept was wildly popular, and a “real-life” performance by the group at the 2018 League of Legends Worlds opening ceremony blew up on social media, impressing fans of the game and non-fans alike. The group even have their own lore, as they exist in an “alternate universe where the pop music industry has become largely popular.” 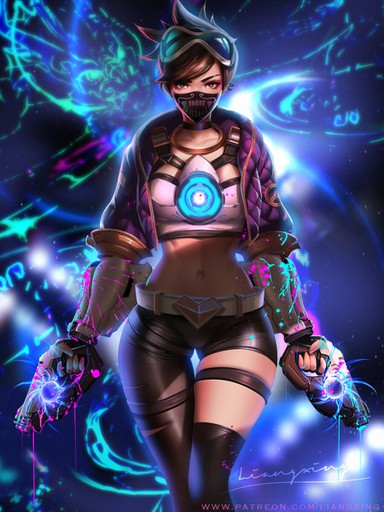 Tracer was the first hero to get a K/DA makeover, and the aspects of Tracer’s classic outfit look amazing with Akali’s K/DA clothes. My favourite is Akali’s jacket, which is adorned with an Overwatch logo just for Tracer.

The artist even drew a blacklight version for Tracer, just like Akali in the POP/STARS video. 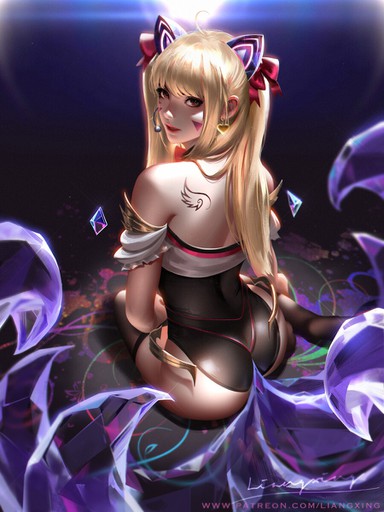 Since Hana Song is already a K-pop star in the Overwatch universe, it makes perfect sense for Liang to include her in their K/DA lineup.

The colour scheme of this concept, along with the cat ears, earrings and bows, bears a striking resemblance to D.Va’s popular Black Cat skin. 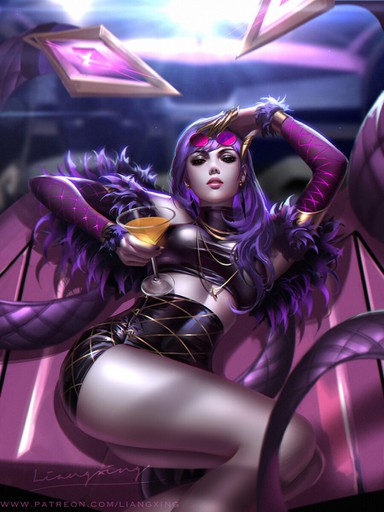 Liang crossed Overwatch’s resident Talon assassin with K/DA’s lead vocalist, Evelynn. By the looks of it, Widowmaker was made for this crossover: from the gold claws to the luxurious fur shrug, all of it is perfect for Amélie Lacroix.

The fact that Evelynn’s demon form gives her blue/purple skin makes her all the more suitable for a Widowmaker crossover. 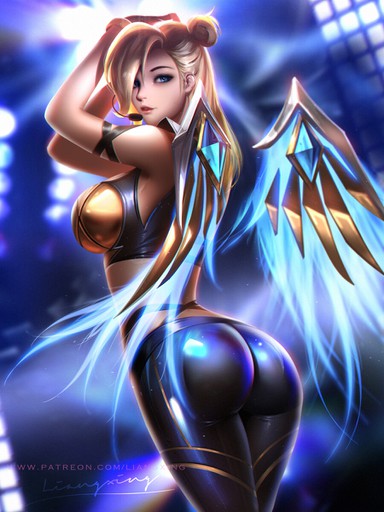 Probably the only similarity between Mercy and Kai’Sa in-game is the fact that they both have wings, but Mercy looks amazing as the Daughter of the Void.

Evelynn’s gold bracelet reminds me of the gold wrist accessories on Mercy’s Winged Victory skin, but this K/DA skin is definitely more glamorous.

Although we probably won’t see any of these skins in Overwatch, these mockups are awesome, and hey - we can always dream.

The next time we’ll see new skins in Overwatch is for the Anniversary event, which should begin towards the end of May. None of the skins have been announced yet, but Jeff Kaplan claims that there will be a new D.Va skin that “breaks the internet.”

In fact, many fans have theorised that this skin could be K-pop related, so while we may not get K/DA crossover skins, players still might get to play as Hana Song’s K-pop persona.