FW Betty: "The first team we're going to knock out is probably going to be Team Liquid"

Flash Wolves mainstay Betty talks making quarterfinals, and choosing which team he'll kick to get there.

Except, this team is actually entirely different than what we’re used to. Gone are the days of Yu "MMD" Li-Hong, Hung "Karsa" Hao-Hsuan, Huang "Maple" Yi-Tang, and Hu "SwordArT" Shuo-Chieh. Now, only Lu "Betty" Yu-Hung remains. As this is their first international event since, Betty’s new team is unproven, and fans and analysts alike are unsure what to expect from the Taiwanese team, although top laner Su “Hanabi” Chia-Hsiang has been with the organization since the end of 2017.

One thing is for sure, though. Betty is confident and determined to continue the team’s legacy in spite of their unproven track record, he told Upcomer after the team walked over Vega to qualify for groups. It’s his plan to return to Taipei in the Grand Finals, but he’ll have to knock a few other teams out to do so.

Congrats on securing your ticket to Hanoi and the group stage! Ilya "Gadget" Makavchuk mentioned to me that he really wanted to play against you because he heard you were really strong, but what did you think of him and his picks?

Betty: So in the first game, he was playing Karthus. It was a little bit annoying playing against him. Karthus was just pushing the lane and called for a gank at level six. In a later game, he was playing as Morgana. He always chooses non-AD, off-meta picks for his “ADCs.” But in the second game, we were choosing counter picks for them, so their bot lane didn’t feel very comfortable during the laning phase. 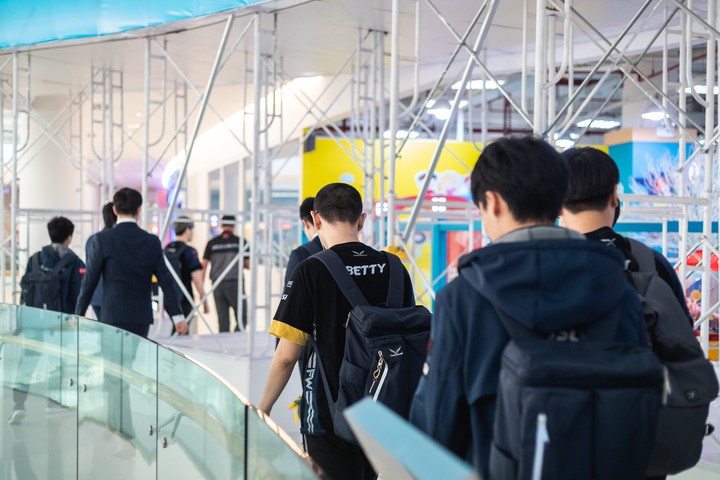 What did that do for you and how you had to play the game? And were you ever worried about knowing how to play against that off-meta style?

I was never really worried about matching up against them in the laning phase because they picked champions that were not very strong in the early phase. They’d pick roaming, team-oriented supports as well as the high impact damage Karthus. So I knew I had to be very aggressive in lane and fight to get advantages against them, because I knew they’d be looking to put pressure on my teammates.

Your jungler, Lee "Bugi" Seong-yeop said he most wanted to play against SKT, do you have any opponents you’re particularly excited for?

I’m always happy to play against whichever teams make it to first place in their region. I want to understand their meta, their playstyle, and general understanding of the game.

Flash Wolves obviously has great history, but the team today is much different than what the world is used to. How is it being one of the only remaining core members?

Back on the older Flash Wolves formation, my teammates were always leading me to victory. They were very strong. But this time, I’m leading my teammates. This time our playstyles are totally different, especially around top. We are basically a new team now with new playstyles.

Ah, so you are the new leader of the team. Is that exciting for you, or is it something you’re still figuring out your role?

Right now I’m excited, but nervous at the same time. I’m excited to make calls, but even when I call out something that’s wrong, my teammates will still execute on that. In the future, I think I’ll keep doing well, and do better to make correct calls more.

And how do you think the team is doing? We don’t know what to expect from the Flash Wolves like we normally do. What do you expect?

On the old team, we would always make it to at least the quarterfinals, I think that was very easy for us. This year with the new team, we still have the confidence to reach that and get to play in Taipei. So as long as we can get comfortable in this meta, we should be able to go as far as normal and make it back home.

Well from what we currently can see, it’s a little bit hard to tell, but the first team we are going to kick out is probably going to be Team Liquid, hahaha! But don’t worry, whoever else comes after that, we will kick them out too.

Ah, this is an attack to me! Well, despite saying this about our team, do you have any words you’d like to say to your North American fans?

Sorry boys, but we’re going to take down your team.