CoreJJ on MSI: "I'm used to being doubted, even back on Samsung...so I'm enjoying it"

CoreJJ is enjoying being one of NA's most-hyped players.

Team Liquid’s star support and NA Spring Split MVP Jo "CoreJJ" Yong-in came up big in the TL win over the home team, Phong Vu Buffalo. His next move is to dominate the group stage to secure a spot in the knockout round in Taipei.

He may be the best support in the world right now, but he has some incredibly tough opposition. SKT and iG in particular are looking to cause some trouble. There will be blood. We spoke to CoreJJ after his win over Phong Vu.

Congratulations on making it to the main stage. This is your first international tournament with NA since your return, so does it feel weird representing a region other than Korea?

CoreJJ: I’m actually just happy to be at an international event regardless of the region I represent. Also, we had so many practices, it got dull. So really I’m just happy to finally get to play back on stage. 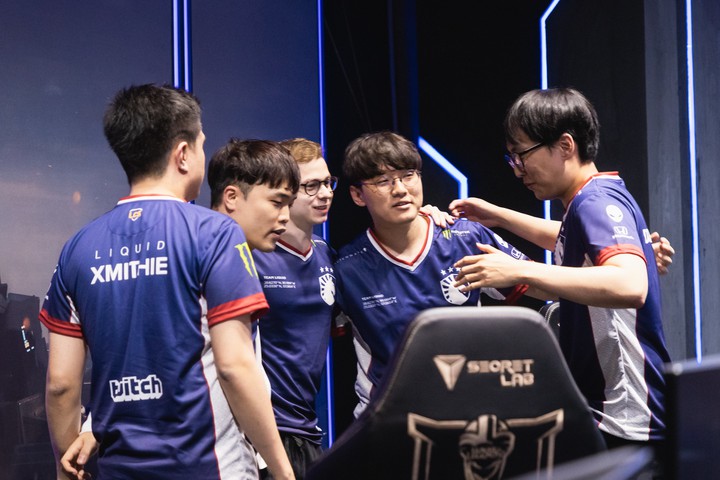 So since you are with NA now, your main rival is EU. Do you have any thoughts on G2’s strength, especially since they have promisq subbing in for support?

Actually it’s really hard to guess how we’ll be against G2. They have a lot of different styles and can be any kind of team. That’s the way they won the LEC championship, so we have to figure them out in our practices. Also, we have to think really fast when we face against G2.

I don’t expect you to go easy on him, but do you have any words of encouragement for Promisq the subbed in support?

I have nothing to say really, I don’t really pay too much attention to the other players. I just call them G2 Support 1 and 2. Hahaha.

Concerning the tournament results, what would make you happy? Is anything acceptable other than winning?

Not getting defeated by Europe.

Are you more excited to play against SKT since it’s your old region?

Not really, they’re all similar.

In your first split back you were named NA MVP, do you feel any extra weight on your shoulders to perform or does that empower you to go on stronger?

There is nothing boosting my confidence from it. I feel pretty normal, really.

I am actually used to being doubted even back on Samsung and Gen.G, so I’m kind of enjoying it. I just hope all the rest of the teams keep underestimating me till the end of the tournament.