Mimic: "Our jungler didn't know an English champion name, so he almost didn't pick at all"

Mimic is currently at MSI as Bombers' top lane.

Despite playing against big names like Phạm "Zeros" Minh Lộc and Kim "Ruin" Hyeong-min in the top lane, Mimic held his own and even got the best of his opponents a few times. Mimic and the crew look forward to tomorrow, hoping to ride this momentum they’ve gathered. And now that they’ve beaten the first place team, Mimic told Upcomer at the end of MSI Day 1 that it’s all smooth sailing from here.

How did you comeback after starting 0-2 to finish strong with 2 wins, even taking down PVB, who had beaten you in Game 1?

Mimic: At the start, we did lose a bit, and we started to have issues with our mentality, but then together, with all our teammates, we cheered each other on and decided to go into the next game with a better mentality. We had a hard start [against Isurus] but we managed to win the game, and after that, we rode that victory through the second win.

FBI explained in a broadcast post-game interview that it was crucial to get that confidence back. Now that you have it, how does it affect your team going into tomorrow’s games?

Well, now that we are more comfortable and used to the environment, I think we’ll win more.

What was the struggle at the beginning then? Why was it so hard to get going?

We are a very aggressive team, and we rely a lot on jungle pressure to win the early game and close out games. But since our early games didn’t go as planned and our jungle kind of failed a bit, we then failed a bit together. That’s why we lost our first two matches.

You were drawn into the play-in group of death, and most teams don’t have much expectation besides the few at the top. What do you think needs to happen for the OPL to change that narrative? 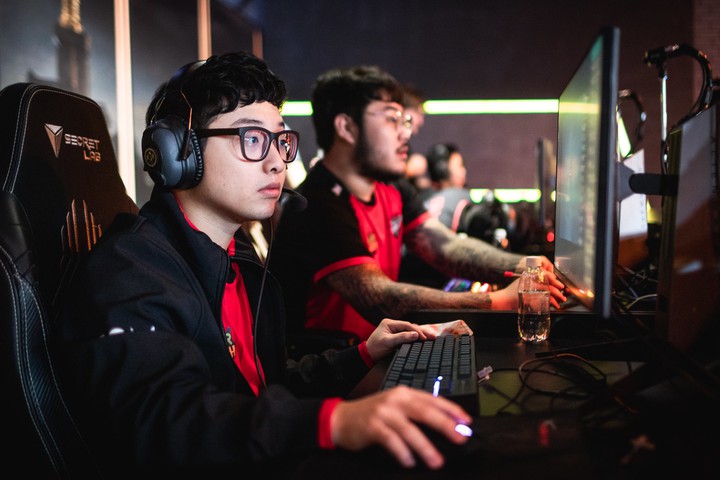 So to help out your league a little, do you have any fun stories of things that happen there but maybe not in other regions?

I don’t think there are many stories to share, we just tryhard and try to have fun.

But today when we went in the games in the pick bans, our jungler didn’t know a champion name in English, so he almost didn’t pick a champion. The champion was Nautilus, he just didn’t know how to type that in.

So I met your fellow toplaner, Pabu, at ASE and asked him who I should talk to from Bombers and he told me you were really funny. So two things, first, got any jokes? And second, got any advice for him in his Korean solo queue adventure?

Hahaha! I don’t think I’m a funny guy, Pabu is the funny guy. He is so kind for saying that.

Pabu has a very strong mental and tries very hard, so I think he’ll do well, but I hope he does hit Challenger in Korea.