Ruin on Zeros: "He is very aggressive. I've never seen a player play like that before"

It's hard to handle the "throw myself at them until they die" technique.

Former Giants top laner Kim "Ruin" Hyeong-min has been highly praised and hyped in the weeks leading up to this year’s Mid-Season Invitational. After day one, he is already making headlines, especially after his fierce game against Phạm "Zeros" Minh Lộc.

Despite his team ending Day 1 with a 2-2 record, Ruin is confident going into his upcoming matches with 1907 Fenerbahçe. If you haven’t kept up on the tournament’s first games, be sure to tune in as he leads his team in hopes of turning the tides and facing Team Liquid this weekend, securing the chance to make it to Hanoi for the main event.

You’re in second place now despite this loss, but how will you improve from this point forward to ensure you can make it to the knockout stage?

Ruin: Well we finished with two wins and two losses today at second place. To be honest, I’m not happy with the results, and I’m very disappointed with myself and my team. So for tomorrow we are going to try and fix our teamwork. I also think I had issues with my body strength, so I’m going to try and sleep more and get a better condition to win tomorrow and try and get to knockout stage.

We also saw PVB lost their last game as well, so both of you looked really strong at the beginning but lost at the end of the day. Do you have any idea what happened with 1907 and PVB?

We definitely noticed both teams are shaking a bit, but I think the main reason for us is we went into the games lacking some concentration, since it’s a long day. Also, though I think we had a lot of cards ready, because there were so many matches today, we still didn’t have enough cards prepared. Also, the other regions are strong regions. They are indeed the first in each region, so they’re not to be looked down on. For Phong Vu, they are a very aggressive team, based on watching their games today. Since they play very aggressive, I think they slip up sometimes and that’s why they lost. 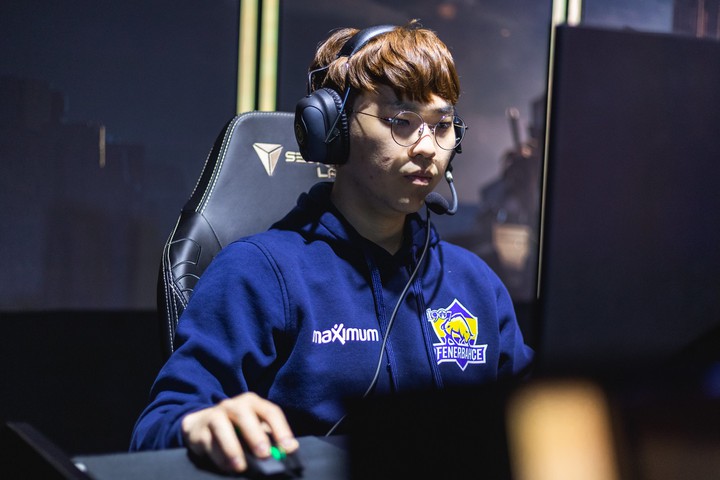 Speaking of that, there’s a fun aggression between you and Zeros in the top lane. That was an exciting matchup with both of you killing and counter-killing so much. What do you take of your relative strength? And will you get the better of him tomorrow?

It was definitely a very new experience for me with how much we exchanged kills and went back and forth. It was a very new style of play since he was very aggressive. I’ve never seen a player play like that before. While playing the game against him, I kept having to think where he’d try and kill me again and where he’d try and all-in me. So it was a very fun experience. But for tomorrow, we are red side. So I can pick a better counterpick against him that will make my laning phase more easy. But I think overall today, we had a good chance at winning against them, but we made a few mistakes that led to our loss. So if we fix that, it should lead to a win.

Speaking of big aggressive top laners, there are a bunch at this tournament ahead of you if you advance forward, any you’d be particularly excited to see?

I think [Kang "TheShy" Seung-lok] and [Kim "Khan" Dong-ha] are both very good. And they’re both koreans players, so I’d love to play against them. I’d like to meet them and share a handshake with them. 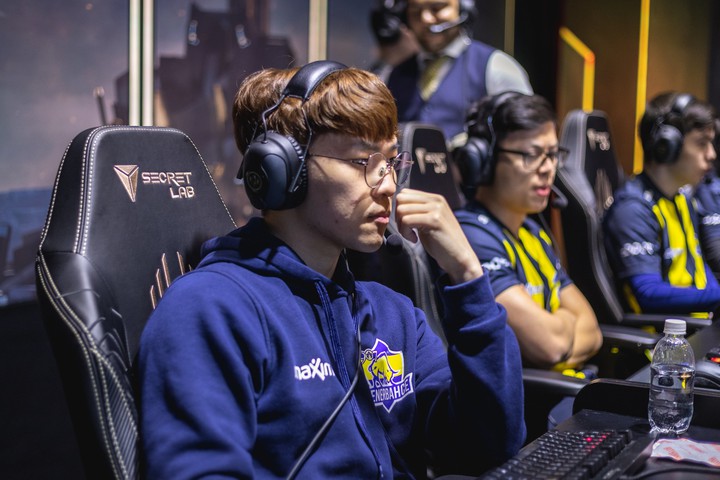 Lastly, Turkey famously has a lot of Korean players in the region. What is it about Turkey that makes it a good environment for Korean players, and what do you like about the region personally?

I think Turkey is getting franchised soon and people are getting more interested in it worldwide. So by doing well at MSI, people give more interest in us, and it helps us grow as a league. Also, I heard that if our team does well here at MSI, our region might get a second seed at Worlds this year, so I am very excited that we are getting bigger, this publicity is helping us grow.

For Koreans enjoying the region, one of the big reasons is the food is really nice. There’s a lot of bread and meat, and that makes it really easy. When going to a foreign country to live, the food is one of the biggest issues, and I feel very comfortable with Turkish food. And if you visit, the best is the desserts, the ice cream!