Kobbe on feeling underrated: "It feels nice to prove the haters wrong"

Upcomer spoke to Kobbe about why he believes the public perception of Splyce and his own career is wrong.

Kasper “Kobbe” Kobberup has long been burdened with the mantle of “Mr. Consistent.” The bot laner has played seven straight splits with Splyce, and he believes much of Europe underrates the organization he’s been loyal to since 2015.

Despite what he sees as “misguided opinions” about his talent, the Danish marksman locked a place in the LEC Spring All-Pro first team. The Splyce veteran claimed five Player of the Match awards, just two off the top, and led his team to a fourth place finish in playoffs.

Upcomer spoke to Kobbe about why he believes the public perception of Splyce and his own career is wrong.

You and Splyce finished fourth in LEC for the first split of the year. Was this close to your initial preseason expectations?

Kobbe: My goal is obviously always to win every split I play in, but I think we can be satisfied with a fourth place finish considering we are a completely new team, with a few newer players as well. Everyone else wrote us off, and predicted we would not even make playoffs, so I guess we did better than what everyone else thought. 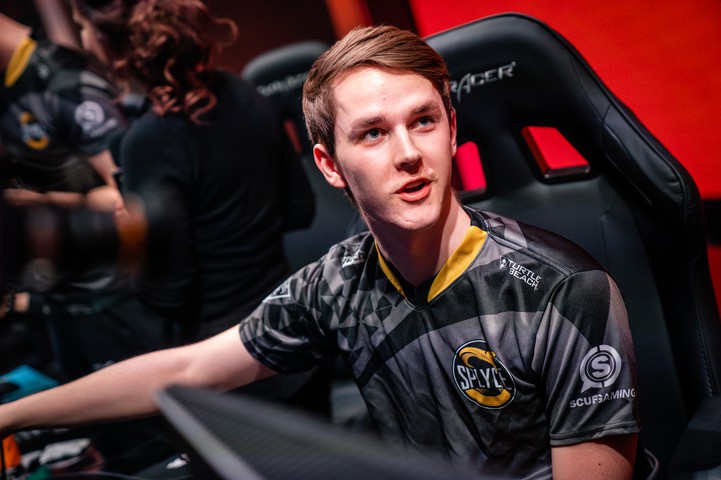 What’s the next step for you guys as you head into the offseason?

For the off-season, we have to reset mentally, take a bit of time off, and then start practicing hard to come back stronger in the summer.

In the playoffs, you faced SK Gaming and Fnatic and never got a chance to play the top-two seeded teams. What do you think of the new LEC postseason format?

I mean yeah, it obviously gives a huge advantage to the top two teams because they basically skip two best of five series, and even have a second chance if they lose. It seems a bit ridiculous in my opinion.

I agree that you should be rewarded for placing high in the regular split, sure, but such a big advantage for maybe having one more win, or even a tiebreaker win, in the regular split seems a bit stupid to me. For first place I think it’s fair to give a huge advantage, but not really for second seed. 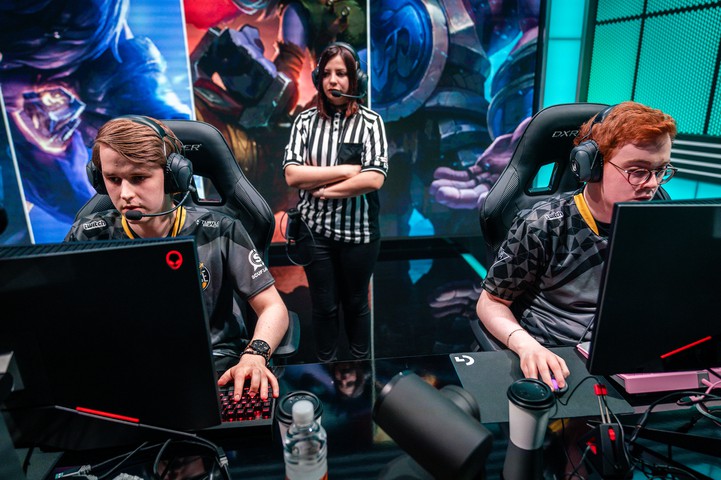 Speaking of changes, you’ve been around the European scene for a while. What do you think of the EU LCS to LEC changes?

I think the changes have been very positive, mainly in terms of viewership and the amount of hype it has brought.

Another change for you has been the Splyce roster itself. What has it been the sole remaining member of Splyce from the LCS days?

I think it has clear positives and negatives. I have shown I can perform no matter what teammates have been around me, and otherwise I’m not really sure what to say. It would be nice to have a new adventure some time, not because I don’t like it here, but because I think there’s very few esports players who stay in the same place their whole lives.

Every year feels like a new start because of roster changes, but not really like a new adventure in that sense. What does feel nice with Splyce is to prove the haters wrong, and be able to perform every year no matter how strong the team is, so I don’t have to listen to clueless people saying I’m carried by my teammates.

What do you think of the new roster the organization has built in 2019? Who have you enjoyed playing alongside so far?

I quite like all my teammates at the moment, and I would definitely say it has been better than my expectations. They are all super cool guys, very chill and positive, and I feel like I work well with all of them. 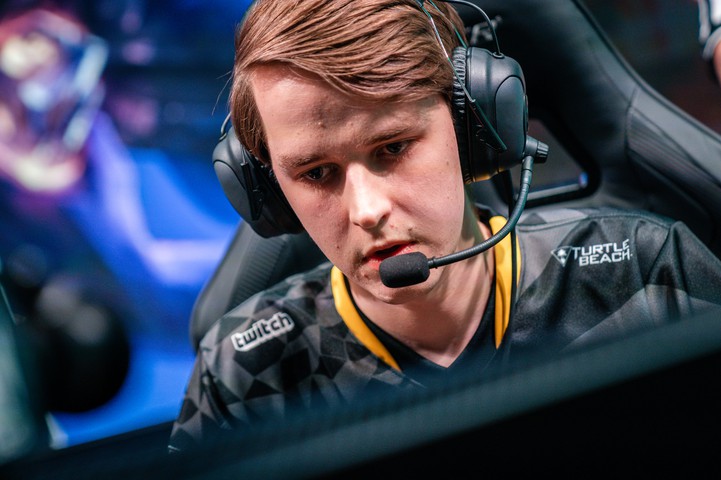 What has been your favorite thing about playing for Splyce since its inception?

Just being able to have my own place, where people can respect me for being loyal to my organization, and see that I will always do well no matter what situation I’m in.

The first two years felt more like a family thing with the Danish guys in the squad, who are all good friends of mine, and [Mihael “Mikyx” Mehle] of course. For this year and 2018 I have been a little more on my own.

Now that you’ve had a full season against them all, who has been the hardest LEC bot lane for you and Tore “Norskeren” Hoel Eilertsen to face?

I think the Schalke bot lane [Elias “Upset” Lipp and Dong-geun “IgNar” Lee] was really good in the first half of the split, then the G2 bot lane [Luka “Perkz” Perković and Mikyx] has been good as well.

This is now the sixth time in a row Splyce has qualified for playoffs, and the third time you find yourself in the final four. Do you think Splyce deserves to be spoken about as one of the strongest organizations in Europe?

People are always going to disregard Splyce and write them off. I hear it everywhere I go, and at this point it doesn’t really bother me anymore because people just have their own misguided opinions and storylines set in their minds, and they don’t bother looking out of their own head to see the reality.

Splyce is not number one right now but shouldn’t be treated as a bottom-tier or mid-tier team when that is proven wrong every single split. 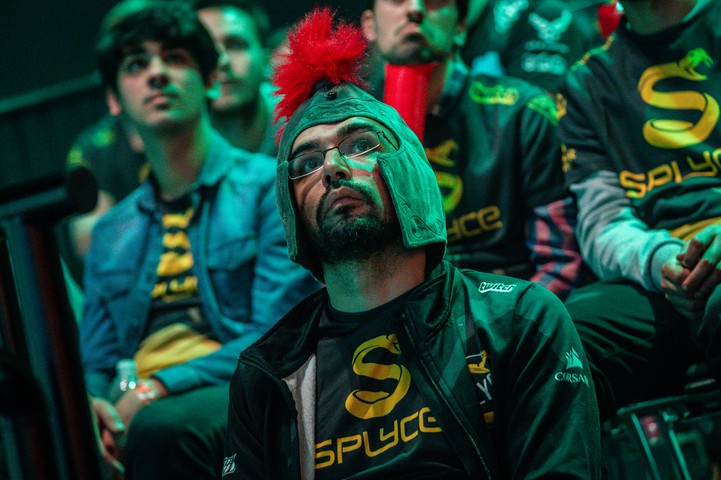 The last time you competed internationally was the 2016 World Championship. Are you eager to get back there with Splyce in the next few splits?

Of course going to Worlds is the goal every season for any players who wants to win, and prove himself. It’s kind of sad I haven’t been there since 2016, so I really want to go back.

It seems a lot of fan opinion comes from performances at international events, but is that something the players think as well?

Yeah, international performance plays a huge part in how players are spoken about, since at that point you can actually start comparing them to other regions, and talk about who the best in the world is.

Now that you have the fourth place playoff run under your belt, how do you think you guys can capitalize on this to finish even stronger in summer?

We just have to keep working on what we already have and keep improving so we can be even stronger for Summer Split. 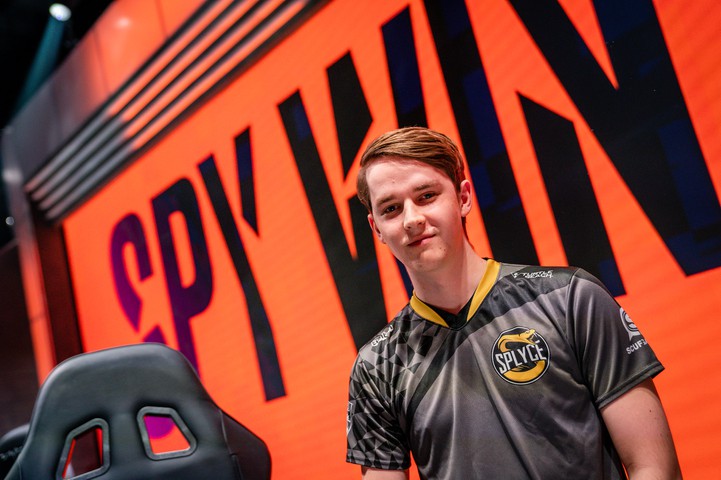 Anything in particular you’re looking forward to in the offseason now? Do you put League of Legends down for a time between splits?

I just look forward to relaxing for a bit, seeing my friends and family. I still play the game a lot because it’s what I enjoy doing, but I do take short breaks occasionally.

Finally, do you have a message to all the Splyce fans that have been following you and the organization over the past five years?

Thanks for the support, it means a lot and keeps us going.