Hauntzer on LCS playoffs: "The top teams are TSM, TL, C9, and we're right behind them"

Questions for this interview by Aaron Mickunas; article written by Isaac McIntyre

After the 2019 Golden Guardians roster opened their Spring Split with four straight losses, many were writing the new-look squad off. Two back-to-back tenth place finishes for the organization loomed over the team’s back, and doubts began to grow about whether the assembled players were beyond their prime.

Now, seven weeks later, the team is entering playoffs in fifth place off the back of a 6-3 run in the second half of the season. For the first time in the organization’s short history, Golden Guardians will contest a multi-game series in the LCS playoffs.

For Kevin “Hauntzer” Yarnell, moving from Team SoloMid to Golden Guardians brought with it a host of new questions, challenges, and opportunities. The three-time LCS champion spoke to Upcomer ahead of the team’s postseason campaign about how much he’s enjoyed the GGS culture, and where he believes his team stands among the North American titans. 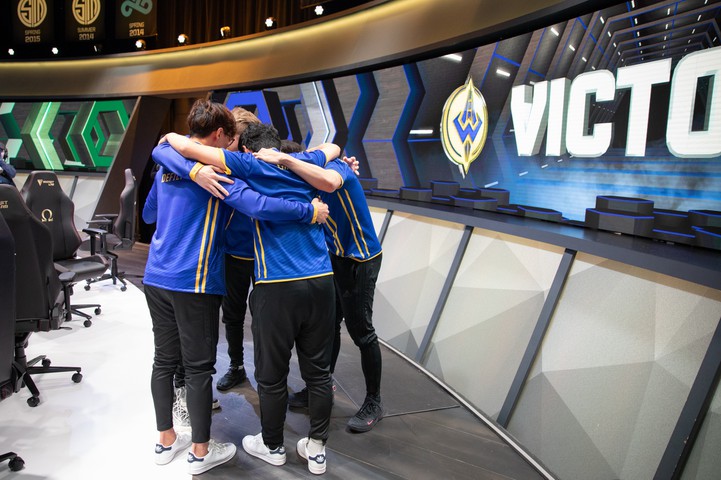 At the start of the split you said GGS were contenders for one of the top spots in the LCS - you’re now in playoffs so you’ve proven you’re in the top half. Any thoughts on how well the team did based on your expectations?

Hauntzer: The beginning of the split was definitely a disappointment for the team and the organization, we went 0-4 in the first two weeks and it could have been prevented if we talked about our issues earlier. We were able to iron them out before we went 0-6 or something worse, and before it was just too late. Now we’ve come into our own and we’re playing much better as a team. We’ll see how we go in playoffs.

Outside of one appearance years ago, this is the first time you’re in the LCS playoffs without TSM. Does it feel odd to be entering the postseason with a different team?

I’ve been in the playoffs just once before without TSM. It doesn’t feel that weird, you’d think it would feel a little bit weird, but it doesn’t. I think part of it is that I’ve acclimated to this team pretty well over the split, feels like we’re all friends, and I still speak to all my old teammates so it’s all pretty good. We speak to each other a lot. 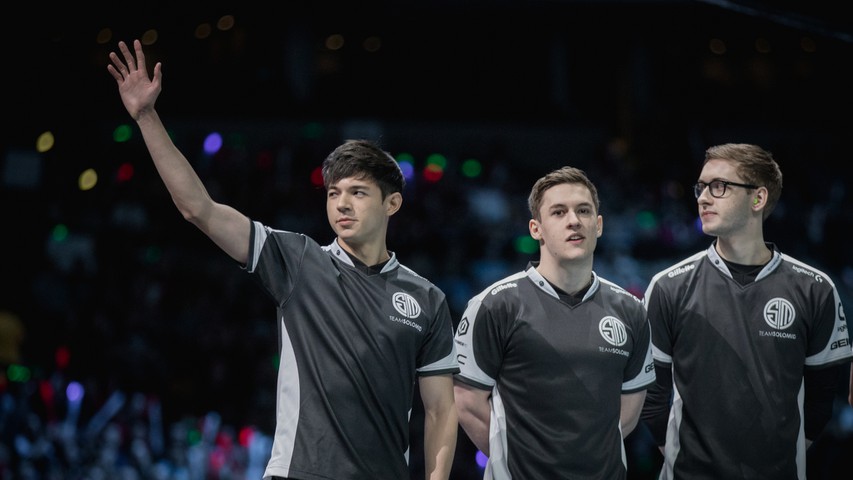 So you’ve still got a good relationship with past teammates like Bjergsen [Soren “Bjergsen” Bjerg] and Svenskeren [Dennis “Svenskeren” Johnsen]?

Yeah there’s no hard feelings, it’s way better than coming at it with a feeling like “Why was I kicked out?” or anything like that.

You, Froggen, and Olleh have been to playoffs before, and you’re the veterans on the team. Does it feel different being back, as opposed to the younger guys like Deftly and Contractz coming in for fresh success?

There’s probably a big difference in mindset between us and the younger guys. Joo-sung [Joo-sung “Olleh” Kim], Henrik [Henrik “Froggen” Hansen], and I have been very successful before, and Juan [Juan “Contractz” Arturo Garcia] has as well, to an extent.

For Matt [Matthew “Deftly” Chen], he spent his first two splits in the LCS getting back to back tenth place finishes, so he’s really excited now that he’s finally in playoffs. Matt really wants to prove himself a lot because he feels he’s a lot better than tenth place AD Carry. He’s definitely a really strong contender in his role, and he’s really excited.

Everyone else feels like we’ve all done this before, we’re just coming in knowing the ropes and doing our thing. We’re going to have to lead the other players and make sure they don’t tilt, have a bad mentality, or get too complacent in the matches and all that stuff. 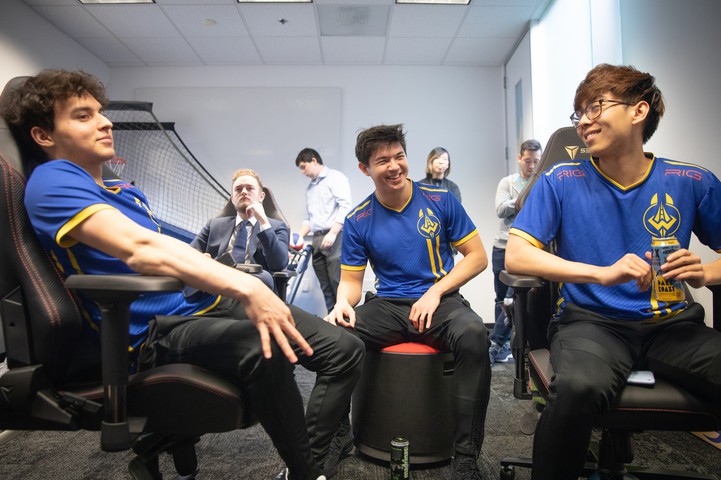 There are two teams everyone is talking about, Team Liquid and Team SoloMid. Are you doing anything special to try and deal with those two teams?

Not really, we just want to focus on ourselves. That’s the biggest thing, I feel if you keep trying to chase after someone you’ll never get past them. We have a lot of stuff to focus on for ourselves. The top teams are definitely TSM, TL, and C9, and then us right behind them at the moment, so we’re just going to keep trying our best and go from there.

You’ve mentioned in the past how you love the Golden Guardians environment, and how open and welcoming it is. Is that still the feeling you have about the org at the end of the split?

Yeah definitely, our management and staff, and all the players too, keep a really good mindset and obviously there’s some times where fights break out and people get mad at each other, but that’s normal. There’s never any hard feelings at the end of the day, and we all take care of each other.

How did you deal with overcoming the 0-4 start to the LCS in a new organization and team, especially considering GGS has this open environment?

Your goal as a team is to win, and to win, you need to have discipline. You have to be focusing on what you need to improve at all times, so I think the big thing for us was learning how to keep each other accountable.

We wanted to make sure no one else slacked off too hard, or partied every weekend. We didn’t want anyone not participating in solo queue, and playing too many other games. After the first two weeks we took a look at what was happening that was inexcusable with the losses, and now we’re trying to find a balance between pure discipline to the team and the game, and also just having fun. 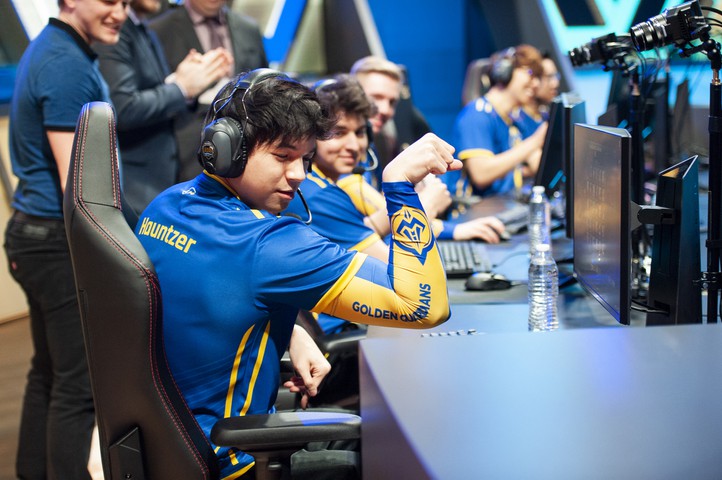 I imagine the fact that GGS has separate working offices and living quarters helps keep the work/life balance at an even level?

Yeah, we’re close to each other but we can always be on our own whenever we want. That makes it easier.

Outside of League of Legends, what have you been doing to get away from the grind of LCS and the game? I know a while ago you said if you wanted to work out with your teammates they’d all be down. Do you guys still do that?

Oh yeah, Juan, Matt and I go down to the gym downstairs in the office after scrims, and then workout there for an hour, then we order food together. We also do some other team-bonding things like playing games, stuff like playing Warcraft 3, which has made us closer as teammates and helped us a lot in game because it just makes us better friends.

Me, Juan and Matt hadn’t played Warcraft before, but Jung-soo and Henrik had, so every time I play I think “Holy shit how have I not played this before.” We’re all looking forward to the remaster coming out soon.

Finally, looking on to Summer Split, what do you think GGS has to do to be one of the top contenders, and one of the scary teams?

I mean, I feel like the losses we had this Spring Split were mainly because we just ran it down, and that will help us in the next split because we know that we have to keep discipline. If we don’t make dumb solo queue mistakes like chasing down kills, or going for an all-in when the jungle is on your side, all the simple stuff, then we’ll do much better. If we cut out those dumb mistakes, and get back to the fundamentals, we’ll be more than fine.