C9 Blaber: "Everyone wants to play LCS, so I’m trying to get back"

After playing in the NA Academy league for six weeks, Robert "Blaber" Huang finally made his 2019 debut this past weekend in Cloud9’s game against Golden Guardians. Unlike the roster swaps from last Summer Split, Bok "Reapered" Han-gyu wanted a bit more stability this Spring. Blaber playing this weekend may signal more experimentation with roster and playstyle as the split nears the end.

Blaber spoke with Upcomer about his identity on the Academy squad, how he is working with Dennis "Svenskeren" Johnsen to improve his weaknesses, the motivation of being benched, and how he might stack up in the LPL (or other regions.) 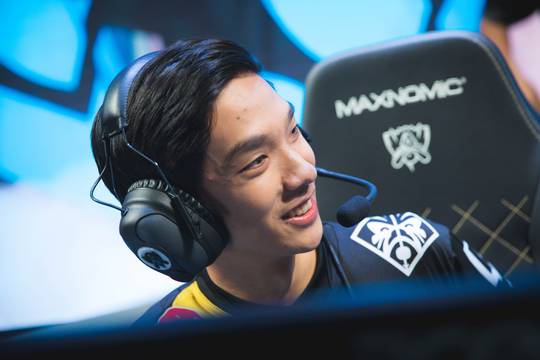 How are you utilizing your time on the Academy team? You played there last Spring, but have also played a lot of LCS this Summer. Reapered mentioned you have gotten a little smarter, what are you able to work on there?

Blaber: I don’t know if it’s the Academy system itself, but after Worlds, where I had a pretty poor showing, I was like, “I’m honestly not that good. I went to Worlds and played poorly. I played seven matches, it’s not like I just played one or something. I really didn’t perform that well.” So I kind of just took time in the off-season to practice new champions, ‘cause that was something I had an issue with. I was really focused on improving, I guess, and thinking more about the game, but also keeping some of the aggression that I had since that was one of my strong suits. So I didn't want to lose that, but obviously I can’t just go in whenever I feel like it. So, that’s definitely something I am able to focus on in Academy. I guess Academy is pretty good if you just get to focus on yourself. Maybe not for most teams, but for our team, we are generally winning. Right now we are in first place so we are able to practice a lot of stuff that I guess maybe the bottom tier teams can’t. ‘Cause they need to win.

It’s something we saw from Svenskeren as well. Last year he performed well, then fell off a little, then went to the good ol’ Reapered Academy Bootcamp, and grew a lot. He mentioned there were certain things he learned in that system that he wouldn’t get out of LCS. Maybe smurfing in Academy lets you experiment and grow more.

Yeah, but I think one of the biggest reasons is like, when you get benched by someone, you work a lot harder and look a lot more at your mistakes. I was there the last six weeks, Svenskeren was playing on stage. I mean, everyone wants to play LCS. So I’m trying to get back there. I’m working hard for it. So, when you get benched or something, or when someone takes your spot, you’re not mad at them, you’re just trying to figure out how to get back there. And I’m not saying Svenskeren is benched, we are just sharing time right now. 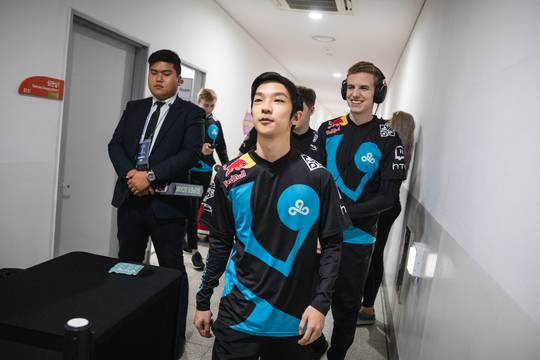 I mean as a player, you want to play LCS for sure. If you could start full time for another team, you wouldn’t really want to share time. But we’re in this situation right now. And honestly, I don’t really dislike it. I respect Svenskeren a lot, I think he’s a really great player and I would say we have a really great relationship. We talk a lot about jungle matchups, we’re always trying to help each other out with champions, builds, paths, new patches… We’re always talking. Yeah, we’re not really competing with each other. It’s like, “Oh Reapered decided this? Okay.” We’re just trying to help each other, that’s what I really like about Dennis. Also, because he is really good, I really respect his opinion a lot. And he’s a nice guy!

I talked to Reapered last week and he mentioned that because of your record and confidence, you’re finally willing to experiment some. Are you a part of this experimentation or did they just play you because you seemed better against GGS specifically? And what are things that you want to test in your play?

I don’t know if I want to test anything right now, I’m just trying to play my best honestly. Hopefully, I can play more in the future or something. But yeah, I’m not sure. I think because we have a good record, Reapered wanted to give me some stage time just in case I’m needed for playoffs or something. So yeah, I think that’s some of the reason. Also, I do think I’ve been playing pretty well in Academy, so maybe he’s noticed that.

It’s interesting that Cloud9 used to swap mid and jungle, but now it’s just a jungle swap. Was that calculated to give you and Nisqy some time to play together or what? 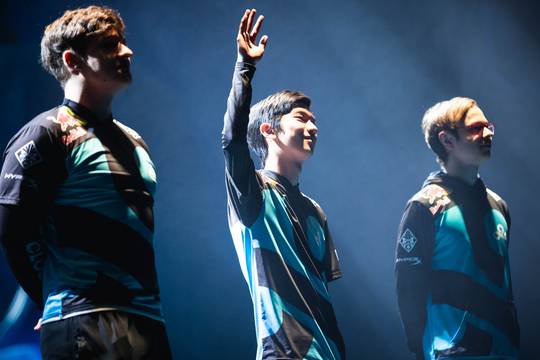 Do you feel like the goal of this game was to win or to learn?

I mean the goal of this game was to win for sure. I’m trying to learn, but I obviously want to win. We all want to win. So that’s the ultimate goal.

Fair! Any thoughts about your current growth? You mentioned what you focused on after Worlds. Any further explanation on what you’re currently trying to hammer out?

I do think I’ve improved a lot on the champions I can play. Since worlds, I think I have gotten a very big champion pool now. I also think that I’ve been thinking more before making decisions and when I am calling for a play I have a little more reasoning behind them besides “I just want to do it.” I guess some stuff I’m still working on right now is checking conditions before I fight. I know some conditions, but I don’t always check all of them. Like, no Flash or something, I know about that, but my AD is literally not even here, I’m not thinking about that as much. I need to think more about our team’s conditions more for sure before I make an engage, because I like to make those a lot.

You definitely do like those engages, but it’s fun! Lastly, where do you feel like your style best fits? What meta? And as such a fight-loving player, do you think if you went somewhere like the LPL you’d be super strong there, or do you like the NA meta and your identity here?

I mean I have no idea what it’d be like if I went to the LPL. I don’t know if I’d be a smurf there or something, but I’m just trying to improve for sure. And yeah I think NA is good. Actually, before I played with Reapered, I was always a tank player. I would only play tank junglers pretty much. Well not only, but it was often a tank meta like colossus Gragas or Jarvan or Sejuani, it’s never actually been carry meta for me since I’ve only been here a year. But yeah, I think my tanks are not bad. I mean I’m playing a lot of carries right now because it’s carry meta… And well Sejuani is pretty good too.