C9 Reapered addresses criticism thrown at LCS: "The logic behind [it] is kind of whatever. It does not make sense to me."

﻿Cloud9﻿ took sole ownership of second place in Week Five of the LCS with yet another 2-0 weekend. Breaking from their Summer Split strategy, where they rotated players up and down with their Academy squad, C9 has kept one single roster on the LCS stage to keep some stability after the changes of the off-season.

As a former coach of the year, Bok "Reapered" Han-gyu offered insight to Upcomer on the trends and styles of the league, from developing metas to how they handle the plethora of patches Riot has released since Week One. Not only did Reapered compare his coaching choices this Split to last, he also provided evidence on how his team identifies and works through weaknesses. Lastly, Reapered handed out a strong rebuttal to all the Twitter analysts that claim NA sucks as a region. 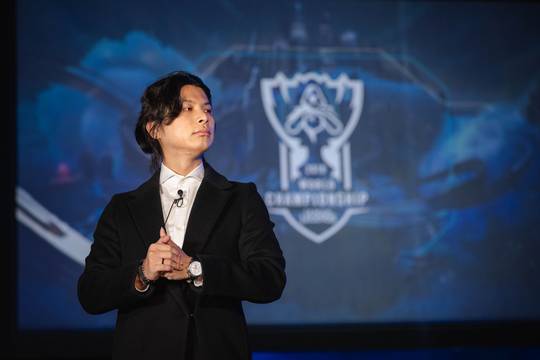 Reapered: So far it’s going well. The process is good. Both with practice and on stage. And Academy just made it to first, and LCS is in second. So everything is going pretty well so far! And Liquid… I do not think they are unbeatable, I said it before.

You had a mid lane change and you aren’t swapping players like this past summer, so what is different about this squad from a coaching standpoint?

[Yasin "﻿Nisqy﻿" Dinçer] has had a two year long career, two and a half years, something like that. But he had no idea how to do laning phase and macro stuff. Like zero! So that’s why it took some time to train him to get to the place where we are supposed to be. I didn’t expect that he had zero idea how to play the game! But yeah, he’s a pretty good player so far, so we are going to keep trying to train him. One of the biggest strengths he has is learning quickly. He tries really hard in solo queue and in the scrims. So that’s one of his strengths and it’s why he keeps improving.

Interesting. Is that one of the reasons why you are keeping the LCS roster more static rather than switching players up and down? To try and make sure he has fewer variables to think about and learn his role better?

That’s one of the things, yes. But another is this season there are a lot of patches just in these few weeks. Specifically, from preseason till now, there were three. Three big patches. In that kind of scenario, I don’t want to swap the players because I have to figure out the patch. If I have to figure out the roster too, it’s a bit rough for me and for the players as well. That’s one of the reasons as well. 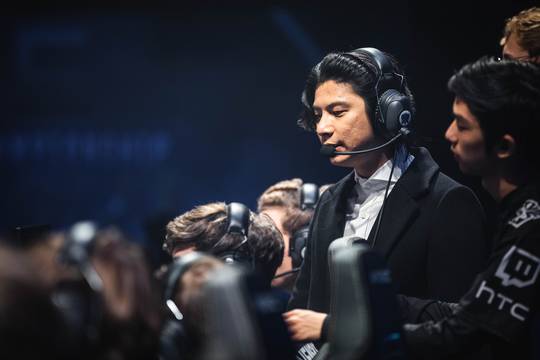 Other than working on Nisqy, are there weaknesses this team shows that you need to figure out? Or are you comfortable with the game plan you guys set up?

So far, since Week 2, I’ve been trying to focus on winning only on-stage. But today we showed some new stuff with the Galio support, the Kindred, that we didn’t bring out before. Right now, I’m pretty comfortable bringing up some new stuff because the practice is going pretty well.

Good to hear you are experimenting a bit! Last year Dennis "﻿Svenskeren﻿" Johnsen told me C9 were starting to prepare for Worlds in Spring and taking risks you wouldn’t otherwise, and it definitely paid off in the long run. It’s exciting to know you’ll get to do that a bit more again.

Yeah, you know, pretty much every day we are experimenting, we just aren’t showing it on stage because I don’t think it’s ready yet. But today’s stuff was working well!

You tweeted out something about people meme-ing North America. What do you think this criticism is that people are dishing out? And is it founded in truth, or are people not giving NA as much credit as it’s due?

I do believe there is truth to both of those. It’s kind of true, but also there’s some disrespect with them not giving enough credit to the players. I asked people “why.” Why do they think the North American league is looking weak compared to other regions. The logic behind their answers to me on my Twitter is kind of whatever. It does not make sense to me. Like “NARAM” or whatever. Like, if you pick those types of champs, and the meta works that way right now… If NA teams have figured out our meta is the NARAM, like champions wise, we have a lot of engage champions in the league right now, so that means if you are one step behind in taking the sidewave. If they get engaged, you’re going to fucking lose your baron. And Riot made the game where after 25 minutes, if they have Baron, you’re going to almost lose the game, Baron minions are too strong right now. So that’s one of the reasons players play that way.

Then the other things are like, “Why is NA not picking a splitpush champion?” Well top teams in North America—Cloud9, Liquid, FlyQuest—those teams are not picking splitpusher champions, right? So that means the top three teams are not picking splitpush, the others follow that. That’s the meta! ﻿G2 Esports﻿, probably they love those types of champions. That’s EU! Probably everyone will follow them, that’s how it works. So Aatrox jungle in Korea, on Griffin, [Lee “﻿Tarzan﻿” Seung-yong] played it, and then everyone followed him. So the meta from the region, no matter which region you are, you want to follow the strongest team in your league, right? That’s how the meta works. It’s not like, “oh these guys [NA] are fucking stupid they read the patch notes incorrectly.” So that’s why every region has their own meta. So yeah, that’s how it works, same in the past.

I do believe our league is not the strongest right now. But the logic that was brought up to me does not make any sense at all, so I’m trying to figure out how I can explain the state of the LCS. I’m not the type of person to bring up this kind of thing, but it’s kind of annoying nobody stepped up. Even our own LCS staff members, coaches, players, or whatever. They’ll tweet out “fans are saying things… LCS sucks, of course!” But no one is asking why or how we can improve those things. 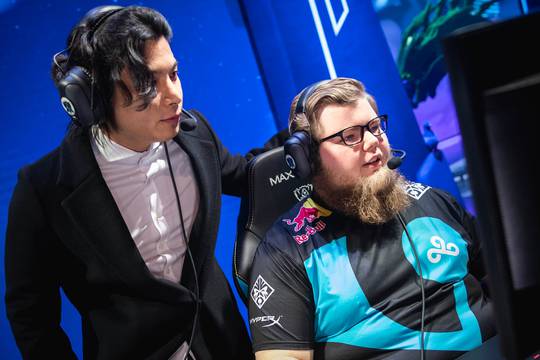 I appreciate the defense and the way you challenge those opinions. But your explanation makes sense to me! So knowing the styles of the regions, do you have any further thoughts about the state of the regions? Like, come MSI, who should be on top given what we know including the various metas?

Hmmm, MSI. Not sure yet, it’s too early! Probably we can think about it when playoffs comes, but not right now. And also, I do believe Griffin looks pretty strong, but I’d like to say, any time you go on the international stage, the meta will be mixed up between regions. Because they’re all top teams too. In the scrims, there will be a top team, let’s say Griffin. Then everyone will follow Griffin. Then if it doesn’t work for us, we’ll just say “fuck that shit, let’s go back!”

Back to the NARAM topic. So you touched on this earlier, there are a lot of patches this season. What is your opinion on the way this season is unfolding with them?

The way the patches work right now is the game is getting more simple. The baron is super strong, dragons are super strong. A lot of fighting, engaging champions are pretty strong. A lot of patch notes make this game more simple to get a win, but on the other hand, lots of rune changes, or champions, shifting too many things. So every week is kind of busy, just busy following up on all the patch notes. But I do like the way it’s working right now.

So you can agree with smaller patches but more often?

Well, I don’t know if these patches are smaller...

True! But they’re at least not quite as heavy-handed as some in the past, like the ones that change the way the whole game works. Like releasing Ardent Censer right before Worlds.

Right! That’s a terrible idea. Like right before Worlds stage, “I know you guys have been playing Maokai for a year, but we are going to delete that champion.”

Well thank you so much for your time and comments. Any last words as we close up?

Just thanks for the interview, thanks to my fans and our team fans! I love you guys!