Twitch Rivals is putting on a Starcraft II event tomorrow

Tomorrow, the series is putting on a $10,000 StarCraft II tournament featuring 24 popular streamers from North America and Europe in the Twitch Rivals: StarCraft 2 Arcade Showdown.

Although the lineup of tomorrow’s event has not yet been released, a look at the lineup for the January Twitch Rivals StarCraft II event gives some indication of the streamers who may make an appearance.

Evan “Winter” Ballnik, the most popular StarCraft II streamer in the world, will likely make his bid for the first prize, and European StarCraft fans may see their region represented by streamers such as Olivia “Livibee” Seeto and Benjamin “DeMusliM” Baker. 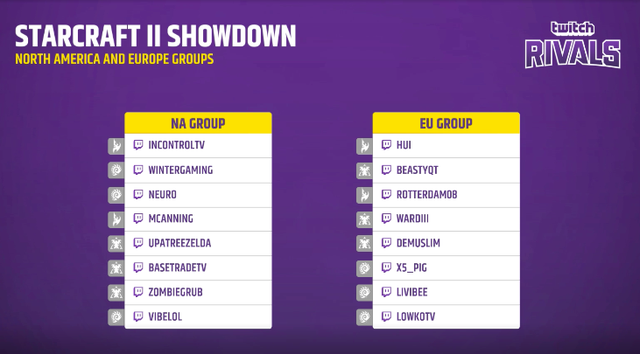 As a StarCraft II Arcade event, tomorrow’s Twitch Rivals stream will eschew standard StarCraft rules in favor of custom game types and maps. According to the event’s smash.gg page, participants “will engage in a pantheon of StarCraft 2 Custom games that range from a slight twist on a competitive game of StarCraft to the all-out frenzy of tower defense madness.

If the stream follows a similar schedule to the January event, the North America and Europe groups will be split into two separate time blocks, each with thousands of dollars in prizes up for grabs.

Catch all the action tomorrow on the Twitch Rivals stream—or catch each individual player’s perspective on their personal streams.