PUBG devs on map redesign leaks: “We’re excited for you to see the full picture”

PUBG may not be the current belle of the Battle Royale ball, but it’s not going out without a fight. A few days ago, Reddit user u/bizzfarts discovered new compounds and terrain changes added to the game’s original map, Erangel, after data mining the test server. 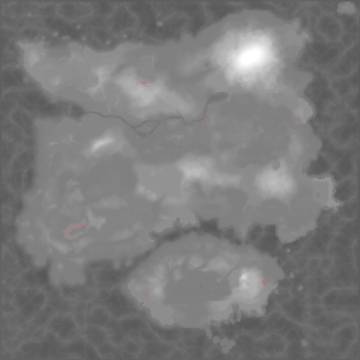 Changes to the height map

In light of this discovery, PUBG Corp confirmed today a series of planned reworks to their maps, with a host of changes on the horizon. In a news post on their website, the PUBG team clarified:

“The addition of compounds is just one way we’re testing internally, but is certainly not the ONLY way.”

They added that “...leaked images are usually just a snapshot in time and rarely represent the entire plan or scope of what’s being worked on. That said, we’re excited for you to see the full picture, along with the level of thought and work the team have been putting into remastering this fundamental map.”

In the statement, the team also hinted that this was only the first of a number of map remasters, while they also suggested they were actively looking into game balance and loot frequency.

In the past, PUBG has relied on dramatic map changes to help revitalize its player base. Vikendi, a new winter themed map added in December 2018 helped create a respectable resurgence of players, bringing the average number of steam users back above one million.

The effect of this new remaster is impossible to predict, but the fact there’s already so much buzz around it (over 650 comments and 2.7k upvotes were left on the original reddit post) is a positive sign for PUBG and its players.