Evolving Towards Greatness - A play-in preview

Survivors of the play-ins will be among the fittest.

This Friday and Saturday a play-in tournament will determine the last two season playoff participants. It is a single elimination tournament with a bye provided to teams finishing 7th and 8th in the regular season standings. It is win-or-go-home, qualifying guarantees minimum $200,000 prize money, the other four teams leave Los Angeles empty handed. 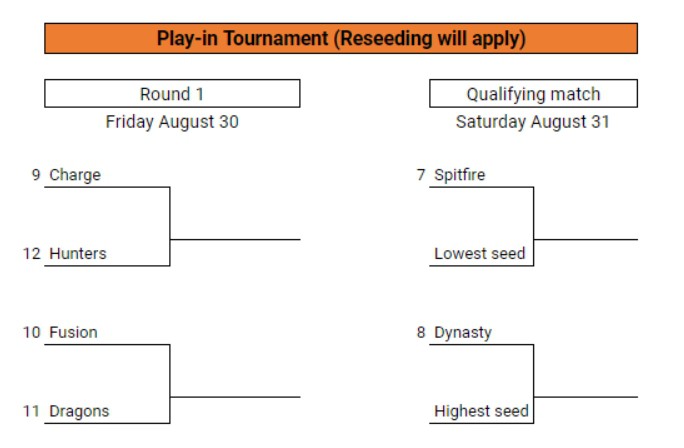 Games are first-to-four and the qualifying matches are reseeded such that the 7th place Spitfire will face the lowest team remaining, and thus is guaranteed to avoid seed 9, the hot-running Charge. With all that said, Eric Doerr provided the below table by running @CaptainPlanetOW‘s Elo ratings through a Monte Carlo simulation of the above bracket. Stage 4 ratings are regressed 70% to the mean to account for a balance patch, much like viewership numbers regressed 70% in Stage 4. The following odds include the percentage chance to advance to the play-offs, chance to advance as the 7th or 8th seed, and chance to play in Saturday’s qualifying matches.

There are good reasons to be cautious with the numbers above as our ecosystem changed drastically and we’re finding ourselves in the shield age with very different ecological niches.

Historically stage & patch transitions have been literal game-changers. Think no further than the Stage 3 title & Elo champion Shanghai. A stage 4 patch nearly caused the extinction of the Dragons, leaving them 1-6 and barely able to secure a top 12 final standing. A meta shift gives hope to the Dragons and other teams that looked lost in stage 4, while it should temper expectations for the Mei/Reaper/Orisa powerhouses Reign, Shock, and Charge.

Another reason for caution is that certain teams locked in their playoff spots early and showed little motivation to bring out their highest level play. Expect New York and Vancouver to come back with renewed vigor in September and, this weekend, London and Philadelphia could shift back into their playoff gear. Especially for NYXL, we have to question if the Lamarckian idea of being able to grow their necks as high as the fruits hang (or indeed to play better when it is required of them), will hold up to the realities of competition.

This weekend’s games will give fans and the stat models a better basis to set championship expectations. What does the food chain look like?

If Happy’s Widowmaker drives this team’s success, fans should be concerned about a meta shift towards barriers. The addition of Sigma and the Symmetra buffs threaten to limit Widow’s potential targets, and we also started to see some Rein Orisa tank comps at the end of stage 4.

If Guangzhou can’t play Happy, perhaps Eileen can bring tidings of Doom. The perceived waste of resources of having a roster with seemingly perma-benched players works wonders in uncertain meta scenarios. Just like mammals which mirror many of their organs and could live with just one of each in the event of an accident or an illness, Overwatch teams build deep benches to build up an immune system to meta attacks or stabbings.

In a hindsight review on strength of schedule, the Charge had the three roughest stage schedules, facing each stage playoff champion twice on their opponent’s peak patch (Charge played Titans twice in stage 1, Shock in stage 2, and Dragons in stage 3). However, retrospectively their stage 4 schedule was cake, and after riding that wave of success, Guangzhou became the crowd favorite to advance. The playoffs won’t offer a soft schedule, so temper your playoff run expectations.

Fans of the Hunters will have to be creationist believers in the power of their head coach RUI. Over the years, we’ve learned that the former Miraculous Youngster stacks aces up his sleeve and is able to reinterpret meta situations, even if they don’t last long, and just like in the stage 3 playoffs they don’t need to for the rest of the season. One could argue that the 2-2-2 role lock took some tools away from RUI’s workbench, and yet with the meta currently as uncertain and lacking serious sophistication, the opportunity is all there.

The Chengdu Hunters narrowly snuck into the playoffs but scrimbux information reveals that they are currently hitting their stride in the new meta. Could the Hunters become the APEX predators and eliminate teams like the Spitfire, NYXL & the Titans? If the meta was to favor Hammond and Doomfist dive compositions, both Jinmu and Ameng would immediately stand out as exceptional talents on those two heroes on a level that should be exceedingly hard to catch up to.

Yet again, the Spitfire have been in a deep summer slumber and barely awoke during the end of the season, costing them their direct playoff qualification. The scariest scenario for the Spitfire would be if indeed the Hunters were to win their first round match against the Charge. In that case, the already proven strong Hunters would face off against London as they are the lowest seed in the competition. The challenge doesn’t end there for the Spitfire, however, as they would enter the stacked part of the bracket with the NYXL, Shock and the Reign as likely playoff opponents.

Just like the Hunters, scrimbux are on their side and if the Spitfire were to make a run for the title, at least with our current understanding of team’s strength, it would require not only strong performances by the British team but also a favorable meta situation. That said, what we’ve come to learn of the Spitfire is that once their jaws have locked into a meta and once the playoffs are on, they transform into a different beast. 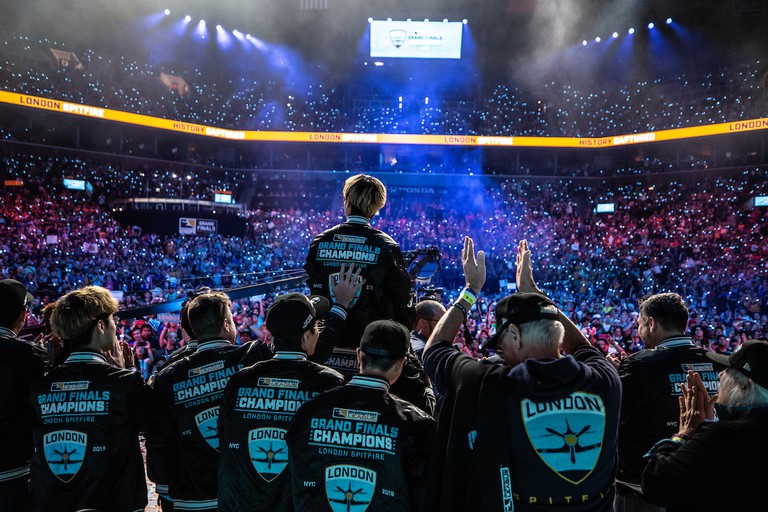 Not much has been heard from the Fusion’s side and we can’t be sure if this should concern us or make us very afraid. At least theoretically and from what we fear to be the playoff meta, it doesn’t exactly fall into the Fusion’s repertoire of strength. Season 1 Fusion was very much a team that was carried by its DPS players as one of the few teams to ever see success with it.

It’s questionable if either Carpe or Eqo can be expected to outperform their DPS counterparts to the level that it would require to get DPS hard carry performances out of them in this projected meta. What the Fusion can hope for is that we wake up on Sunday with the assurance that the playoffs will be played on a mechanically DPS reliant meta around heroes such as Genji, Widowmaker, Ashe or McCree.

However, it doesn’t look to be likely as we find fossils of these heroes of a time bygone before the GOATs trampling and it only serves us right that this season will be further buried by a hero like Symmetra or Mei.

In fairness, one aspect that we shouldn’t underestimate is just that ability to throw playoff curveballs like the Fusion did in season 1.

The Dragons found themselves largely out of their element in stage 4. It's interesting that they fell as far as they did considering their DPS proficiency and yet Diem and Dding didn't find their way into 2-2-2 at all. Now it's especially on Youngjin who looks to be a player that will be pivotal to Shanghai’s success in the upcoming matches and who could rely on him being able to perform either on Sigma or on Doomfist. In other positions, the Dragons too have built up reserves and at least on paper show themselves flexible to all meta eventualities. It stands to reason that a Dragons that makes the playoffs would become a force to be reckoned with.

Survival of the Fittest

This weekend’s winners will be more than their playoff seed implies. Battle-tested, these teams make strong opponents against the division winning Excelsior and Titans, likely more fear-inducing than teams like the Spark, whom have displayed slow adaptations to new metas. In fact, a full playoff simulation finds this weekend’s winners will become season champion 27% of the time, more than an even share of championship odds, and certainly more than is usually expected from the 7th and 8th seed.

Once again, Overwatch, just like mother nature, is a merciless mistress requiring nothing but efforts to adapt and rewarding those who had the meta fall in their lap.