All homestand dates and matches.

The Overwatch League has announced the schedule for its third season in 2020. The regular season will start on February 8th and will conclude on August 9th. The dates of the playoffs were not mentioned. The host of the homestand in week 10 and the location for the mid-season all-star weekend has also yet to be announced. 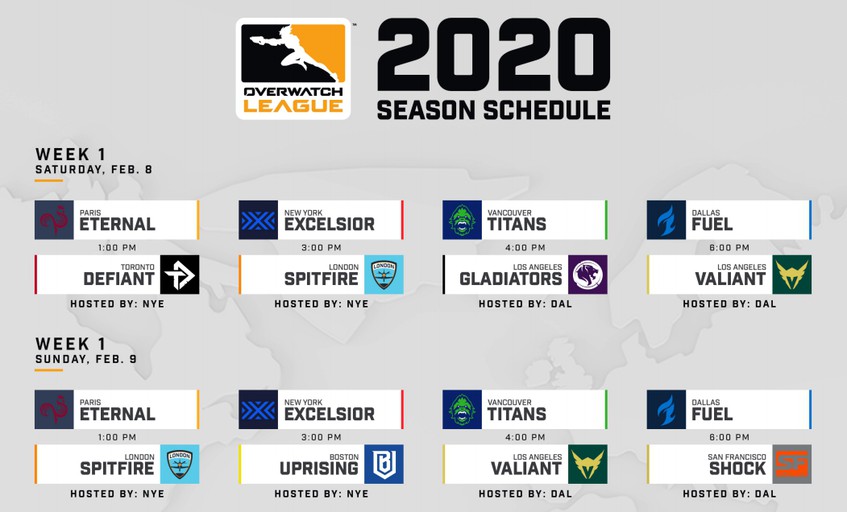 According to the announcement, the league will travel to 20 different cities around the world. Tickets will go on sale on August 28th except in Korea and China, where it will happen at a later date.

The schedule seems to be planned with a consecutive broadcast schedule in mind, meaning that the local starting times have been adjusted to allow for mostly uninterrupted cross-divisional broadcasts with few exceptions. Other pecularities entail long breaks between matches for some teams such as the Houston Outlaws, who won't have a match between March 7th and April 4th.

You can find the full schedule for all teams here.