Will it cost players their careers?

This weekend, dreams may die. After a strenuous season, it’s the end of the line for five Overwatch League teams: The Houston Outlaws, Florida Mayhem, Toronto Defiant, Washington Justice and the Paris Eternal will all have their last matches of the season.

All of them failed to qualify for the season playoffs and as a result, careers are on the line. 28 former OWL players are retired or team-less. 22 more have been demoted to Contenders. Chances are that more will follow, and it’s more likely that they come from the aforementioned teams. Some of those men will walk out to the OWL stage for the last time and never come back. Where could it have gone wrong?

The Outlaws are one of the least changed rosters since the start of the inaugural season. This is likely going to change under new ownership, seeing how they have missed season playoffs twice in a row. The Outlaws are the oldest team in the league by a decent margin and it is unlikely that the entire roster will see contract extensions.

It’s hard to be harsh on a team that was largely left without options and had to make do. If decisions can’t be made for forces outside their control, how can you evaluate leadership?

Outlaws’ last match against the Chengdu Hunter is inconsequential for their season, but could allow the Valiant to have an easy ride into the play-ins. Houstonians are no strangers to close playoff cut offs. Last season, the Dynasty and the Shock couldn’t provide the necessary assistance to help them into the season playoffs. Instead, the Fusion breezed ahead into the finals.

An upset by the Outlaws could be a memorable send-off into retirement for some of their players and could win the hearts of thousands of Valiant fans.

Sacrificing the Bishop for the greater good?

After a 5-2 stage 1 performance in which they admittedly had an easy schedule, the Defiant’s season took a nose-dive. On paper, the line-up did look average at the start of the season, building on an O2 core with three season 1 veterans. The farther up the hierarchy you go, the more responsibility must be taken for an underperformance and the organization cut off head coach Beom-joon "Bishop" Lee. Already having gone through a roster rebuild and looking at the moves they made in the market, it seems evident that the Defiant had some of the least resources to compete with. What goes around comes around in the Overwatch League and team spending arguably has a solid correlation with success, barring notable outliers.

The team started the season with a self-proclaimed “moneyball” approach, relying in part on Dennis “Barroi” Matz’s statistical analysis to scout talent. Whether it was that those scouting efforts misfired or if the coaching staff was not able to convert on the talent and develop it over the season is hard to say. Specifically, Gyeong-mu "Yakpung" Jo turned out to be a complete dud. Later recruitments from their Contenders team seemed to depart from the statistical approach.

The future of the roster seems completely up in the air and the team had two players retire on them already (with Do-hyung "Stellar" Lee unretiring later in the season). More retirements aren’t entirely out of the question but less likely because of the late recruitment from their Contenders team. Much of it will be on the new head coach's philosophy. Fans are still well-advised to appreciate the game against the Mayhem as a potential goodbye, even though it’s unlikely to change any career paths. 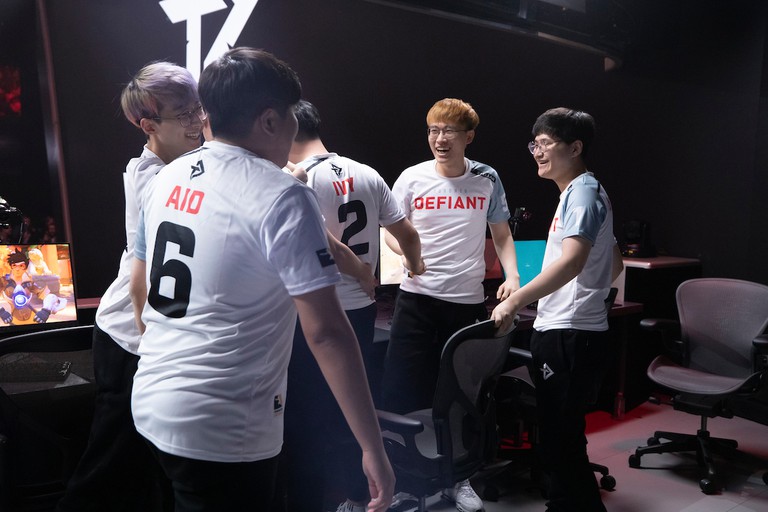 The Mayhem are arguably the least successful team in Overwatch League history, worse yet in a league that had the Shanghai Dragons of season 1. The team has removed the vast majority of their first season parts and has sunk a handful of playing careers in the process. Season 2 Mayhem no longer had the excuse of resource limitations like they did in the inaugural season.

I found the initial workings of the Mayhem to be promising. Their academy team seemed to be well put together and they had at least attempted to get Jung-woo "Sayaplayer" Ha out of roster jail by upgrading their fire power. Infrastructurally they were making progress and were even ahead in some regards.

The common denominator in both seasons is upper management who seems to lack decisiveness and perhaps are stretched too thin between two franchise leagues.

No team has been more fickle in their vision, has scouted as many promising talents and then let them go for a penny, has allowed for more scapegoating of their staff that never held real power in the first place. Players were at the mercy of a blurry and confused vision, at times turning 180° on decisions from the stance on a full Korean roster down to their team colors.

To be perfectly frank, it’s impossible to say who is at fault when most actors seem preoccupied with shifting out of responsibility, yet the Mayhem need nothing more. Scott "BEARHANDS" Tester should be able to take ownership of Mayhem's performances next season, having been the architect of it now from the get-go.

Players suffer the most because their career paths are the least likely to transition into another in the industry, especially those too unsuccessful to gather a following. Caleb "McGravy" McGarvey was fortunate enough to find a new home in the Valiant. It looks less likely for Kevyn "TviQ" Lindström and Damon "Apply" Conti.

The new players are likely to be safe and seem to be decent recruitments but further retirements from the current roster are still likely . Cheer them on against the Defiant! 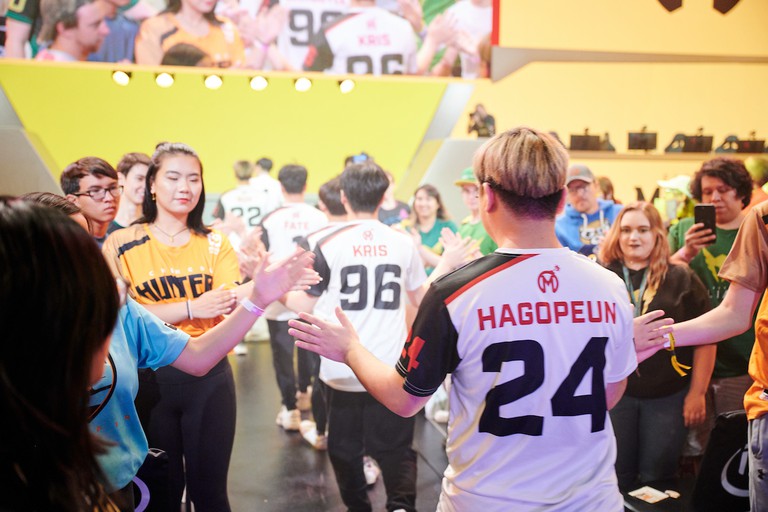 Mystique is enticing if it delivers magic. Hyeong-seok "WizardHyeong" Kim and his roster haven't delivered anything of the sort until the very end of the season. Their rapid improvement is not down to strong strategic understanding of the meta but outstanding DPS player performances and a meta that allowed their most glaring issues in the tank like to be brushed under the rug.

Recent attempts at excuses for their underperformance in saying that they didn’t expect GOATs meta to last as long as it did don’t add up to the realities that all opposing teams found themselves under. Teams with similar resources planned for more scenarios and are doing significantly better in the rankings.

The fact of the matter is that a very well-paid coaching staff and a well-paid roster was not able to be competitive in three-fourths of the season and this should have consequences. What is the correct verdict here?

The Justice have shown their commitment to the Overwatch League in being one of the teams to host five Homestand events and investing a decent amount of resources into their roster and making moves in recruiting Elliot "ELLIVOTE" Vaneryd, Lukas "LullSiSH" Wiklund, Yeonjoon "ArK" Hong and Nikola "sleepy" Andrews. The drive from its owners to be a guiding force in the Overwatch League has been made apparent.

Furthermore, the organization has made changes to the upper management, bringing in Aaron "PRE" Heckman after Kate Mitchell’s departure. The organization also recently signed Analynn “Bawlynn” Dang as their first General Manager.

Against the Paris Eternal, the Justice should be able to finish out the season of a high note of a 6-1 stage record that should hopefully not sugarcoat their failings and allow for clear-headed conclusions. 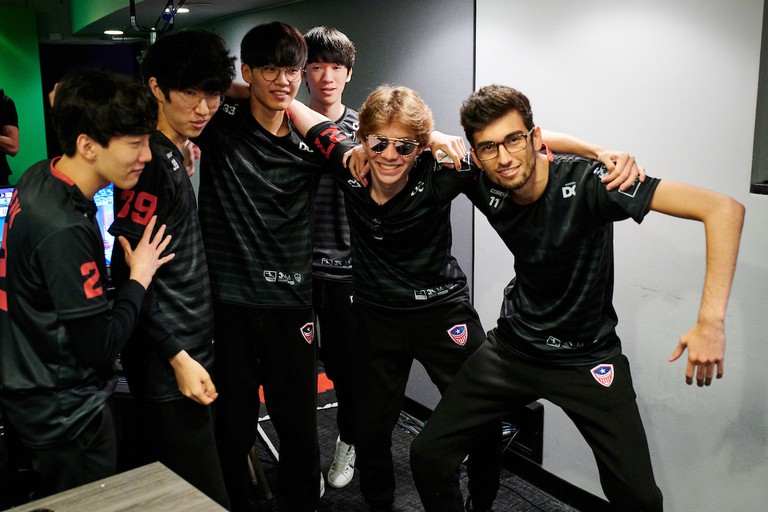 The Paris Eternal seemed to be built with one premise in mind: To build a European team for European audiences. On paper, the approach seemed to hit an important niche and could’ve also capitalized on the strength of one of the notoriously underappreciated Contenders regions. Yet the Eternal were unable to form a cohesive unit and arguably underdelivered in relation to the strengths of their parts.

Their roster approach and quiet social media presence as well as well-timed glimmers of hope in their performance have allowed the Paris Eternal to fly under the radar of capricious public criticism. The French organization were only ever caught in the crossfire of European fanbases against the world, measuring up the size of each other’s GOATs prowess without ever having actively partaken in the discussion. Even the departure of their young head coach Julien "daemoN" Ducros to the Dallas Fuel went over relatively smoothly.

Employing a mystical creature in Joni "Seita" Paavola themselves, his magical powers at least never tangibly made it to the server for us to enjoy. Whether or not this was because of his inability to be physically present with the team is hard to evaluate. Similar arrangements like Valiant's interim head coach Mike "Packing10" Szklanny seemed to still work wonders.

Perhaps the biggest failing of the Eternal this season was to not pick up the real hidden gems in the European Contenders region and letting outstanding European talent slip to other international squads while also being unable to attract star player potential from established Overwatch franchises outside of Terence “SoOn” Tarlier. This could of course also be a natural consequence of their limited roster budget. Still, a European super team would likely look very different and would see a handful of players depart from the roster.

Victories against the Washington Justice and Shanghai Dragons would allow the team to finish the season with their first above 0.500 stage. Moreover, a win against the Dragons could put the stage 3 champion’s play-in chances at a serious risk and could be the needed assist for the Valiant and the Hunters.