Overwatch players dream of their own MVP skins

When JJoNak visited the Blizzard campus this past stage, he was presented with a beautiful tribute - the first Overwatch skin designed in honor of his incredible MVP performance in the inaugural season. The octopus-themed skin delighted the support star and the rest of the New York Excelsior, even becoming a motivation for JJoNak’s teammate Saebyeolbe.

The current MVP race has been finalized to five candidates: Super, Sinatraa, Twilight, Jjanu, and Guxue, and players from across the league are imagining what their own MVP skin might look like for when their time comes. But the San Francisco Shock’s MVP-eligible main tank Super is playing coy. “I couldn’t tell you what it would be, I have to think about it! But, I’d probably pick a Reinhardt skin.”

His teammate Viol2t, has taken some inspiration from Jjonak’s design, adding a refined and elegant twist. “It would have to be a Zenyatta skin, like JJoNak’s. But I would make it be violet colored and have roses, too.”

Vancouver’s DPS player Haksal is not even considering designing a skin based off of his 3 stage stint on Brigitte. “If I could have a skin, it would be for Genji, of course! I would want a Genji skin designed where it looks like he’s in high school."

The LA Valiant’s Agilities shares a similar sentiment, choosing to design a skin for Genji. Taking out his phone, he shares a fan’s artwork. “I definitely want it to be a Genji skin, I had a great fanart made of me as Genji, it’s actually my phone background. It’s Genji, but with a bandana and a cape, it would be really cool.” 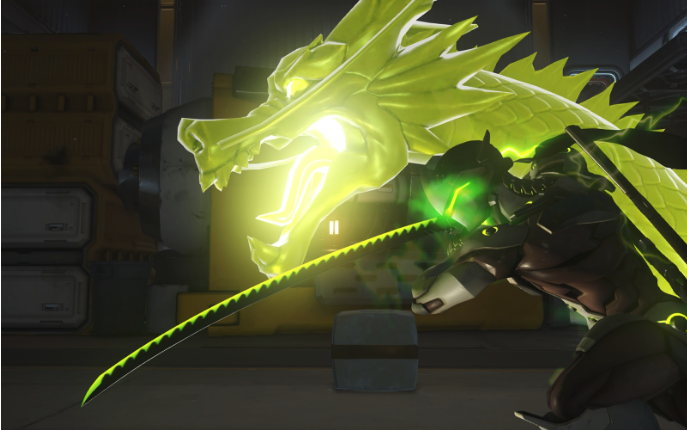 While many have an immediate response, Boink, the Houston Outlaws’ main support, is initially conflicted. “It’s tough, because I can’t use other brands, like I would want Spiderman, but Blizzard would be like, “I’m not buying Spiderman rights to give you a skin!” [laughs]. You can’t have that.” He ultimately decides to pay tribute to his hometown heroes. “I would get a skin on Lucio, they already have ice skater hockey Lucio. Maybe I could do a Chicago Blackhawks skin, change the hockey skin up!”

Bischu, flex tank for the Guangzhou Charge, thinks through the meaning of having a skin designed in his honor. “I’m not sure if I have enough creativity to get this going; a flex tank getting MVP seems pretty hard! But it would have to be a D.va skin, glasses are required [laughs]. I think it would be cool if there was a cyberpunk feel to it.”

DPS specialists are not only excited to play their favorite heroes again, but to imagine their tribute skins, with the Shanghai Dragons’ Diem leaning into Widowmaker’s more stealthy and lethal side. “I would like a ninja themed Widowmaker skin with a hood over her head.”

The Outlaws’ own Widowmaker specialist LiNkzr has a very different direction he’d like to take the cold-blooded killer. “I really like Pusheens, these really cute cats, so I was thinking of a Widow cat skin. It fits her theme, silent, predatory a bit. And then she could have cute cat ears and little whiskers [laughs]!”

The ideas for new skins are seemingly endless, as is the Overwatch team’s creativity. At the end of this season, one player will be decided by the fans, media, casters, and analysts as the 2019 season’s MVP. As the league approaches the end of the season, fans can dream of their favorite candidate’s dedicated skin, where their work, quality of play, and inspiration will be remembered and celebrated for years to come.