The good, the bad, and the memey.

The Overwatch League schedule is a bit of a mess. Some teams will have to play top rankers multiple times a stage and others play the Mayhem or the Justice twice. Go figure.

Power rankings try to put a bandaid on the power level limbo. They answer the question: “If every team played a large number of games against every other team in the league, where would they land on the leaderboard right now?” Moreover, these specific power rankings aim to poke some light-hearted fun as we go down the table. In a magical race to the bottom, we try to maintain our sanity that the thieves at the end of it may have stolen. How blessed we are that we got to see all those at the Atlanta Homestand.

The Titan’s immaculate season got its first stain this stage. They came into stage 3 with an outdated read on the meta and I’d argue the loss against the Valiant wasn’t too big of a surprise. However, it allowed them to play with the formula. With Chung-hee "Stitch" Lee back as a starter, the Titans tightened their grip on Sombra GOATS and once again look like the team to beat.

The Spark have improved leaps and bounds since their disappointing season start and are slowly living up to the potential experts had previously ascribed to them. They reliably beat mid-tier teams and get important victories against the Valiant and the Dynasty which separates them from the rest of the pack. They’re closer to the NYXL than to the Titans, however.

While NYXL has beat everything that the schedule put in front of them, the quality of their opposition was questionable. That in itself wouldn’t put them in only third place but taking a more detailed look at the games and their respective performances reveals glaring weaknesses. Even though they won against Fuel, Jong-ryeol "Saebyeolbe" Park and Dong-gyu "Mano" Kim possibly had some of the worst performances of their careers. On the flipside, their game against Spitfire showed an unexpectedly high level of play and inspired renewed hope in them as a top-performing team.

Considering that this team is blemished by the cursed mark of the Dragon from stage 1, the turn-around this team has had is unheard of. Their consistent rise in performance, as well as their adaptability, has been exemplary. They showed that they can learn from mistakes as they did by beating Shanghai the second time around and they impressively displayed that they have what it takes to beat top-level teams in delivering the first regular-season loss to the Titans. They’re hungry and they will go all out on the stage playoffs too even though it’s arguably a reckless decision over practicing for stage 4.

The community has cited a lack of hunger as the reason that the Shock didn’t start well into stage 3 and has missed the train on the meta adaptation by not applying themselves enough. Bunch of internet psychics.

I don’t think that’s fair analysis and I’d argue that their understanding of the meta didn’t align with their roster strength. Sure, more DPS and Sombra is entirely covered by the talent pool of this star-studded roster. Yet there are issues in understanding how to play into Sombra and an even more grave weakness: Minki "Viol2t" Park hasn’t shown he can play a top tier Ana. Covering this weakness with playing Rascal on Baptiste seemingly hasn’t plugged all the holes yet.

On paper, the Dynasty had a solid stage with expected performances for the level that most experts put them at. They lost to the Shock and the Spark but didn’t slip against the lower-ranked teams. With their current roster strategy, evaluating their performance based on the eye-test is especially hard because you essentially have to aggregate two different teams into one while also taking wild mixes into account. Clearly, their coaching has reached a level of sophistication that we can’t analyse by ordinary methods (read: they have really expensive dice).

The loss against the Charge weighs heavily on the Dragons’ ranking. Twice now have they lost against a team that they beat earlier in stage 3 and one has to wonder if their weaknesses are too predictable or if they are just inconsistent in their performances and they never really trounce their opponents either. Solid wins against Philly and Gladiators put them above the average.

*GONG* Five times the mark of the cursed Dragon has been applied to teams this season and with each 0-7 stage the Dragon grows more powerful.

Before week three, everyone was ready to put them into the top 5 but losing against the Mayhem is a cardinal sin in these power ranking lands. Power ranking priests of the Church of Montecristo in the diocese of Always-Right spread the prophet’s word. “Their path to play-ins follows the double-way-structure of an Artusroman!” the messianic figure had reportedly announced. “The heroes have to move out and work their way out of misery to attain “êre”(honor). After getting into a position of respect, they fall once more and have to work once more through a meaningful “aventiure”(adventure) to earn now everlasting hono,” the proclamation continued. Cristo himself was quick to add “But holy shit, what a fall from grace losing to the Mayhem was. Way to make it hard on yourself.” 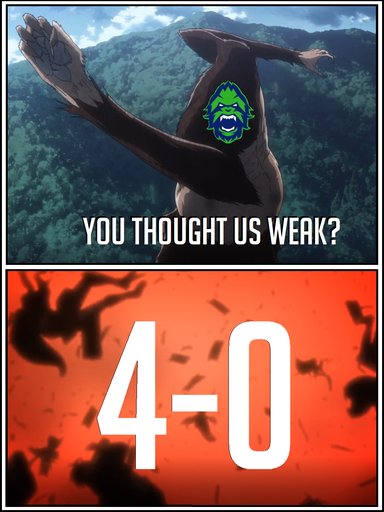 “You told my son 4-3 would a passing grade. I’m not paying 20-60 million dollars in student loans for this. Come Nero, we’ll find a better stage than this trash pile.”

Schroedinger’s power ranker: We don’t know how good you are until we observe you play against the Fusion. If you win against them you are a good team. If not...uff.

Your cat is always dead after watching their games though.

“Man suffers only because he takes seriously what the gods made for fun.” 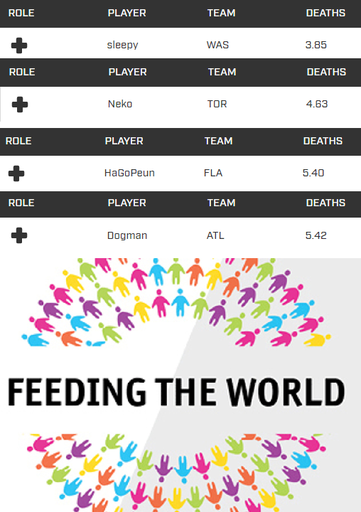 Image via Feeding the World Conference 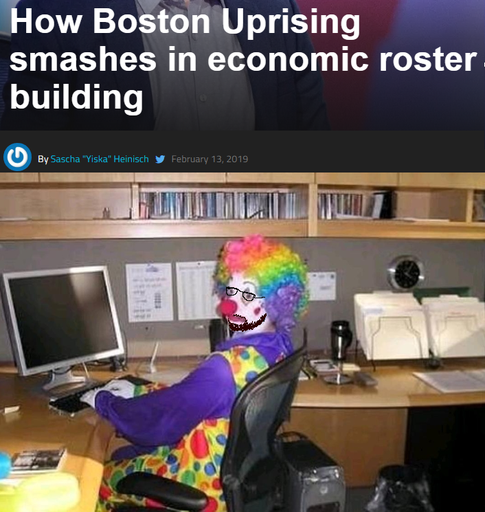 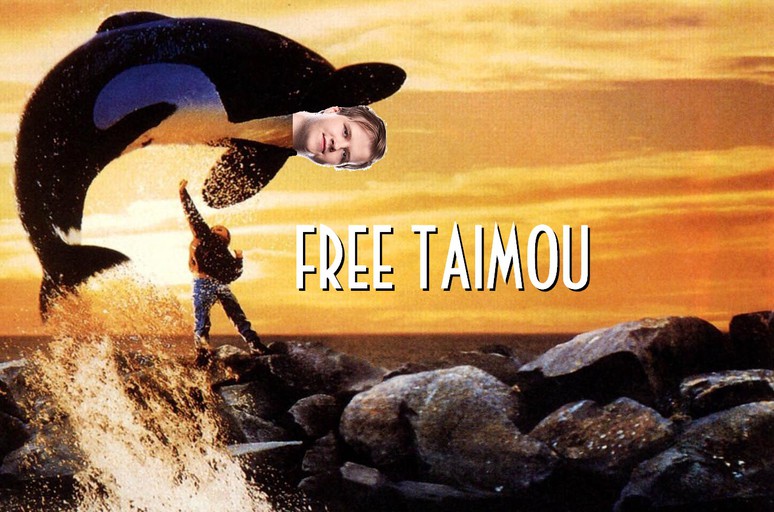 How long do we need to wait for Mayhem’s new roster to click when their former players Johannes "Shax" Nielsen and Russell "FCTFCTN" Campbell are 5-2 in the first stage they are playing for the Valiant as starters?

Let me check. Yeah, still feels like you're losing those games to me.

European contenders is in bad shape. With limited economic opportunities and a bleak outlook on the future, European talent has tried to seek asylum in North America. Experts have started calling it the European refugee crisis. Ever since the region’s Atlantic meltdown, players have been trying to cross the pond with limited success. Reports have surfaced that much of their misery stems from a grave misunderstanding. “They’ve been trying to get across the Atlantic on GOATS, not boats. An unfortunate yet easy to make mistake.” a humanitarian stated.

The Toronto Defiant have agreed to take in additional refugees and have started to build additional housing in Montreal. The team has committed to integrating and educating the Europeans, but the process is slow. Insiders have criticized the Eternal for not taking more Scandinavian and Benelux refugees in.

“The hospitality of the Canadian people has been they outstanding.” a young Belgian DPS player stated, continuing that “They greeted us with an 0-7 salute at the border and I was thanked for making the journey over and over again!”