Coach Hayes on OW World Cup: "This BlizzCon will definitely be a step up"

Plus more on the differences between coaching the Fusion and Team UK.

While the Philadelphia Fusion may have lost to the Shanghai Dragons 3-1 at the Atlanta Homestand, western head coach Elliot “Hayes” Hayes still has plenty of work to do before Stage 4.

The Fusion’s co-head coach was once again named the United Kingdom’s Overwatch World Cup Head Coach after leading them to a 4th place finish. After upsetting the United States in the Quarterfinals, Hayes’ expectations are aimed just as high for this year’s tournament.

In this interview, Hayes spoke with Upcomer about his 2018 BlizzCon experience, the challenges of coaching a national team, and advice for prospective coaches.

Congratulations on being named the UK’s Head Coach once again! What was your reaction when you found out the news?

I’m extremely proud to be nominated again. It feels really good that so many people appreciate and want me to be the coach of the team, so I was over the moon. It’s always a good opportunity to work with the UK boys again. We have so much fun together.

The United Kingdom not only defeated the US last year, but also had one of the closest matches against Team South Korea. What allowed Team UK to surprise many viewers last year?

I think a lot of people underestimated Team UK because we didn't have a lot of Overwatch League players⁠—we had more Contenders players. And I think people didn’t really expect us to do well at all, but we just worked on our teamplay and were playing GOATS at the time. And a lot of teams weren’t playing GOATS, so we had that edge over people, a head start.

We knew that with the GOATS matchup, we could force other teams to try to play to our GOATS level. Because obviously, if we were playing GOATS, the other team couldn’t play many comps other than GOATS. So we forced them into playing our matchup, which was good for us.

What is the greatest challenge of creating a roster for the World Cup, especially when it is difficult to predict what the meta will be?

We have a twelve-man roster. Luckily we have the wiggle room to choose between good GOATS players and make sure, just in case it might be DPS in the future, that we have good DPS players.

Do you plan on doing anything differently this year, now that you have a BlizzCon experience under your belt?

I think last year we were slightly under-prepared. We had a few guys who were not fully comfortable on stage. I think coming into this year they’re going to have more experience, and will feel way more comfortable, which is good. Just honestly the experience from last year will be really valuable for me and the players. This BlizzCon will definitely be a step up from the last one.

Although you are an extremely successful and experienced coach, is there added pressure or nerves when you work with the national team?

Yeah, I would definitely say so. You’re obviously representing your country, so there’s a lot more people behind you, and you don’t want to let them down. I would say because we did quite well last year, there’s maybe some slight added pressure on us this year. But it doesn’t bother me too much. We’re still going to make sure we work hard and prove that the UK has some great players.

What are a player’s most important characteristics for you when creating a roster?

Personally, I value players who are more team-oriented. And what I mean by that is that they’re going to choose a decision that is going to benefit the team rather than themselves—any decision. You need good communication as a player.

We Brits—we’re quite loud—so that’s not really an issue, finding players who communicate well. You need to be talented, and then flexible. For example, we want to have some flexible DPS players.

There’s a lot of different factors that go into a good player, like how intelligent they are with the game, as well. Some players have a knack for the game. They understand the game on a higher level than others. Finding those players and slotting them in the team can also help your overall macro play and how you make decisions as a team. 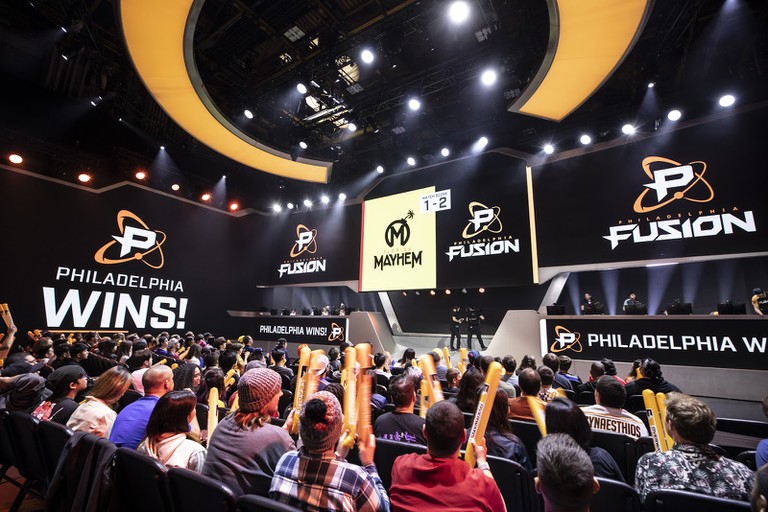 You are the co-head coach of the Fusion, one of the most diverse teams in the league. How do you adapt your coaching between the Fusion and the national team?

I would definitely say my coaching style changes going from Fusion to Team UK. I actually really enjoy switching between the two. It’s like a nice breath of fresh air. I would say with Team UK, it’s much more of a relaxed and sort of friendly kind of environment. We have a lot of fun together and try a lot of new things. We get along really well.

Even now, everyone’s in LA, and us UK boys still hang out a lot and spend time together. We’re really good friends. Not that it’s not friendly in Fusion, but obviously these guys are good friends of mine. I definitely enjoy coaching both.

As a coach, does this year’s World Cup week long format impact you?

Yeah, we’re missing a lot of information on some teams. We don’t know what they’ll be playing, so we’re definitely going to have to anticipate what teams might be doing and try to get a read of it. But I wouldn’t say it changes my coaching style too much. It will just impact the way we prepare for our games.

Overwatch has now released a replay client for both Overwatch League games as well as any others on the client. Do you see this tool impacting the way you coach and prepare?

Definitely. We have an incredible amount of information available to us now that we didn’t have before. We can look at individual POVs and see how a player—for example, Sombra players have certain tendencies, so we can look and see which routes this Sombra takes, how do they like to use their EMP. We can take so much information from it, so it’s a valuable tool for me as a coach.

What are important ways for prospective coaches to improve? Are there any exercises or resources you’d recommend?

Like I mentioned, the replay viewer is a very good, the best tool right now for improving and looking at why teams are doing certain things. Watch through the replay viewer, and keep asking yourself, “why is this team doing this? How does it benefit them?”

I think that’s the best way to improve your game knowledge as a coach. Sit down with another coach, look through footage and talk about it. It’s always good to have a second opinion and talk with someone. You learn a lot that way.