Game modes were all community-created.

On Tuesday, the Twitch Rivals: Overwatch Workshop event took place as fierce competition ensued between some of the biggest North American streamers of the Overwatch community. Cast by Overwatch League rascals Josh "Sideshow" Wilkinson and Brennon "Bren" Hook, well-known personalities like xQc, karQ, Fran and Aspen competed against each other in several Workshop maps that were sent in and voted upon by the community.

Game modes ranged from Team Deathmatch to “Play as 2 heroes” and “Gun Game,” and were either 6v6 or free for all competitions. Each map, streamers earned money for themselves or their team to compete on the leaderboard. 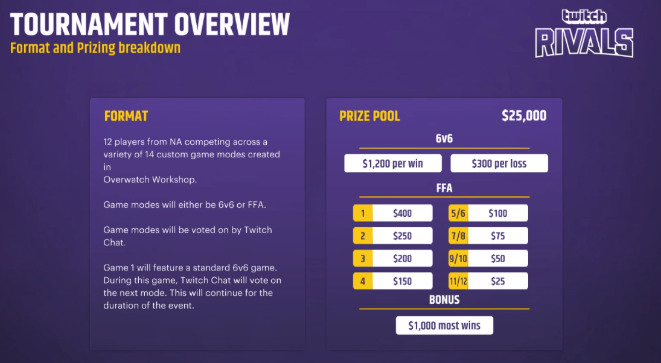 At the end of the competition, streamer Wanted led the field after a surprising comeback in the last map “Steal the Crown” as he unexpectedly pushed gale_adelade off his first place position. Wanted got to take home $3800 while runner ups gale_adelade and emongg earned $2800 and $2775 respectively. xQc finished in the middle of the pack at $1995. 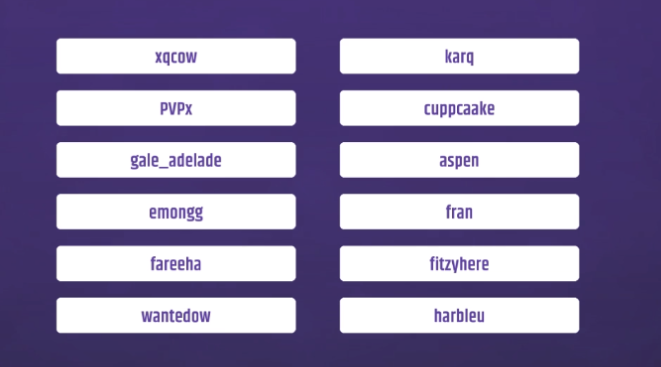 The Workshop is Blizzard’s take on modding support for Overwatch, handing creators a sizeable amount of tools to toy around and create new game modes with. They are playable in the normal version of the game by simply adding the respective Workshop codes.

The played maps and their codes were as follows:

If you don’t want to play yourself and simply enjoy the action, you can find the VOD over at Twitch.