Rekkles: “People complain about my champ pool, so it feels good to show off other picks"

Martin “Rekkles” Larsson has been in the League of Legends scene for a long time, and had plenty of historic moments.

He’s played in five LEC grand finals and won four. Last year he played on the game’s biggest stage in the deciding match of the World Championship. Now he has another piece of history under his belt.

This weekend, Rekkles became the first professional player to win a top-level game of League with Garen. He finished 4/3/8.

“We practiced Garen and Yuumi bot for like a month, but it was last month so it wasn’t something that we necessarily just had ready to go,” said Rekkles of Fnatic’s wild pick against Team Vitality in the closing game of Week 8.

“The opportunity presented itself, however, and we kind of knew how to execute it," he said. "We knew the early game would be rough because I hadn’t practiced that match up, but we knew if we could get through to mid-game then we could execute the Yuumi game play.”

That was exactly what Fnatic did. After Rekkles struggled through a particularly sordid laning phase that left him 0/3/0 just 12 minutes into the game, the strategy⁠—described by caster Christy “Ender” Frierson as “a car driving around a machine gun” - rolled into high gear.

According to Fnatic’s veteran bot laner, it was a relief to bring out yet another wild AD carry pick in the summer. He’s already played five games of Karma this split, and once at Rift Rivals, and now Garen has been added to the Swede’s wheelhouse.

“People have complained about my champion pool for a long time, so it feels good to show off champions that other people don’t play so that meme can die,” he said. “We also knew this could be a good strategy to maximize Yuumi because AD carries aren’t really a good mount for her⁠—she wants to deal damage and not get killed. AD carries get targeted, so it's nice to have something like Garen for her because he just doesn’t die." 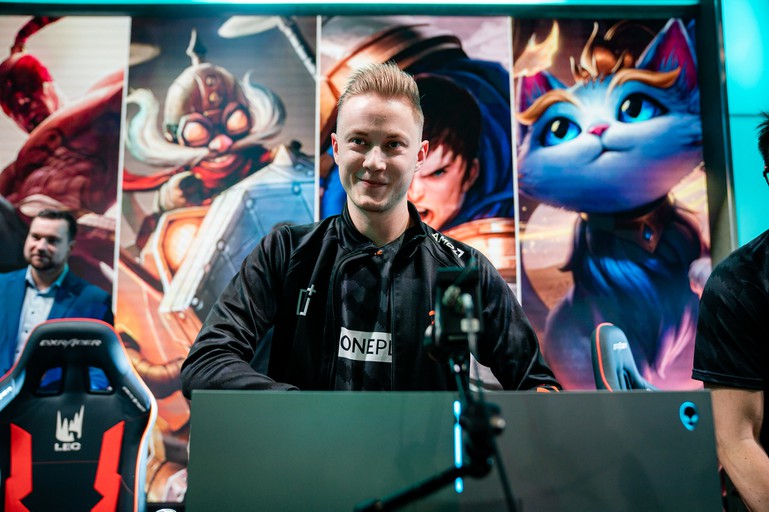 As well as the breakout Garen-Yuumi combo, Rekkles said he wants to find more things that ‘break the meta.’ Fnatic’s marksman was once renowned for his bot lane Kennen pick, and now is picking up steam as a Karma star.

Outside of the champion pool meme he’s subjected to regularly, Rekkles revealed he’s “worried” about how versatile first-placed G2 Esports can be. When compared to Fnatic’s more rigid style, his concern grows even more.

“For our team, we kind of need our champions, and we have a specific way for it to work," Rekkles said. "That might be the downfall for us in the end. It bothers me because I would like my team to be able to play like G2 where they can just draft anything.

"The strength of the draft is all that matters. At Worlds [in Korea] we were so focused on playing around mid that when we came up against Rookie [Invictus Gaming’s Song 'Rookie' Eui-jin] we just didn’t know what to do.”

The failure of Fnatic at Munhak Stadium at the 2018 Worlds final clearly still weighs heavily on Rekkles’ mind. While clearing the memes around him are one reason he’s exploring new picks, another is the way Fnatic lost on stage against new world champions IG.

“It felt like the best way to win that final was to play through me because of how IG play, but no one else wanted to take that step of playing a tank champion or a supportive champion⁠—whatever it takes to win," the four-time European champion said. "I didn’t see that at all.”

Unfortunately, according to Rekkles, fixing the problem is easier said then done. However, he said the team is searching for a compromise so they don't lose immediately during the drafting phase.

“I want to be better than that," he said. "That was our downfall last year [in Korea] and in Spring. We’re here in that position again, and I’m scared we’re going to go into a game and they’ll have figured us out and beat us because of our pools, even though we’re the better team.” 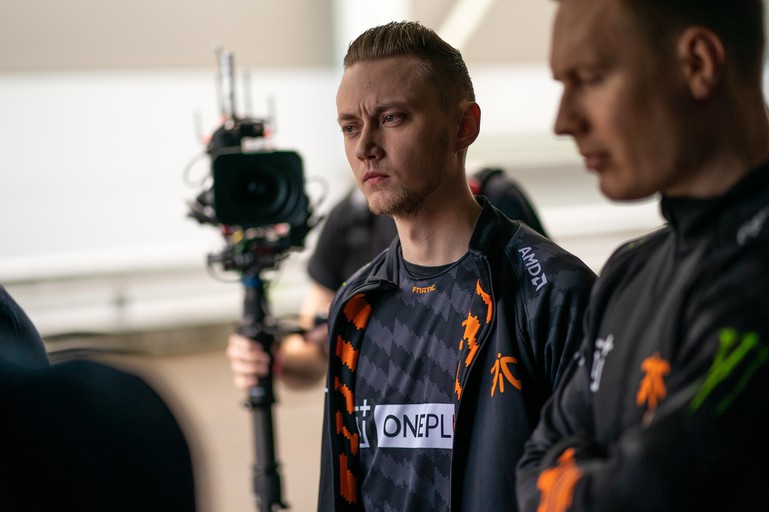 Rekkles isn’t the first to hold this sentiment either. Since G2 Esports shocked the world with a 3-0 victory over Team Liquid during the Mid-Season Invitational, all eyes have been on the strength of Europe. Most of all, every team in the region feels like they’re playing catch up.

“Everyone thinks G2 are so much better than the other teams, and so they have to figure out how to play the game differently to beat them and get to a new level,” Rekkles said. "Europe, right now, is trying to play the game in a different way to match G2. We definitely are. We don’t want to get second⁠—we want to win. To do that you have to do things in unusual ways and beat G2. It’s the same for teams all the way down the ladder.

At the same time, Rekkles said teams don't want to simply copy G2. But when everything seems so easy for them, players get concerned about searching for different answers.

“Every team wants to win the split, and so they’re stressing on that gap," he said. "When the leaders look so good together that everyone feels they’re not even close, you realize you have to do something strange or you just won’t win the split.”

And so, Rekkles made history with Garen’s first professional win at the LEC Studio in Berlin on Saturday evening. Already Fnatic has shown they can change their meta slightly to match G2’s wild style. Now they have to prove they can do it better than ever before.

But first, Fnatic must face Splyce.

Both teams are tied on 12-4 records and are still neck-and-neck in the Battle for the Bye. The winner may secure a ticket straight to the grand stage at Athens. The loser faces a much tougher road.

Rekkles is confident Fnatic will have the edge in the LEC’s final week.

“This is something we always have in Fnatic, this pressure to perform,” he said. "We have this daily. For Splyce maybe it’s different, they’re usually fifth or sixth and this time they’re facing the pressure at the top. Everything is on them. For us, it’s just another split.”