Finn on Rogue’s bid for playoffs: "We’re still trying to figure out how we want to play"

Rogue's top laner is planning on playing Kled as much as he can.

Europe’s youth development factory has long been a fabled part of the mainland’s wheelhouse. Across the board, European talent from the EUW server seems endless, from first-season heroes like Paul “sOAZ” Boyer, to explosive stars like Rasmus “Caps” Winther.

More recently, young talents like Marek “Humanoid” Brázda and Tim “Nemesis” Lipovšek have already left their mark on the LEC. Now it looks like Rogue are set to give another future star time on the biggest stage.

Finn “Finn” Wiestål returned to the European Championship last weekend, and was let off the leash with back-to-back Kled picks against SK Gaming and Splyce. It’s the first time we’ve been treated his favorite champion in the LEC, and it didn’t disappoint.

Unfortunately for Rogue, Finn’s signature pick couldn’t get the job done for a 2-0 weekend.

They may have defeated SK in a tight 40-minute battle on Friday, but Splyce held advantage on Saturday with a 16-10 victory over the seventh-placed team.

The 1-1 weekend leaves Rogue in a limbo position in Summer.

There’s certainly an improvement for the team, that’s for sure. This is an organisation that finished with just two wins in their first eighteen games in the European Championship. It’s difficult not be much worse than that.

With a 5-9 record so far, it’s not like the young roster has improved on Spring’s woes by any major margin. Where the org can find positives, however, is that these five wins in fourteen so far have come at the same time as blooding young European talent.

Now Rogue are experimenting with even more young blood on stage.

“I played on the weekend because we wanted to try new strategies, both Profit and I have been playing with the team behind the scenes and we bring very different playstyles to the roster when we play,” said the young top laner.

“When you can change a team with the playstyles of your top laners, you want to take time to experiment with that. We are looking to get into playoffs, and if we can have different options in those games then that will be important.” 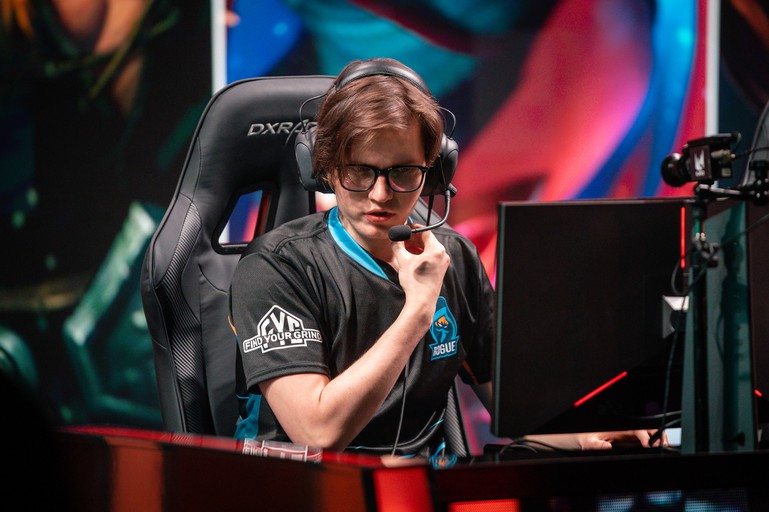 Considering Rogue’s season balances on a knife’s edge right now, Finn knows the team has put a lot of faith in him. Origen sits just a win ahead in a playoff position, while the three-way tie of Excel Esports, Misfits Gaming, and SK lie in wait on 4-10 below.

“We need to win every game that we can, so I’m really grateful that we got this victory,” Finn said after the 40-minute win over SK Gaming.

“The team has been getting better every week. We have some slump weeks like back in Week 6, but I still think every player is improving a lot and we’re learning every week.

“I have been working with the team a lot this split, and we’re still trying to figure out how we want to play the game. I think you’ll see a big improvement soon.”

That’s an idea that rookie jungler Kacper “Inspired” Słoma shares with his top laner. Rogue are far from the ‘finished package’ the former Ultraliga champion said, but they know what they need to do to change it.

“Sometimes it takes us too long to find the right tools to adapt to strategies,” said Inspired in an LEC post-match interview.

“It’s fine though, we think it’s mainly because of nerves because we’re playing teams we haven’t played before. We’re getting over it.” 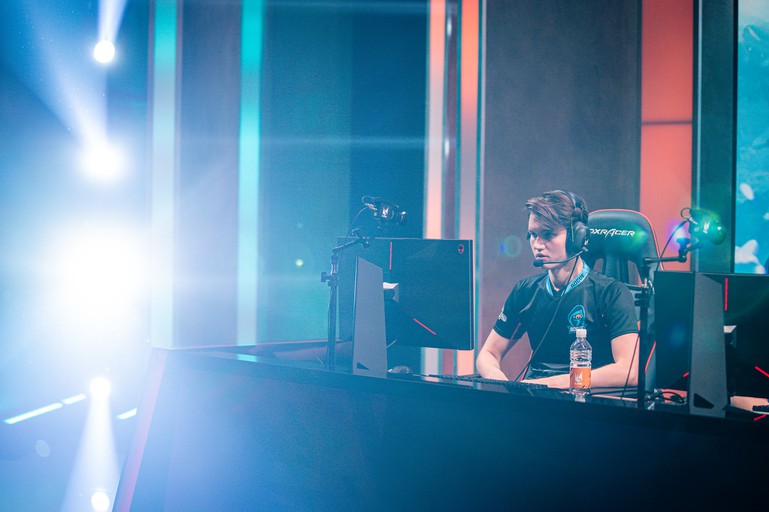 Whether or not the improvements mean Finn retains his place on stage, the young solo star is well on his way to fulfilling a destiny Rogue laid out before him after Spring.

For Finn, the chance to lock down a starting LEC place is there for the taking. He just has to prove he’s a better choice than Korean import solo laner Kim “Profit” Jun-hyung. Do that, and the Rogue starting place is his.

“We are confident that with him being in Berlin full time, he can unlock his full potential. It will continue to be an interesting weekly competition between him and Profit to see who earns the right to start in the LEC.”

Whether Finn has truly overshadowed Profit remains to be seen. Two games in Summer and half a dozen earlier in Spring don’t exactly show enough of a player to make a call on his talent or level. From what we have seen, however, the potential is there.

Now there’s just one thing left to prove - can Finn make an impact in the LEC in Summer on something other than his preferred Cantankerous Cavalier?

If he can do that, and play closer to the meta, we may be seeing Finn in Europe’s top level for many splits, and years to come. He just has a few things to iron out first.

Rogue next faces league leaders G2 Esports on Friday evening, before they back up their Week 8 fixtures with a high-stakes clash against FC Schalke 04 on Saturday.