Crownshot believes only a strong identity can save SK's split

Also says his team must claim responsibility for their woeful record.

It’s often the case that teams struggling to find results come out with statements like, “We’re not at panic stations yet,” or “These are the losses we have to have.”

This is not one of those moments for SK Gaming, who just dropped to last place in the LEC off the back of a 0-8 record in the past month.

The squad may have earned a much-needed victory over Misfits Gaming last weekend to snap the slide, but the damage had already been done. SK may have already seen themselves punt away their summer campaign in just four weeks.

Juš “Crownshot” Marušič has taken full responsibility for his results. In his eyes, their season might already be over.

“We’ve stagnated quite a bit," Crownshot said after the team lost to Origen in the middle of their seven-game losing streak.

"We’re not at the same level that we were before. On top of that, all the other teams have improved quite a lot going into Summer. The macro has gotten better, and we’re just not up to par right now I guess.”

The Slovenian star said the team has been playing scared since returning for the second split of the year. This stands in stark contrast to the way the team, including rookie of the split Oskar “Selfmade” Boderek, once played at breakneck speed.

“We were much more active in Spring, and we’ve been struggling with not being as proactive in Summer, especially the last few weeks,” the Slovenian explained.

“We tried to be more proactive and that didn’t go so well, but we’re definitely working on what we can do." 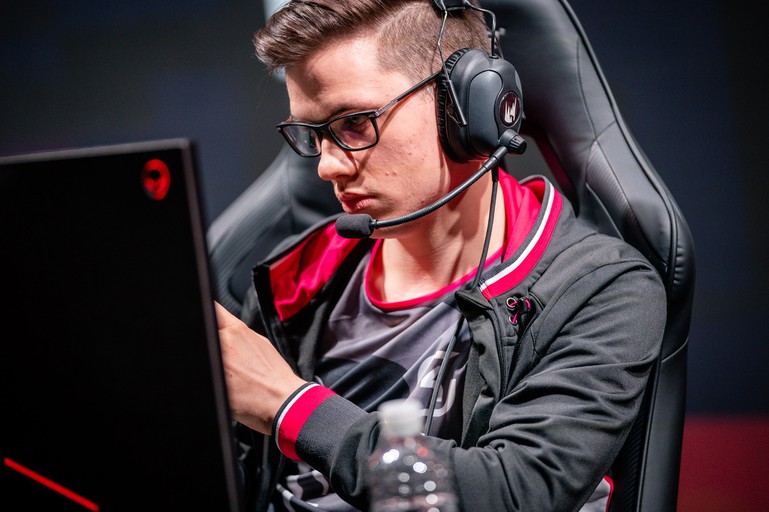 The team's hesitation reared its ugly heads most recently in SK’s sixth-straight loss. Facing off against fourth-placed FC Schalke 04, Crownshot and his teammates had two clear avenues of engagement through Selfmade's Skarner and Han “Dreams” Min-kook's Thresh. Even top laner Toni “Sacre” Sabalić could attack from the flank with Kennen or combo his ultimate with a Skarner or Thresh catch.

Early on, a roam from Choi “Pirean” Jun-sik, alongside Selfmade, caught Andrei “Odoamne” Pascu off-guard in lane. Then Crownshot earned a kill in a level one 2v2, while Pirean and Sacre later won their a similar duel elsewhere on the map.

When combined with a push in the top lane that put Sacre 30 CS ahead of Odoamne, SK were sitting on a 1.6k gold advantage at the 15 minute mark.

Then Pirean, Dreams, and Crownshot found Felix “Abedagge” Braun (Azir) and Lee “IgNar” Dong-geun (Morgana) in the mid lane. Selfmade was close at the Red Brambleback with his Predator keystone, and Sacre was still armed with teleport.

They backed off from the chance to fight while nearly 2k gold up. This was the start of SK's troubles.

A minute later Elias “Upset” Lipp kills Crownshot off a face-check into top lane, collects SK’s first-tier turret, and Abedagge and Odoamne polish off mid turret. Within moments, Schalke takes the gold lead. From a 2k advantage at 15 minutes and a chance to fight, to the opposite just five minutes later.

With their advantage, Schalke finds an opportunity in the mid lane similar to the one SK passed up earlier. At 22 minutes, they pull the trigger and claim Baron off the back of the two kills they earn on Dreams and Crownshot.

Moments like these echo across SK Gaming’s eight-game losing streak, which stretched to nearly 50 days straight, tearing their season apart piece by piece. 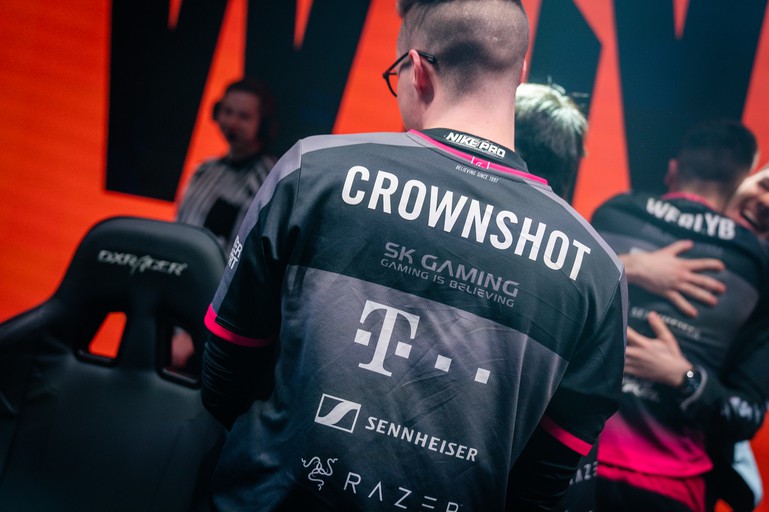 ﻿Crownshot said he knows what must happen. Between clearing away the fear that has gripped SK for much of the split, the team must invest, heavily, in finding an identity that they can work towards in every single game.

“Right now to play this game, it's really important to have an identity and a style that you can fall back on," Crownshot said. "There’s a lot of ways to play League right now, and a lot of lanes to play for, so you need to be clear on what you are doing."

Crownshot pointed to LCK teams like Damwon Gaming or Sandbox Gaming, which are still winning even though they don't have any super stars on their roster. According to Crownshot, that's because their clear identity allows them to play on the same page.

Now, as SK slip behind Excel Esports and Misfits, fans are asking if the German organization can pull off another "great escape," like they did in Spring. The emergence of rookie mid laner Janik “Jenax” Bartels in the end of SK's losing stream last weekend offered a lifeline for the team.

Still, Crownshot is not so sure if SK deserve to escape last place if they can’t overcome teams like Excel and Vitality. He said he wants to believe the roster can reverse the season-ending flaws, and that he has faith in his teammates, but it’s about delivering results or going home at this point.

“If we don’t win enough then it’s our fault," Crownshot said.

﻿"And if we keep dropping games to teams like Vitality and Excel then we obviously don’t deserve playoffs."