On paper, Schalke boasts one of the most exciting rosters in the LEC.

Korea stars Lee “IgNar” Dong-geun and Kim “Trick” Gang-yun, the latter of whom has twice been crowned MVP, prop up a roster dripping with European talents like Andrei “Odoamne” Pascu and Elias “Upset” Lipp.

Round out that star-studded roster with a scintillating mid laner in Felix “Abbedagge” Braun, and it’s a recipe for success. Only, the team just scored their first 2-0. One of the season’s surprises has been that Schalke had become embroiled in Summer’s midfield battle.

Up until this point, Schalke had struggled to find consistency in their gameplay.

A win over Excel to open their campaign was followed by a 35-minute defeat to SK. Schalke ousted third-placed Splyce in a 45-minute epic, before dropping back into the loser’s circle after being steamrolled by Fnatic.

A win over Misfits came packaged with a loss to Origen in Week 3, and after the Rift Rivals break Schalke defeated Rogue and then slipped up against G2. It’s been a tale of consistency in inconsistency. It’s not been what Schalke have been after at all.

Already, Schalke has looked to put the pains of the past behind them though. The German organisation was the form-team of the competition in Spring before a back-half implosion dropped the team from second to seventh in just four weeks.

With the signing of two-time MVP jungler Trick, Odoamne and the rest of the squad hope they have found their “monkey trainer.”

“Trick is a great guy, I think he’s a really good fit for us as a team because we lacked something that could coordinate the monkeys in the team - me, Abbeddage, and our bot lane,” Odoamne said.

“The thing is that Jonas [Jonas “Memento” Elmarghichi] was also a monkey, so it didn’t really work, you know? Not really his fault, but we just had too many monkeys in one team and now that we have Trick we have some standard of control.

“Overall it feels more stable playing with him because we have a clear objective in mind every game, and it feels more natural than just doing animal plays like we did in Spring. We’ve gotten rid of our bad habits now, and we’re playing how Trick wants to play.” 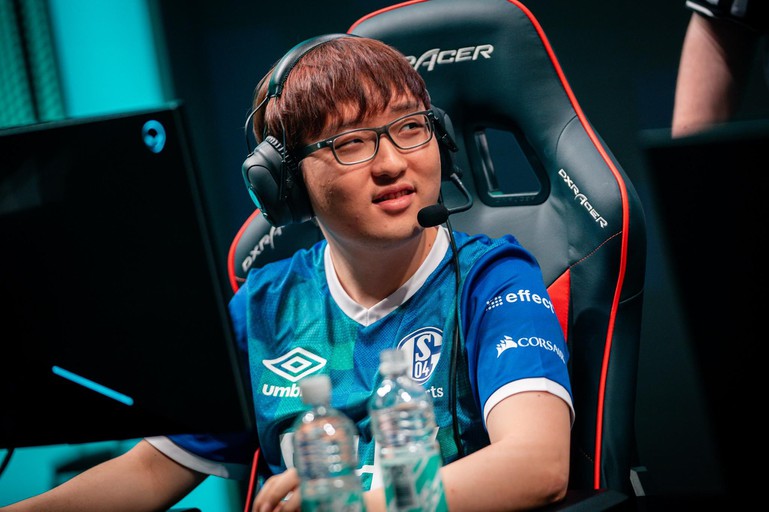 Odoamne knows that Schalke has a lot to work on if they want to challenge the top teams - mainly G2 (9-1), Fnatic (8-2), and Splyce (7-3). After four straight weeks of 1-1 records was snapped last weekend, the team’s solo laner has faith they’re on the right path.

“We have so much room to build, we’re trying to transition into what we’re working on, and bring that on stage,” he said.

“Compared to the last split I think we’re more consistent, even if we look at our slow start in Summer I don’t think we’ll collapse like we did in Spring. Even though the first weeks have been mixed and we didn’t do too great, I think we have room to grow.”

Even the disappointment of Spring has a silver lining in it though, Odoamne said. The Romanian top laner has had a lot of different experiences in Europe with H2k Gaming, Splyce, and Schalke. The 2-6 run in Spring last season was just another one of those.

“I have the mentality that every time we fail, or I fail personally, there’s stuff to learn from it,” he said. “The version of myself after Spring is way better than it was before the collapse happened. I want to show that.

“Even if it doesn’t always show, I always feel like I’m improving with every game I play. Hopefully, with this iteration of Schalke, I can show it properly.” 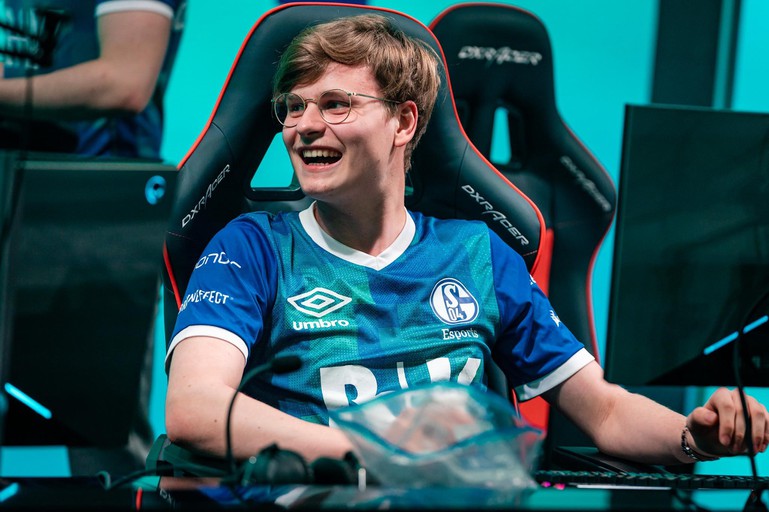 Schalke has moved into fourth place in the LEC after their first 2-0 weekend of Summer. Photo courtesy of Riot Games.

The 24-year-old star certainly had a chance to do just that as Schalke ousted Excel and Vitality last weekend.

He opened the round with a 3/4/13 performance on Karma - the first time he’d ever played the champion on stage - and then followed that up with a second-time Neeko game. He finished 0/4/11 on the split-pushing power pick as he faced new champion Qiyanna.

Odoamne laughed after Vitality brought Qiyanna to bear against him in the top lane. The Empress of the Elements has been a hotly contested mid pick since her release, but Lucas “Cabochard” Simon-Meslet tried something new in bringing her north of the Baron pit.

“I think Qiyanna is really, really strong early game, and if you split the map against her - which we did - then it’s difficult to survive because of her gank setup. You should die pretty easy on those,” he explained.

“Outside of that her mid-game is okay, and then it falls off pretty bad. For Vitality’s style, Qiyanna worked well top, but it’s mainly a mid pick. It’s a mindless pick.”

Unfortunately for Odoamne, he knows he can’t play against out-of-left-field picks every weekend and pick up “easier” wins. He has to improve. The team has to lift and avoid that Spring collapse that cost Schalke any semblance of hope for silverware that season.

This time around, he’s doing it for everyone he let down last campaign.

He wants to show Schalke fans that the squad is better than that. That they’ve become better.

“I’m sorry for sucking at the end of Spring split, that wasn’t really fun for the fans or us, but I really feel like this split we can repay the fans for how much we sucked,” he said.