Caps on Rift Rivals: "I got overconfident...so my ‘friend’ [Craps] came out instead"

Caps reminisces on G2's struggles to catch up with a shifting metagame.

It’s been an interesting few weeks for the Mid-Season Invitational champions. After opening their League of Legends European Championship season with four straight victories, G2 Esports were ousted from the top spot in a 27-minute defeat at the hands of Fnatic.

Still hailed as one of the frontrunners for Europe as the region headed into the trans-Atlantic Rift Rivals competition against North America, G2 were expected to have a strong showing against LCS teams like Team Liquid, Team SoloMid, and Cloud9. Instead, G2 are returning home with a 2-2 record. They may have defeated TL 3-0 in the MSI decider, but it was the NA champions that had the last laugh with a 2-0 record in Los Angeles.

According to Rasmus “Caps” Winther, one of the reasons G2 struggled was because NA mid laners had found a way to beat the European superstar. Ahead of showdowns against LCS veterans like Søren “Bjergsen” Bjerg and Nicolaj “Jensen” Jensen, Caps had been showered with nothing but praise. It was a move that saw his alter-ego “Craps” come out to play.

“I’m not 100 percent sure what happened honestly. I think North American mid laners figured me out, if they’re put out some trash talk ahead of our games they might have got ‘Claps’,” Caps joked after Europe’s 3-1 victory in the Rift Rivals final. “Instead I got a bit overconfident with them all talking really nicely about me, so my ‘friend’ came out instead. It’s a bit embarrassing. We didn’t get the wins against Liquid both times we played them, so we’re going to have to get our revenge at Worlds.” 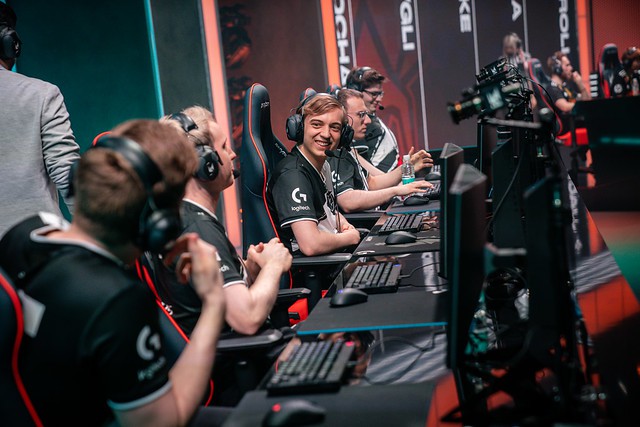 The two losses against Liquid aren’t the only time G2 have struggled in recent weeks. After their 4-0 start in the LEC, they came face to face with fellow undefeated team Fnatic. Caps’ former team rolled over G2. It took just 27 minutes, and a kill a minute for Fnatic to give the boys in orange commanding control of the European Championship standings. G2 went on to sweep aside Rogue 17-7 the next day, but the damage had already been done.

“It’s pretty sad. The way we lost that game was so weird, there were so many fights and so much going on, and I just thought ‘If I don’t laugh at this then I will cry,’” Caps said. “You want to win every game, especially against Fnatic. Unfortunately, pretty early on I realized the game was going the opposite of how it usually goes, and it almost felt hopeless in a way. I’m usually pretty good at problem-solving, but it just felt like there was no solution.”

The game slipped out of G2’s control after Caps struggled early in his lane-swap to top lane against Gabriël “Bwipo” Rau. While Caps’ former teammate Mads “Broxah” Brock-Pederson stamped his influence across the map, Bwipo’s Renekton silenced Caps on Akali.

According to the G2 mid laner, the Fnatic loss showed the world what the team has been struggling with for some time. Whether it’s on stage, or in scrims, the MSI champions have been “finding difficulty” with early game advantages. Relying on mid-game comebacks can only last so long, Caps said.

“We are in a weird position right now because our team feels like we have a lot of sketchy early games, but then we usually can come back,” he explained. “Usually we make it a really good comeback, and that means our games can be fiesta-like. I guess that means we either have to turn it down a bit and get control, or we have to go all in on that style.”

If ever there was a time to pull the trigger on ‘clown fiesta’ playstyles, it would be now. League of Legends has been experiencing an acceleration in the meta playstyle ever since the end of 2018. The swap has left Korean champions in the dust with their slow-paced, vision-based games, and seen China and Europe emerge as new international superpowers.

Caps said he’s been loving the new change, but thinks teams may be foregoing that playstyle once more. Instead, safer ways to play the game are emerging again, especially with teams like third-placed Origen and fourth-placed Splyce.

“It looked fast for a long time, all of Worlds and Spring, but it feels like a lot of the games have been a lot slower recently,” he said. 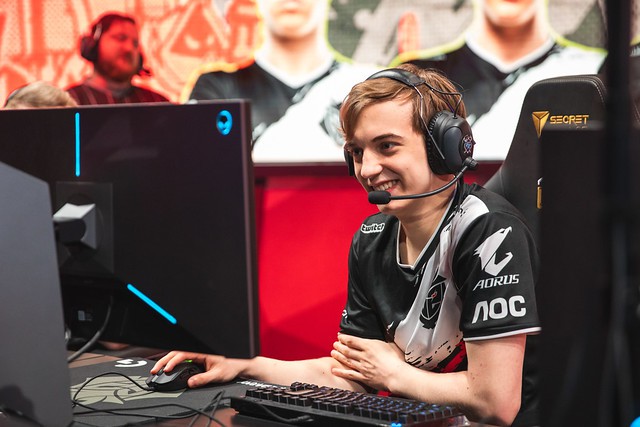 “I watched all the EU games [last round] and all the games were 0-0 at 10 minutes, and then 0-0 against at 20 minutes. Then we had our game against Fnatic coming up and we joked we were going to have at least 10 kills between the two teams. We got nine, so we were close.”

There’s no surefire way to play the game at the moment though, and that leaves G2 at a crossroads - double down on their near-trademark mid-game aggression, or adapt ahead of Worlds? It’s a question they may be asking themselves all the way to the postseason. That’s why international tournaments like Rift Rivals are so important, Caps explained. With new challengers in TL, TSM, and C9, G2 Esports got a chance to cut their teeth on new plans, new ideas, and really get settled into limit-testing in scrims and on stage.

If G2 can find their rhythm again towards the end of Summer, and put a less than ideal two weekends behind them, a strong Worlds campaign is certainly on the cards. Only Fnatic and TL have really tested the MSI victors, and only the LPL looks set to trouble the squad. “I still feel pretty confident heading into Worlds, NA and LCK aren’t looking that strong at the moment. Only LPL are looking pretty scary” Caps said.

There’s one back-up plan that the Danish mid laner has if all else fails - turn to Team Liquid for another assist: “I think we can always hope for NA getting them out for us.”