Attila: "I have no doubt in my mind Vitality will make it to playoffs"

Vitality's bot laner is undaunted by his team's setbacks.

The World Championship quarterfinals and semifinals are set to be held in Madrid, where Team Vitality bot laner Amadeu “Attila” Carvalho spent most of his formative years. To play in the final eight of the biggest international tournament, right in the heart of a country he considers a second home would be “crazy experience” for the Vitality star.

The only problem is that Vitality started their split with a four-game losing streak. The former European international representatives are languishing in seventh place. There's a light at the end of the tunnel though - the squad just collected their first 2-0 weekend of Summer.

“We really needed those wins, it was a really important week for us,” Attila told Upcomer. “If I’m not mistaken, this is the worst start we’ve had to a split with this core playing roster, so it was pretty important for us to get back on track.”

Not that Attila was overly worried about the 0-4 start. According to the Vitality star, the team is still one of the best in Europe. They may have had a bumpy start to Summer, but they’re just a single win off fourth place and have their eyes locked firmly on a return to Worlds. “We don’t want to miss playoffs, we’ve never done that before, and I think if we had gone down to 0-6 in the first three weeks before the break then we would have had to raise the alarms,” Attila said.

“Besides that, Worlds is in Europe this year so we have that extra motivation, and then the final is in France too and we have Cabo who is French. For me too, quarters and semis are in Madrid and I was raised in Spain. That has given us extra motivation. As it is, 0-4 isn’t too bad for a start. You only have to look back to last split when Fnatic had a terrible start in Spring and then - with the same roster they have now - they came back to get third in the second half. If they can do it, so can we. We’re not less than them.” 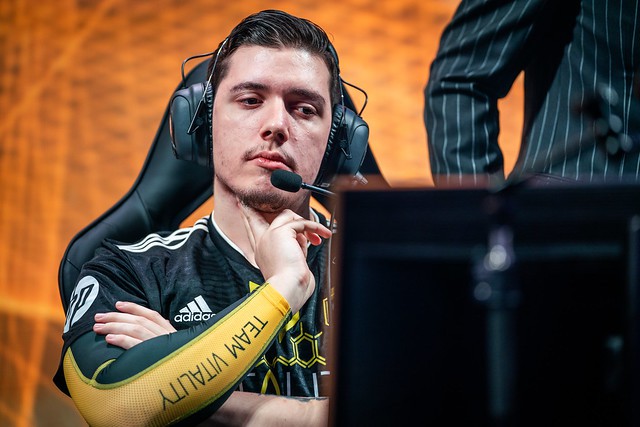 That sentiment will be put to the test next weekend when the European Championship returns. Fnatic, fresh off their near-undefeated tour of Los Angeles against the LCS representatives at Rift Rivals, are the next challenge Vitality face in their resurgence.

While Vitality were struggling to find their feet in their 2-4 opener to Summer, Fnatic were marching to a 6-0 record. Last round they defeated G2 Esports in a bloody affair that knocked the MSI champions off their perch, and now Fnatic are looking to solidify their position.

If ever there was a time to strike against the championship hopefuls, it would be after they had traveled across the world to battle North America. Vitality have that opportunity straight off the bat in Week 4. “If there was going to be a week that Fnatic were weaker than usual it would be the round after Rift Rivals for sure, it gives us a good opportunity against them,” Attila said.

Not that Vitality needs Fnatic to be jet-lagged to beat them: “If we’re going to beat them, it’s because we played better than them on the day. We can match them for sure, and then that travel hangover will just help us achieve more in the game.”

There was reason to celebrate for Attila as the team found their feet first against Excel in 33 minutes, and then against SK Gaming in a tight 19-19 battle. It was bittersweet, however, as Ki “Expect” Dae-han limped back onto his fountain to deny Attila his first career pentakill.

The Portuguese marksman, who finished the game 11/0/3 on Varus, cleaned house in the final teamfight of the game. It was just Expect’s Renekton left to finish for Attila to stamp his own personal mark on Vitality’s win, but a double Slice and Dice saw the chance dissipate.

“To be honest, short story - I fucked up because it was a really free pentakill,” Attila said with a laugh as he recollected the near-five-player clear. “I gave Renekton that second reset and it fucked up the opportunity completely so he got away.

“Normally if we were in another split, or we were really high on the table, I would have asked the guys to dive them because we were so far ahead. The first time you get a pentakill in competitive games is something that keeps a special sparkle in you, but it wasn’t the time.

“When you are 0-4 down in a split you never know what is going to go wrong in a game, so I knew that we had to decide the game instead of going for some crazy plays. If it’s a really important game I will never ask my team to throw the game for it because that would be so insanely selfish and I don’t want to be like that.” 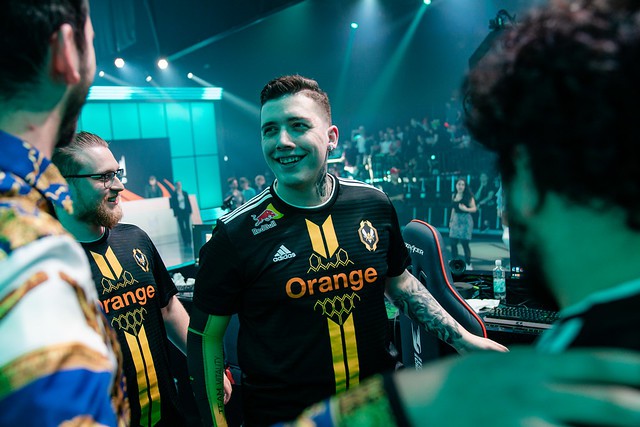 It will be that mentality that guides Attila back to the World Championship, if he and the rest of Vitality can battle their way through the LEC midfield logjam. With three teams locked at fourth, and three more in seventh, it’s clear this will be one of the closest races for playoffs the league has seen in a long time.

“I think Europe is close to one of the best regions in the world, and it’s because we have so many strong teams in the competition,” Vitality’s marksman said. “When you have strong opponents at the top - like Fnatic and G2 have become now - the level of League and the level of players in the competition just go up so much because you want to challenge them and you have to learn more to beat them.

“Then having strong middle teams makes the top better, because if they want to keep their top spots they have to maintain their own learning. It’s made Europe so much better recently to have so many good teams, and we have a good chance at Worlds.”

With Fnatic and G2 the likely first two candidates to clinch qualification for the year-end event against the world’s best, all eyes turn to who will represent EU with the final spot. There may be a lot of teams vying for the place, but Attila is fairly sure he already knows who it will be. “We’re going to be sending those two, and then of course Vitality, that’s probably the strongest three international teams that the region could send,” he said, before adding with a chuckle: “I’m probably a bit biased, of course I’m going to say my team.”

“I don’t think too many people would complain if it was those three, let’s put it that way.” He had to think for a moment. “Maybe Origen fans would, but who cares about them anyway.”

Considering the domination that Vitality showed against some of the strongest Eastern teams at Worlds last time around, it’s not like Attila is far off the mark. His roster has the international calibre to upset the apple cart, and he wants to do it again in 2019.

“We started really bad, but we’re going to pick up our pace again. I have no doubt in my mind that Vitality will make it to playoffs, and then from there if everything goes well we will be back at Worlds and aiming to get out of groups,” Attila said. “Considering how we did last time, I think we can go even further and I want to play those international best-of-five series. Especially considering Madrid and Paris are venues, I think we’ll have a massive morale boost. We want to make it a moment no one will never forget.”