TFT gets new level and item mechanics on PBE

Reddit user u/Aquanort discovered some new additions to Teamfight Tactics on the PBE, including the updated Guardian Angel and a new effect for Cursed Blade. These items will introduce mechanics to change or lower a unit's level for one round.

Before we dive into the results of their experimentation, It's important to note that some of these items may have unintended effects or bugs due to the nature of the PBE. These will be marked with an asterisk (*).

GA will work similarly to how it's always worked in TFT, but now equipped units will revive as one level higher than they were before. The catch is that if a level three unit activates the passive, it will come back as a new level four unit with double base health*. 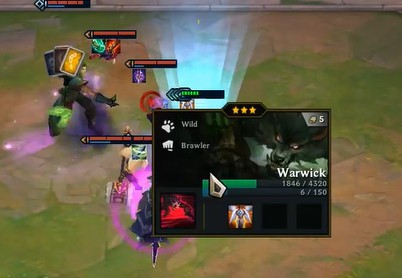 GA's new effect can also be stacked. Upon activating the first GA passive by dying once, your unit will revive as normal with a higher level. All subsequent GA revives won't add another level, but they will bring your unit back to life with full health*.

Cursed Blade has a new look in the PBE with the introduction of level zero units. The item still grants 20 attack speed and 20 magic resistance, but its level reduction passive now works on level one units to bring them to zero.

The effect will also stack* depending on how many times you can proc it in a single round. This means that you can technically bring a level four unit all the way to level zero for the duration of that fight.

Riot hasn't released a change list documenting these new additions yet, but if you want to see them in action, you can watch u/Aquanort's video on the changes.