Everything you need to know about ranked TFT

In the latest "/DEV:" blog post, some of the Rioters behind Teamfight Tactics laid out their plans for ranked within the game mode, as well as some details about how it will work.

You can currently try ranked TFT out for yourself in the PBE, but since there are no patch notes out, here's a rundown of everything you need to know. 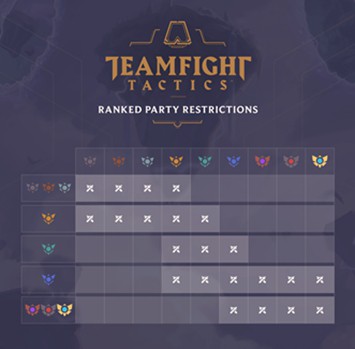 Similar to Summoner's Rift, Riot will divide that ranked TFT into seasons. In between seasons, developers will implement bigger changes to the game that could altar the meta, such as new champions, items, and game play updates. The current plan is for there to be about three or four ranked seasons in a year.

Riot plans to develop unique ranked rewards for TFT as well. They'll be based on your end-of season rank, but aside from that, they'll be much different than the types or rewards we've seen for traditional game modes. Once they're finalized, Riot will reveal more information.