Hans Sama: “We’re not on the same page, and that means everyone plays worse.”

Things have gone badly for Misfits Gaming three weeks in to Summer. The situation may not exactly be at ‘worse’ yet, but they’re certainly not where the team wanted to be considering the changes they’d made behind the scenes after a torrid Spring campaign.

After finishing outside the playoffs positions for just the second time in their European history, Misfits made the call to move to a ten-man roster. It was hoped a back-room change may spur the roster back into the European Championship finals.

After two 1-1 weekends, and taking wins off just Rogue and Excel Esports - the ninth and tenth placed squads from Spring - Misfits tumbled to a 0-2 weekend with losses against fellow playoff contenders SK Gaming and FC Schalke 04.

For Steven “Hans Sama” Liv, whose personal ambition has always been to claim a European title, the seventh-placed start to Summer is disappointing, to say the least. More than that, he’s worried the team may not be able to fix it in time to make a bid for the finals.

“It scares me that we’re not in a good moment right now,” Hans Sama admitted. “Sometimes issues crop up, and we need to improve over them. I just think we’re not on the same page right now, and that means everyone plays worse.”

In a star-studded roster of veteran talent, including players like Paul “sOAZ” Boyer who played in the very first World Championship, and Korean superstar Kang “Gorilla” Beom-hyun, there’s certainly the skill to be a title-challenging squad. Hans Sama knows that. He believes when the team clicks, they can be nigh-unstoppable.

“When the whole team is on the same page, and we have a good relationship, we can win every game we play. We’re unstoppable in those moments,” the French marksman said.

“The problem is when things go wrong, like individual issues, or things that come up in our style, everything falls apart for us. The challenge for us isn’t trying to prove that we’re great players, it’s about getting to that “Misfits shape” where everyone is working together.” 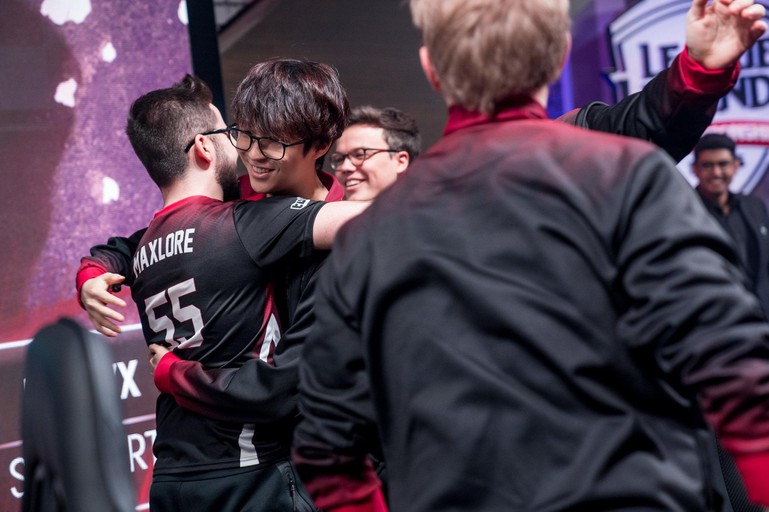 Misfits were “in a good place” when they defeated G2 3-0 in the EU LCS 2018 Summer playoffs. Image via Riot Games.

A perfect example of that would be when Misfits took the fight to Fnatic in last Summer Split’s postseason. The team had just come off the high of ousting G2 3-0 in the quarterfinals, and nearly bowled over the title favorites in the very next series.

“You can see it with the team last year, we were almost in that good spot where no one can beat us when we faced Fnatic,” Hans Sama said. “We beat G2, and we were feeling good, but we were just missing that tiny something and lost.”

Even earlier back, the “perfect moment” for the Misfits roster garnered them a place in the annals of League of Legends history. It may not have been a title, as Hans Sama wants, but when the rabbit-emblazoned squad took SK Telecom T1 to the limit in a five-game series, it may have been the spark that has now fired Europe into the world elite.

Not that Hans Sama feels the squad is in just the right place to take advantage of that.

Between problems with internet drop-outs at the team’s Berlin training home, to adapting to the new ten-man roster, and overcoming the 2-4 start to the split, there’s a lot of work to do according to Misfits shotcalling-bot laner.

“We have made a lot of adjustments coming into Summer, which we had to do because we saw so many weaknesses that we had in Spring, for individuals, in the staff, and just throughout the team. We have tried to adapt a lot.” 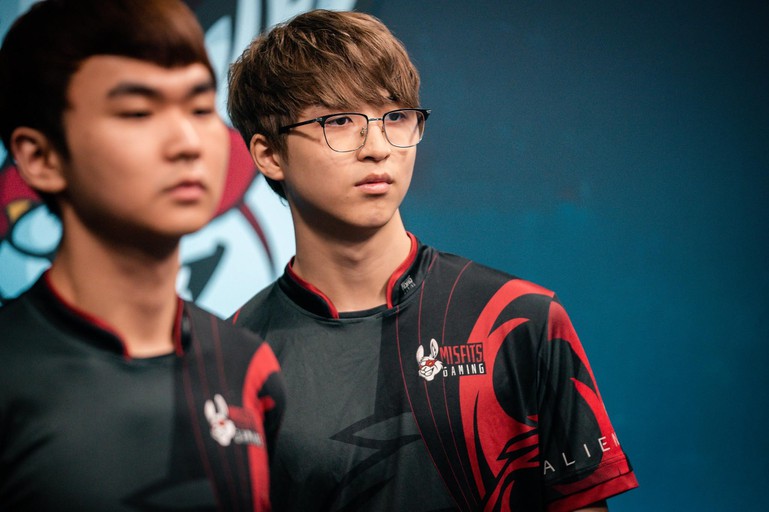 Hans Sama has faith if Misfits can overcome their issues, they’ll be “unstoppable”. Image via Riot Games.

All those problems are solvable, Hans Sama believes. No matter what kind of difficulties have been thrown in the face of the French star, there’s no doubt in his mind he’s still on the path to a League of Legends title.

“All of those problems aside, we are a good team. Once we are in playoffs we always do great, better than anything we do in the regular split,” Hans Sama said. “If we get a decent result in the split and make playoffs, I think we have a really high chance to make the final.

“Misfits is a team where you take away any issues, and the game just gets easy for us. We’ve lost some games recently where we were ahead, and we’ve thrown because we play a way that we shouldn’t. Once we get through that, we will be back to our dangerous best.

“Honestly, it feels different this time around. I believe we can make it.”