After Fnatic finished as runners-up at the 2018 World Championship in Korea, many began to believe it was only a matter of time. The star-studded roster of the seven-time European champions had suffered one bad best-of-five defeat, but overall had won two of their six games against Invictus Gaming and one off day had cost them a shot at the title.

When Paul “sOAZ” Boyer left, fans understood. It’s difficult to settle into a rhythm within the roster if your top lane is constantly in flux. Gabriël “Bwipo” Rau was basically a fresh-faced rookie, with a massive ceiling on his potential. Besides, the five-man roster stayed the same.

Then everything became less clear. Superstar mid laner Rasmus “Caps” Winther, who had grown from a struggling starter in the team into one of the most entertaining players across the world, jumped ship to join Fnatic’s arch-rivals G2 Esports. In his place, Fnatic signed MAD Lions solo laner Tim “Nemesis” Lipovšek.

His first split was less than stellar.

Locked onto safe, controlled picks like Lissandra, Galio, and Syndra, Nemesis struggled to make his mark in his new LEC environment. Fnatic struggled overall, winning three of their first ten games of the season. The team turned their story around in the second half, but could only score a third-seed for playoffs. Eventually, they were ousted by Origen in a 3-1 battle in the preliminary final. Caps and his new team G2 went on to lift the Spring Split trophy.

However, the struggles of Spring now look far behind Fnatic and their new Slovenian mid laner. The chains have been thrown off between their third-place finish and Summer, and the team looks far better for it. A 27-minute victory over G2 in week three accentuated that point. 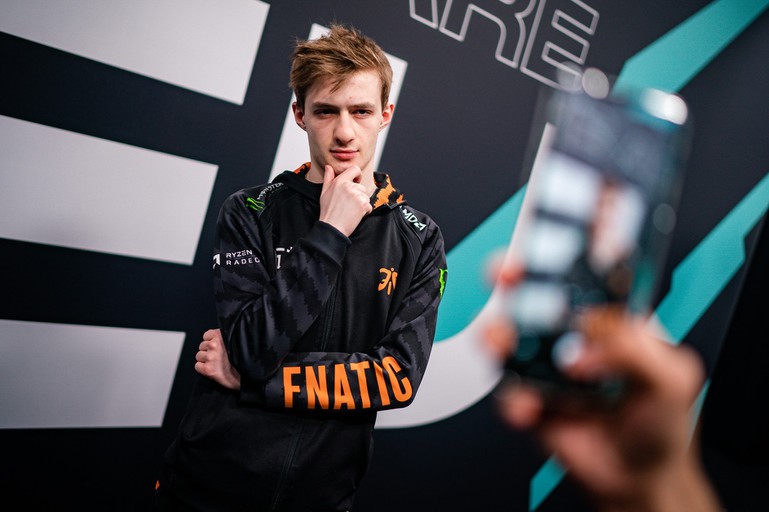 According to Nemesis, there was a “shadow” that hung over the drafts for mid lane in Spring. Because he had never proved himself a hard-carry, the team looked to Bwipo or bot laner Martin “Rekkles” Larsson as the focal points of their on-Rift strategies.

“Spring split for me was very overshadowed by Lissandra, and those kinds of picks,” Nemesis explained. “Now that she’s gone in Summer split, I’m finally free.”

There’s also an element of the Slovenian star finally clicking with veteran Fnatic jungler Mads “Broxah” Brock-Pedersen. Broxah has long been a focal point of the team’s early game, playing a key role in the roster’s back-to-back LCS championships.

While Nemesis agrees his learning period took a while, the synergy he’s earned with his jungler is now paying dividends. It’s clear that’s working too, as Broxah stormed to a 9/1/11 record against G2 on Saturday evening. Nemesis and Broxah combined for a lethal 29.5k damage to champions and proved they had found their pace together.

“Everyone who joins a new team has a slow relationship, to begin with,” Nemesis said. “You get better as you get game time together. The more you play, the better you get, and now that [Broxah] and I have played for some time we’re getting there.”

While Nemesis was fairly humble about his upswing of form in Summer, his jungle duo has been singing his praises. Broxah agrees that the Slovenian rookie took a slow time to settle into the pace of the European Championship, mainly because of team-focused picks like Lissandra. Now he believes there’s “even more” that Nemesis can achieve in Summer.

“He’s really starting to prove himself in the league, last split he was really known for Lissandra every game and he’s starting to move away from that and starting to hard carry some of the games. He’s really doing quite a good job,” Broxah said. 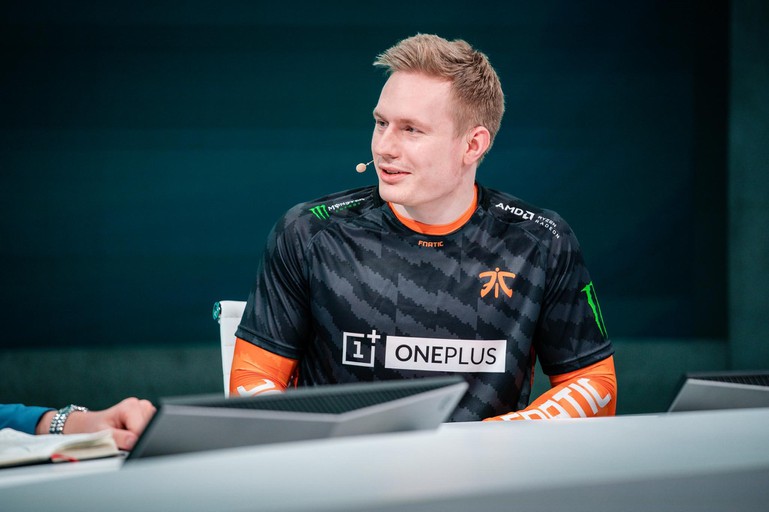 “Me and him are starting to have pretty good synergy together as well. In the past it reminded me of my relationship with Caps, in the beginning, everyone said that we didn’t have any synergy at all, and then, in the end, we became one of the best duos in Europe. The same thing is happening now with me and Nemesis, he’s fitting in really well with the team.

“I think it’s just about getting to know each other a lot, we know each other better now and communicate better together. We see a lot more opportunities together because we speak about it, and know what’s going on with each other, and can we set more up off of that.”

Funnily enough, while Nemesis may have kept his 100 percent win rate on Twisted Fate alive, his bot laner Rekkles also kept an interesting result rolling on.

The Fnatic ADC brought out Karma against FC Schalke 04 in EU LCS 2018 Summer and recorded a 0/0/3 win. It quickly became a joke in the Fnatic fandom, and Rekkles kept the laughs alive with another win. This time, he even added some kills.

Nemesis backed up his resurgent form in Fnatic’s Saturday game too. After the team fell to an early deficit against the winless Excel Esports, Nemesis kept pace and even out-farmed his solo lane opponents on Corki.

While Rekkles was eventually named Player of the Game for his late-game work on Ezreal, Nemesis played a major role in keeping Fnatic in the clash long enough for his bot laner to work his magic and finished 8/4/8 overall.

Fnatic finished Europe’s third week with an undefeated 6-0 record, and maintain their first place position. They now continue their campaign to return to the World Championship, and potentially reclaim their domestic crown, against Team Vitality and Splyce this weekend.