The League of Legends PBE was updated with the addition of new champ Qiyana, and a quartet of video game-themed skins.

This is the first chance for most to try out Qiyana, who was revealed last week to considerable hype and excitement. The elemental assassin’s launch skin has also been revealed: Battle Boss Qiyana.

She’s not alone though, as she shares the video game motif fellow big-bad Battle Boss Yasuo, as well as Arcade Kai’Sa and Arcade Caitlyn, with the latter also receiving a Prestige edition skin.

This wave of 2019 Arcade skins also comes with a range of summoner icons, showing off pixel art versions of all the existing arcade skins, as well as the new additions the range. Plus a super cute voxel Poro ward! 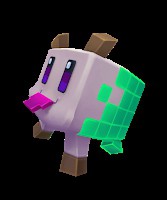 Excitingly, this PBE update also comes with a host of new assets for the recently announced Teamfight Tactics, including images of the new Companions/Little Legends, and client-side content, suggesting that the new game mode is quickly progressing to the PBE.