Zeyzal: "My personality has shifted a lot more toward acting like Sneaky"

Zeyzal discusses C9's 2-0 start and the pressures they face as a top organization.

Cloud9 struck with a vengeance in the first week of the Summer Split, ending their two games in decisive fashion to end the week undefeated. The team will try to recapture their spring form, which saw them finish the regular season in second place before being reverse swept out of the second round of playoffs by TSM.

Following his team’s victorious weekend, we caught up with support Tristan “Zeyzal” Stidam to go over his team’s victory over Clutch Gaming on Sunday, how he thinks the team matches up against the best European teams, and his thoughts on whether individual or team skill is more important to success. 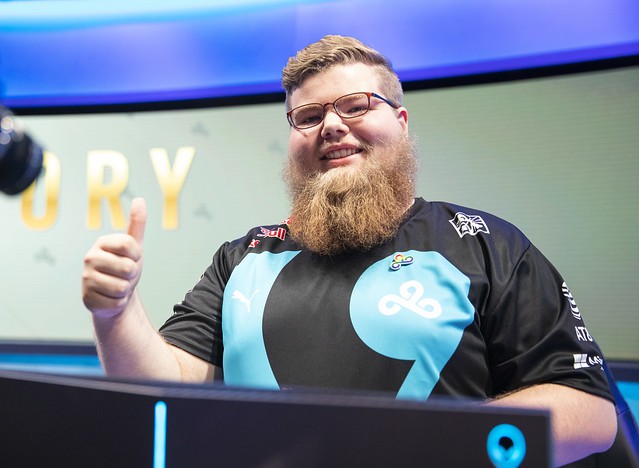 Does that make this split feel kind of special for you then?

No, I didn’t even realize it actually.

So Xayah-Rakan has recently got a lot more priority, especially with the Guinsoo’s Rageblade nerf, but you guys went to the Sona-Taric instead. How do you think that matchup goes for you guys?

I think most strong combos will beat Sona-Taric bottom, so it’s more like how do you minimize losses. Xayah-Rakan is in a unique position that they don’t have Aftershock generally, whereas a lot of champs do, so they can’t really dive you. What they’d rather do is push then teamfight, or push then skirmish in the river, or push, have their mid laner shift, hit your turret, which is what they did this game. I guess the matchup just goes, they have to push the whole lane. We can never push but we outscale them quite hard.

Talking about that push, at one point in the game Clutch Gaming had 12 plates while you guys had two. Was that ever a concern for you guys going into the midgame?

We were rather comfortable with the position we were in, because despite them having gold we also weren’t denied gold, which is a pretty big condition. We weren’t denied XP or gold bot lane, which was actually really big because oftentimes you’re dove when you play Sona-Taric and then you’re denied both. Instead they were pretty much sieging us with their mid and jungler, so they were investing four people to push us two out while we don’t really care about that. Our top side was going even and the advantages they were getting were very isolated to their bot lane and we weren’t being denied at all.

Was that how you expect them to play that matchup?

There were definitely risks in our draft where we would be denied much more.

In that game, [Clutch top laner Heo "Huni" Seung-hoon] picked Pyke top. What are your thoughts on Pyke being more of a top laner now and do you agree with other teams’ priority over it?

I think Pyke is unique in that when you lose lane, you lose very gracefully because of your passive, and you have the most mobility of any champ in the game in terms of how fast you move across the map. Pyke, with that considered, cannot lose the lane very easily top lane. Huni was equal CS pretty much even though [C9 top laner Eric “Licorice” Ritchie] was really strong.

I would say it’s not very good support and that it’s better suited for top because of the most recent changes where they shifted it from the tank build to the lethality build. Pretty much you’d never get those items on support anyway, so it never hits a spike because it’s weak early and then when you hit mid game you have no gold. In top lane, you get around that. You’re actually relatively strong early because all you do is try to match push and then you have small move timings which are really impactful. You can never lose lane very hard because you can’t be poked down much with your passive.

The draft that Clutch played is pretty similar to something Europe’s G2 would play. Going into Rift Rivals, how confident are you guys feeling?

I think we’ll do well at Rift Rivals. I think in general G2 is the strongest team Europe has and none of the other teams seem to be nearly as strong, but I’m not sure how well we’ll match up to G2, as that’s pretty much every NA team will be wondering because that’s the team to beat at Rift Rivals. Beyond that I think we’re pretty confident. 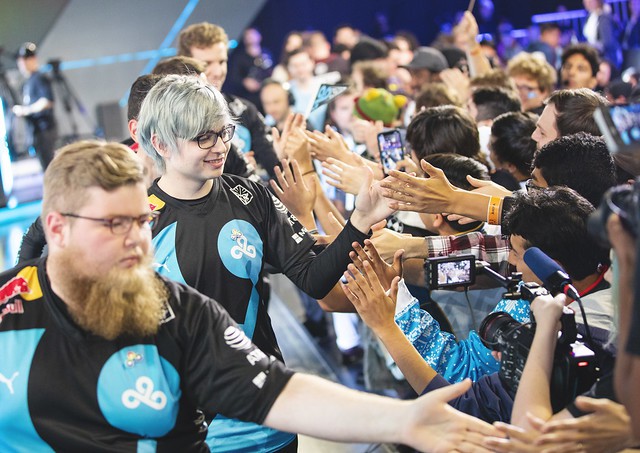 Do you guys think you match up well against the other two teams, Origen and Fnatic?

I think we’ll match up well against both. Just individual skill level is comparable to both teams. I think Fnatic and Origen are on a pretty similar level in skill level, and that’s probably around where we all are at individually, so we could match up to them well, whereas G2 has high, high-level individual talent right now. They’re pushing some of the best players in the world right now, probably top five in their roles at most roles.

Let’s talk about the other top NA teams then. Obviously last split it was you guys, Team Liquid, and TSM. How do you expect that to go this split?

I think it depends on how we deal with a specific trend we’ve noticed with TL’s play that we usually lose to on stage. If we address that properly, it’s something that’ll help us a lot. It’s something that even going back we’ve noticed that they do and that tends to throw us off, whereas I think with TSM it’s honestly they just messed up closing out games. We were set to lose the games against them but they struggled to close out. I don’t think they’ll make that mistake again if we play them so we’ll have to play better than we did previously.

Liquid crushed TSM yesterday. Do you think that’s just Liquid being a lot better coming from MSI and having that experience, or do you think that TSM hasn’t really improved from spring?

I think Liquid didn’t actually get an advantage. They actually might be at a disadvantage going into Rift Rivals because they’ve been playing a long time now, and towards the end of that you can really start to get burnt out.

They just played really well that game, and TSM made a lot of mistakes in the bot lane. Not 2v2 necessarily, but 3v3 or choosing to fight weird fights that ended up giving them a disadvantage. I think that game could have went very differently if TSM chose different fights or they found better fight timings, better ways to play them. It’s hard to tell how good either team actually is because the way they fought just guaranteed a snowball.

What are you guys planning to do differently, if anything at all, this split?

With the addition of [coach Kim "Reignover" Yeu-jin], that’s most of the staff changes we did, but also we have had a bit of a shift in the way [C9 coach Bok "Reapered" Han-gyu] has coached, where it’s less lax on us and more pressure during the season. The way he coaches tends to be a lot more pressure on us internationally, so he’s starting to balance it out more with a lot of pressure on us during the season. Not a lot necessarily, but shifting it more towards there is pressure during the season whereas before it was mostly focused on us getting to Worlds and performing there.

So how is he shifting more pressure toward you guys during the regular season?

He would tend to forgive a lot of mistakes being made by players, especially if they were common mistakes. He wouldn’t necessarily harp on you for them. He wouldn’t continually point them out but I think he’s going to focus on fixing those mistakes so we can be more structured and controlled players, as well as generally trying to push our individual skill to a higher point with stuff like higher solo queue requirements, expecting certain ranks, things like that.

How do you think that’ll affect you guys going longer in the split?

What are your thoughts on these changes for the team overall?

I think it’s good. I like the coaching style when Reapered is pushing us, because I think it gets everyone on the same page that we need to improve and it sets that atmosphere very well.

Looking at TL’s run where they upset the defending world champions, what was going through your guys’ head when seeing that?

For me there wasn’t really much. I had already been saying I think any team can beat any team right now, just depending on the momentum they get during the series and how they feel going into it, as well as their understanding of draft. I think in general, with the way the game is played right now, any team can snowball off one fight, one small mistake in a fight and they can take over the game by that. The main thing was just recognizing that TL actually played well individually to get in that position, and it’s less about them as a team and more about how strong they individually performed. We need to match that or do better.

Do you think it’s more important to have strong individual performances as opposed to playing better as a team?

We talked to [C9 ADC Zachary “Sneaky” Scuderi] during Asset Day and he talked a lot about how the culture on C9 is really good and you guys are all kind of like a family. How do you think that’s affected you as an LCS player coming from Academy and your growth overall?

My personality has shifted a lot more toward acting like Sneaky, which is a good thing and a bad thing. Pretty much we play our scrims and we have an hour break, and during our break it’s just Sneaky and I shitposting while everyone else tries to ignore us. That’s pretty much how it goes.

It’s a good atmosphere because everyone feels connected and involved. No one’s really left out. The main growth from Academy would just be the ability to not necessarily trust your teammates but get along with them in-game and out of game with no pressure together because we spend all our time together anyway. There’s no effort in it. We just naturally do it.

Do you think for you guys, if it wasn’t such a family kind of atmosphere, would you guys still be performing as well as you have been?

It’s a good thing and a bad thing. I think individuals have less stress to perform because they trust in their teammates so much and they can rely on them because we’re all basically family. We trust each other. That’s the bad part. You rely on your teammates a lot more because you can the pressure off of yourself to carry and on to them. There’s also the additional pro which would be you all get along well, there’s no real arguments and it’s easy to practice with them all day. No one really gets upset, no one argues, anything like that.