New Impact led Liquid to the cusp of greatness

Jeong "Impact" Eon-yeong has seen it all. He's been to the very top of competitive League of Legends, he was one of the first Koreans to win a World Championship. He lived through the early hectic years of the LCS, when teams came and went and the league functioned like the Wild West.

Most recently, though, he's found a new home in North America on the Team Liquid super team. Only, the team hasn't been so super. They've won several LCS championships, but until now, they have failed to progress at international events. As Liquid struggled this year, fans started whispering about Impact's play, saying that he's only a tank player, that's he's a step slower, or that he might be washed up.

Nothing could be further from the truth. Impact is an absolute rock for Liquid in top lane. His lane phase isn't as good as it used to be, and his mechanics may no longer inspire awe regularly. But looking to Impact for big, flashy plays will blind you to who he is—the soul of Team Liquid. 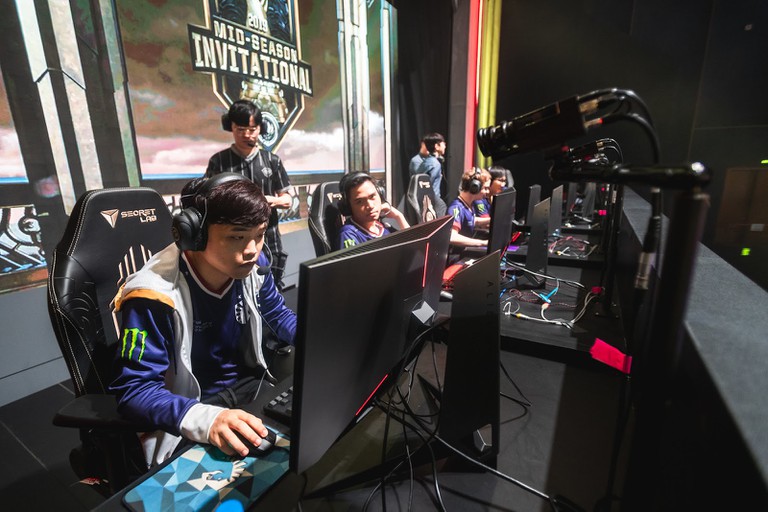 When Impact played for Cloud9 a couple years ago he earned a nickname, "Top Die," for the way he drew pressure and killed opponents in one-vs-two situations. It's been a long time since those days. He's not really called "Top Die" anymore, not often. Opponent ganks on him work more than they used to.

The "Top Die" nickname was C9's attempt to hype him up, but he's not really a hype player. He is not one of the most popular interview candidates on Liquid, either. And, as it turns out, that’s perfect for them. Teams need both brash, exciting players who raise the ceiling, and stable, steady veterans who know how to play the map. Flashy plays win games, but controlling games wins series. Impact is a series winner.

It was a bit unfortunate then that in Liquid's two international tournaments last year, they failed to advance past the group stage both times. They were undone by the flashy plays of others, and they never got to a best-of-five situation where Impact could have shined.

Those losses weren't on Impact. But he took them personally, and he resolved to change. 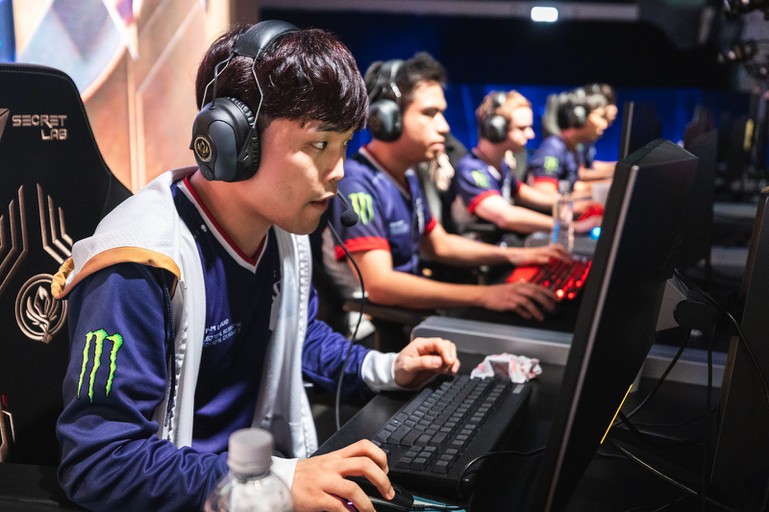 Ask Impact about his performances, and chances are you'll get a respectful, thoughtful, humble answer. It's not that Impact doesn't have pride in his play. But as someone who's been to the top before, he doesn't need to talk about where he's been.

Even when Eefje "Sjokz" Depoortere caught Impact a few days after Liquid finally advanced past groups at MSI, he largely demurred.

"I'm not fully satisfied," Impact said when asked about his performances so far. "I didn't beat everybody. I'm still learning from other top laners. I don't feel like I'm the number one top laner here."

That's classic Impact humility. It's also reality. He can't take over games one-vs-nine like some of the other tops at this tournament. He's not afraid to show his self awareness and figure out way to be even greater.

He's clearly hungry for more. And this year, he's turned his hunger into a new way of playing top lane. 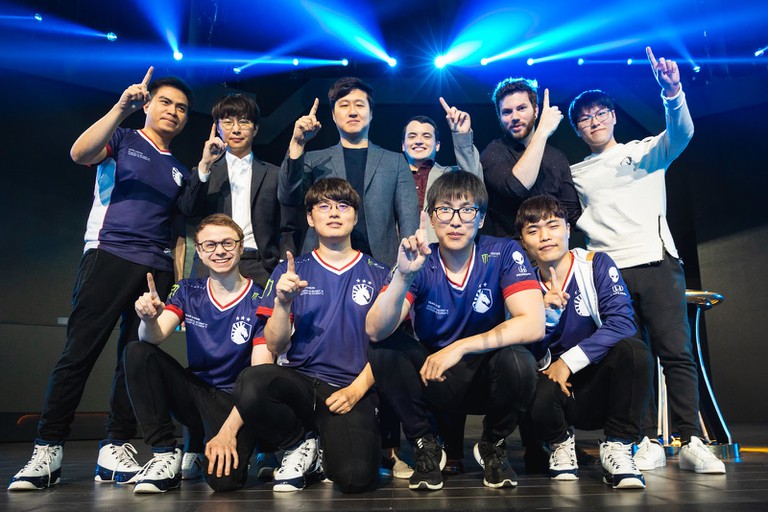 Like C9, Liquid rarely play around him. Sometimes, the way he survives in those starved situations is to pick a champion who's super safe, like Vladimir, or even Gangplank who can generate his own economy. That's the old Impact.

But this year has been different. Instead of automatically turning into a shell because jungler Jake "Xmithie" Puchero is loath to visit his lane, Impact has adapted. He's innovated his champion pool, learning the likes of Kennen, Jayce, and Ryze.

His Kennen has admittedly been rough. It was only 4-3 in LCS play in the Spring Split, accounting for half of Liquid's losses. He played Kennen twice as Liquid fell into a 0-2 hole to TSM in the finals.

But then something interesting happened. He figured it out in the middle of the series. It wasn't like his Kennen had been bad—Liquid's lack of top priority and sloppy lane allocations meant they couldn't take advantage of his split pushing power. But Impact stuck with it, and in game four, he pulled out a deathless Kennen game and Liquid tied the series.

In the MSI semifinals against Invictus Gaming, Impact's champion pool stunned last year’s world champions. Impact played Neeko and Sylas in the first two games as Liquid raced out to a shocking lead. Then he locked in Kennen and Invictus won. Again it wasn't his fault—IG's Song "Rookie" Eui-jin took the matter out of everyone's hands.

But instead of fold, Impact stayed steady. He always does. He locked the Kennen in again and Liquid gutted out the victory. His scoreline wasn't great, and he didn't pop off. But Liquid won. Turns out New Impact wins series too. 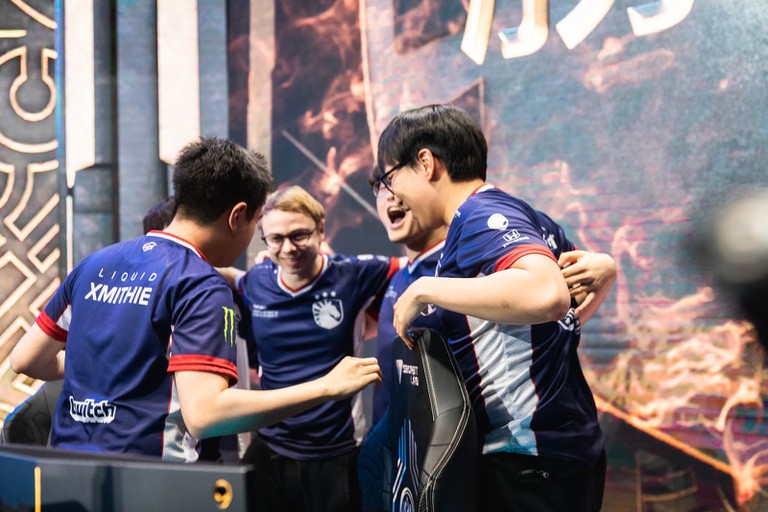 Few appreciate Impact, old and new, like Cloud9 coach Bok "Reapered" Han-gyu did. Reapered made multiple Worlds runs with the quiet, steady veteran. And so when someone told Reapered on his stream that Impact was Liquid's problem, Reapered would have none of it.

"No, you are wrong," Reapered siad. "Impact is the biggest, strongest part of Team Liquid. Impact is the only one with no issue in lane. His lane phase is not even bad. Every time they are losing, even when he plays Sion, he just fucking goes ham. TL fans don't even realize how many times games are saved by Impact."

That's what Impact does: He saves games. He's the no-stats all-star. Yes, his numbers are bad—they have been for some time. But he's also the only Liquid player that seems to know what to do with the lanes past 15 minutes. How to move around the map in the late game. How to set up winning plays.

That stuff matters—ahead or behind, you have to play the right way to win. Invictus learned that in their loss—multiple times they had Baron, and multiple times Liquid defused the siege. Liquid won through macro as much as they did a big teamfight or flashy play.

That play style had Impact written all over it. Liquid finally got into a best-of series, and Impact took them home. The fact that Liquid lost in the subsequent final to G2 means they have work to do. But now they have certainty—they can win at these events, and they can do it behind their top laner who continues to grow.

We've learned a lot about both Team Liquid and their star top laner these last few days—we've seen them stick together, bounce back, and win big. But the biggest thing we've learned is this: Never, ever doubt Impact again.