FW ShiauC on replacing SwordArT: “I want to play against my senpai to see who’s stronger”

With MSI over, ShiauC looks to Worlds.

Despite ending the Group Stage 3-7, this new Flash Wolves roster surprised many fans and analysts who expected very little from their rebirth. This year, ADC Lu "Betty" Yu-Hung stepped up to lead his team, but he could not have done so without support from Liu "ShiauC" Chia-Hao. ShiauC self-proclaims that his greatest strength is in his mechanics, and in a skirmish heavy meta, that’s just what Betty needed to shine.

The Flash Wolves failed to get out of groups yet again, but do show signs of competitive strength, and after fixing some communication issues will hope to reclaim their former might come Worlds. We spoke to ShiauC during MSI about replacing a legendary player like SwordArT and making groups on the new-look Flash Wolves.

You originally joined Flash Wolves for as the sub for Hu "SwordArT" Shuo-Chieh, but now you are stepping into his shoes. How was your first international competition?

ShiauC: Personally, I felt a lot of pressure, because SwordArT was the shotcaller on the team and did a lot to make Flash Wolves as strong as they were. So it’s a lot of pressure on my shoulders to live up to him. 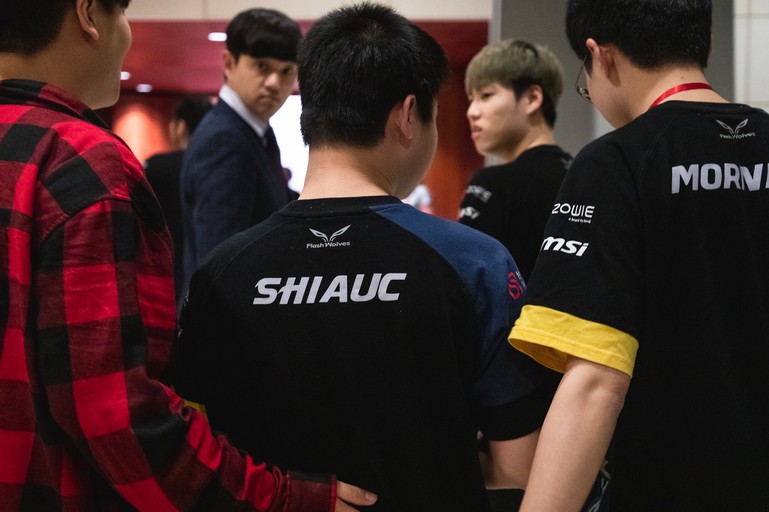 What do you feel is your biggest strength as his replacement? Are you also a strong shotcaller, or is it something else?

I think my strengths are in my mechanics, but as far as shotcalling, it’s much harder for me. I think I have very great reactions, so I have great mechanics and I can coordinate with my teammates quite easily.

So since you primarily just observed the team before last split, what do you think is the biggest change in the strength of this roster vs. that one?

In the past, our bottom lane was the focus and the top lane was just there to absorb pressure, but now all three lanes are trying to carry and we have a much more free and open style to play.

If you were to play against SwordArT, maybe at Worlds or something, would that be exciting? Or would you want more time before then?

Yes, I want to try my hand against my senpai and see who is stronger.

Do you think you could prove that you were indeed stronger?

In terms of team play, I don’t think I could shoulder the responsibility for the entire team, but as an individual, I am quite confident that I can be better than him.

There are a bunch of other famous supports here, were you excited to test your strength against any of the former World Champions?

I think especially [Cho "Mata" Se-hyeong] from SKT. He’s been playing for a long time but has always kept his personal level of play quite high. And in terms of communication and shotcalling, those are things I want to try and learn from him.